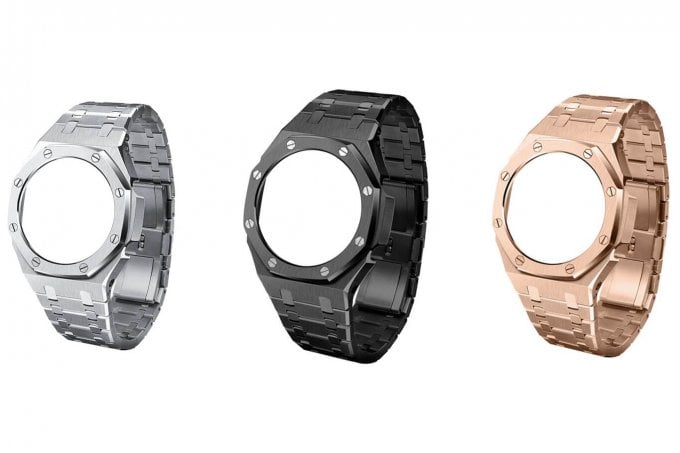 We’ve been reluctant to write about certain unofficial aftermarket parts here, because there’s a fine line between providing value and counterfeiting when it comes to some of these products. We’re not entirely sure what to make of the GA-2100 “CasiOak” metal mod kits. Is it tacky to mod a G-Shock into a Royal Oak homage? Does Casio frown upon the sale and use of such products? Is it still considered a G-Shock watch if the bezel and band are not authentic? We just don’t know, but we do know that these metal mod kits are extremely popular and are probably driving some sales of GA-2100 watches, along with bringing new people to G-Shock.

We have not tried any of these kits, and we don’t endorse them, but they do appear to be well built, and they are very favorably reviewed by customers, YouTubers, and bloggers. The most popular maker is Hontao, which sells its kits on AliExpress. Some of its kits, but not many, are also available on Amazon. 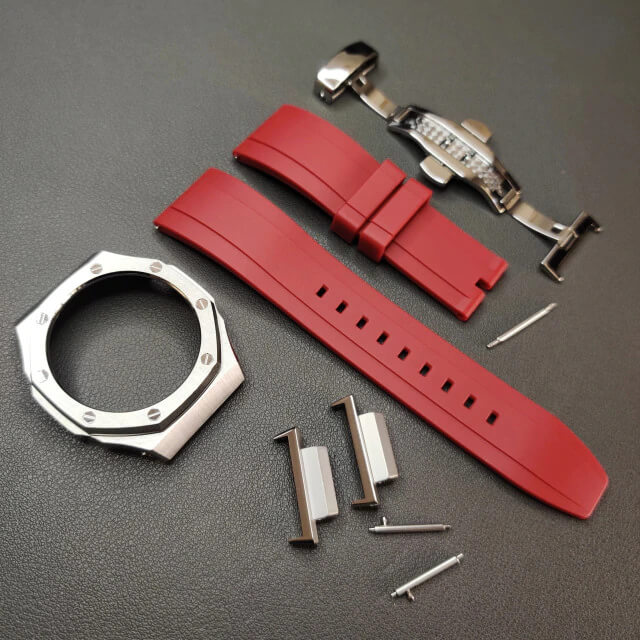 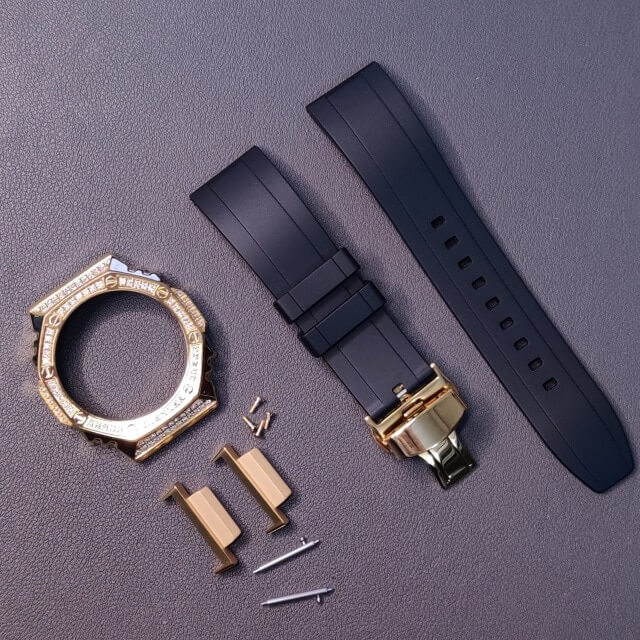 You can also still purchase a second generation metal kit or a first generation kit (the latter which has a band modeled after the GMW-B5000’s with a Casio logo on the clasp, and which we are choosing not to link to for these reasons). The build of the third generation, with its fully attached band, is superior, but it does not fit smaller wrists well. We’re not sure how the earlier generations compare in that regard, but it looks like they might be better for smaller wrists. (You can also purchase only the case part without the band for the first and second generations and use the existing resin band.)

The kits fit all G-Shock GA-2100 and GA-2110 watches, and the watches are not included. All the parts needed for removal and installation, including tools and adapters, are included. Using these kits may compromise the watch’s shock resistance and void the warranty.

The popularity of these kits and the GA-2100 series in general raises the question of whether G-Shock will release a metal covered model, perhaps a GM-2100. It seems inevitable and is probably just a matter of when.