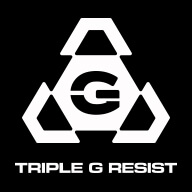 The Casio G-Shock GPW-1000 Gravitymaster has the distinction of being the first G-Shock watch to feature GPS hybrid technology with its GPS Hybrid Wave Ceptor feature. This is basically Multi-Band 6 radio reception time syncing plus the addition of GPS satellite signal reception as a backup in case the watch is somewhere out of range from the six worldwide radio signal stations. This means that the watch can sync anywhere in the world, in any time zone, and it can also determine its location from the GPS signal and adjust the time zone and DST itself. Other top of the line G-Shock watches like the MRG-G1000 and the new MTG-G1000 also have this GPS hybrid feature and while they are equally tough watches, they have more of a luxury look and the GPW-1000 is considered to be more of a serious outdoors watch. The GPW-1000 has a more rugged design with a resin frame offering some additional protection on the outer edges and front sides of the bezel. The watch also has a resin band with carbon fiber insert that makes it more suitable for outdoor use. The FC models feature a composite metal and resin band with a folding clasp. Other features include Tough Solar power, Triple G Resist (shock/g-force/vibration), 200M water resistance, a sapphire crystal, LED light, neo-brite luminous hands and markers, world time, beeper alarm, chronograph, countdown timer, and full auto calendar.

The GPW-1000 is part of the G-Shock Gravitymaster family, also known as the Sky Cockpit series internationally, which also includes many other aviation models. It would have been nice for this model to have its own unique name (and we tend to only use the Gravitymaster moniker when referring to this watch). In the absence of such a name, the online G-Shock community affectionately refers to it as “The Beast” due to its size (66.0 x 56.0 x 18.8mm) and top of the line status. For an expensive G-Shock watch (list price $950), the GPW-1000 has a surprising amount of variations that have been released, including lighter titanium versions and aged ion plated vintage designs. With the GPW-1000 being a part of the soon to be released Black and Gold Master of G Series, it seems that it is now officially a Master of G model.