Chinese New Year is coming on January 25, 2020. For those outside of China who can’t get the special new year editions, there are other regularly available G-Shock watches in red colors that you can celebrate with. In Chinese culture, the color red represents fire and symbolizes good fortune and joy.

The G-Shock GA-2100-4A is a unique model that is nearly all red. As part of the new mid-size GA-2100 series, this Carbon Core Guard watch is the thinnest current G-Shock at 11.8 millimeters. G-Shock Singapore used this as the base for a special new year collaboration with Jahan Loh.

The G-Shock DW-5600SB-4 is a fun semi-transparent model. While still readily available, this model has ended production and won’t be around forever. 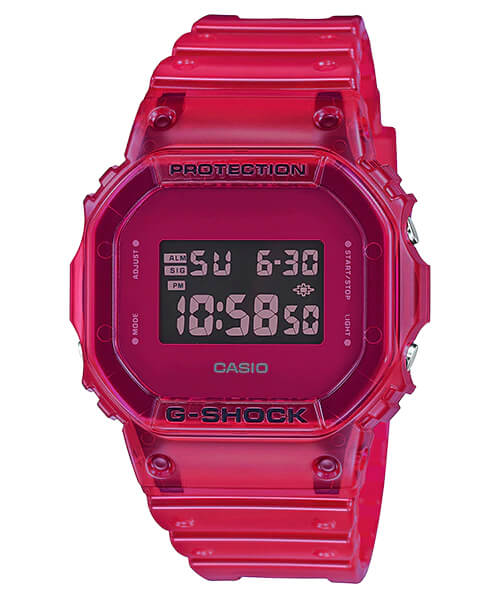 The G-Shock GA-700-4A is an extra-large model with the longest battery life (approximately 5 years) for an analog (non-solar) G-Shock.

The G-Shock GA-800-4A is an affordable mid-size model with three hands (something other affordable analog G-Shocks lack), and it has some unique features like a one-press stopwatch start button and a 120-record lap memory. 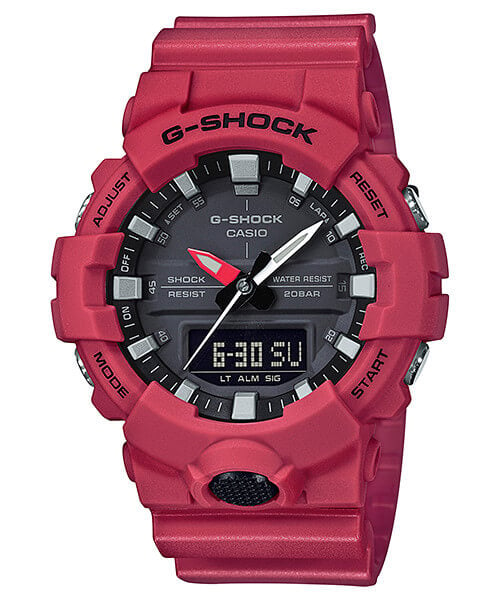 The G-Shock G-7900A-4 is a G-RESCUE model made for emergency rescue workers. It has a tide and moon graph, low temperature LCD, and large buttons designed to work with gloves. This is the most affordable red G-Shock. 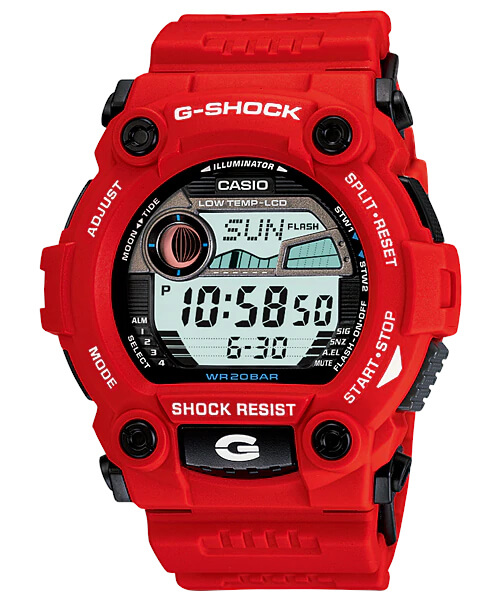 The G-Shock GA-100B-4A is a large analog-digital model with the best-selling 100 series case. (Under bright light, this one can look a little orange, but it is red.) 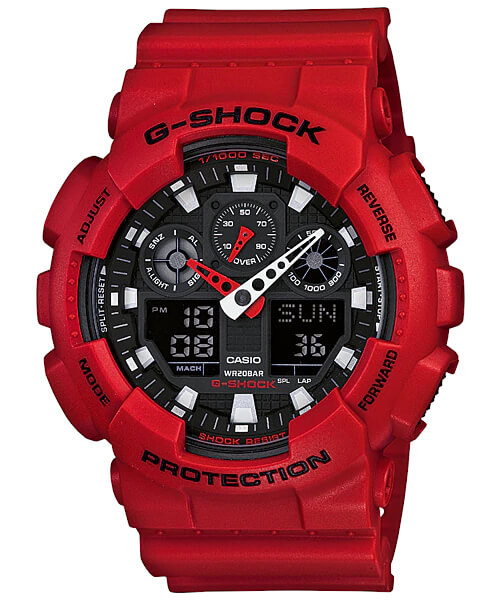