A new FCC device application from Casio has revealed that the G-Shock DW-B5600 is coming. This is expected to be an origin “5600” model based on the original G-Shock case, which is commonly referred to as a “square.” The “B” signifies that the module is equipped with Bluetooth connectivity. The back cover design (fccid.io) for the label diagram reveals that the module number is 3509.

It will be interesting to see how this module and its functions compare with the module of the Tough Solar-powered GW-B5600, which has the same functions as the full-metal GMW-B5000. Considering that the GW-B5600 already exists and that there are no “DW” models with Tough Solar power, it is assumed that the DW-B5600 will not be solar-powered or equipped with Multi-Band 6 radio timekeeping. (Update: With the upcoming release of the GA-B2100 being the first “GA” model with Tough Solar power, it now seems possible that the DW-B5600 could have Tough Solar power too, but we would have expected it to be “G-B5600” if that was the case.)

We’re guessing that the DW-B5600 will be released later this year with a price somewhere in the range of $99-$150. There is also the analog-digital GA-B2100 and GM-B2100, Bluetooth versions of the bestselling “CasiOak,” that are expected to be coming soon, possibly this summer. 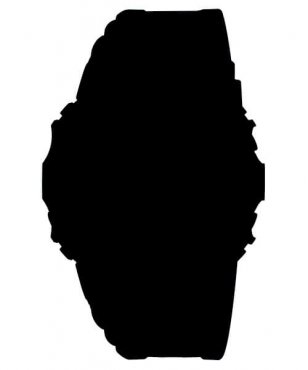