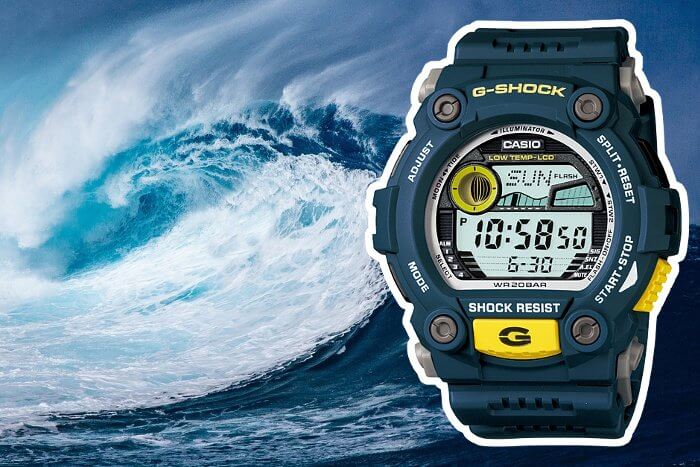 The blue and yellow G-Shock G-RESCUE G-7900-2 is usually associated with being an overseas Asian and European model but it is also sold by Amazon.com in the U.S. (Be sure to select Amazon.com as the seller to get the 1-year Casio warranty). The G-7900-2 case has an extra rugged style and is designed for emergency rescue workers with its large glove-friendly buttons and tide and moon graph. The unique colorway will match a variety of outerwear or team colors and provides a refreshing alternative to the standard black-red G-7900-1 (amazon), green G-7900-3 (amazon), and red G-7900A-4 (amazon).

Another recommended G-RESCUE model is the Tough Solar/Multi-Band 6 version of the 7900, the GW-7900-1 (amazon), which is also sold by Amazon.com.

The Casio Store on Amazon.com has been updated