Mainly known for selling the basic and classic G-Shock watches (aside from the many offerings of its third-party sellers), Amazon.com has been adding a bunch of newer G-Shock models as well as some rather surprising ones lately. Not that we’re complaining as we welcome the efficient order fulfillment, easy return policy, and 1-year Casio warranty that Amazon offers on G-Shock watches that are “sold by Amazon.com.” This latest addition is also a surprising one, the G-Shock GA-120BB-1A, a basic blackout model that was first released in March 2012 and had its production discontinued according to G-Shock Japan.

Note that Tough Solar is listed as a feature on the Amazon product page but this model does not have Tough Solar.

Another recent Amazon addition is the GWG-100-1A3 Mudmaster with khaki green band and featuring Tough Solar and Multi-Band 6. 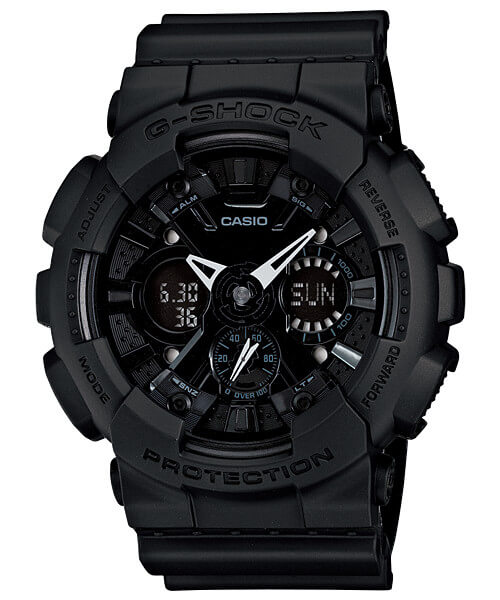