For this list, we are defining tricolor rainbow G-Shock watches as those in which the bezel, upper band, and lower band each have a different color. (We are not referring to the “rainbow IP” models that have a stainless steel bezel with a multi-color ion plating, although such models may qualify.) These multicolor models are rather uncommon but also sought after, and they seem to be increasing in frequency lately. The average person may never consider wearing one of these, but they can make a great accessory with the right outfit, or just a cool collectible on a display shelf. Most of these models were limited editions or have been discontinued, so eBay may be the only place to buy them now.

Kashiwa Sato x G-Shock DWE-5600KS-7: 2021. This collaboration with the renowned graphic designer and creative director was limited to Japan, Asia, and Europe. It comes with three sets of quick-release bezels and bands (clear, green, orange) that can be mixed and matched for a total of 27 possible combinations. 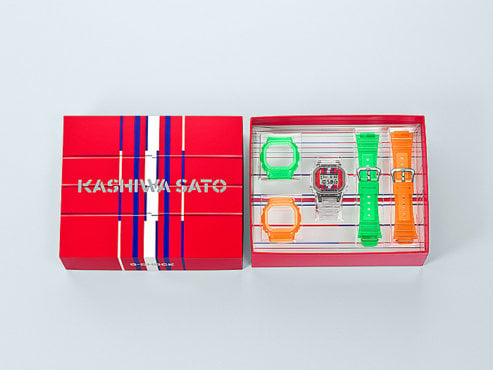 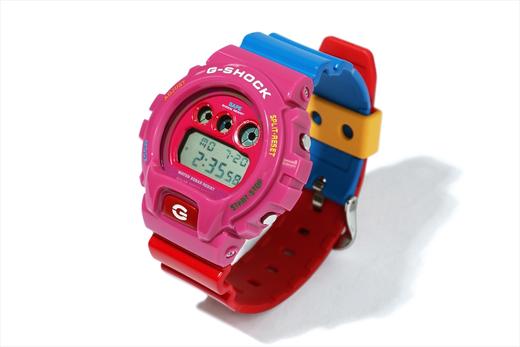 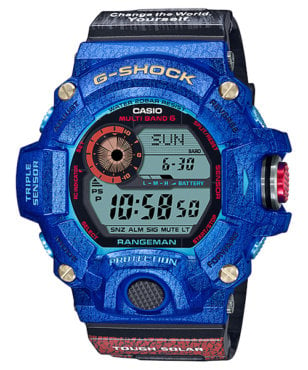 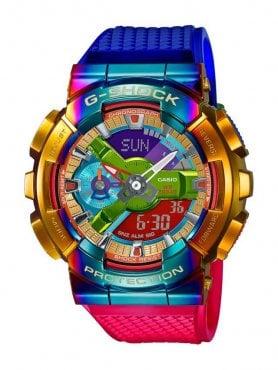 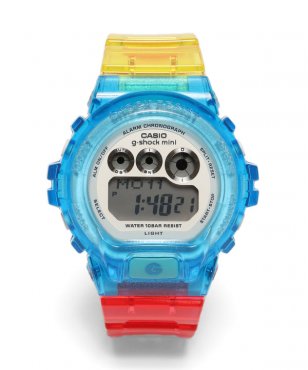 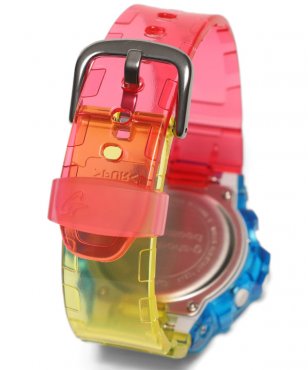 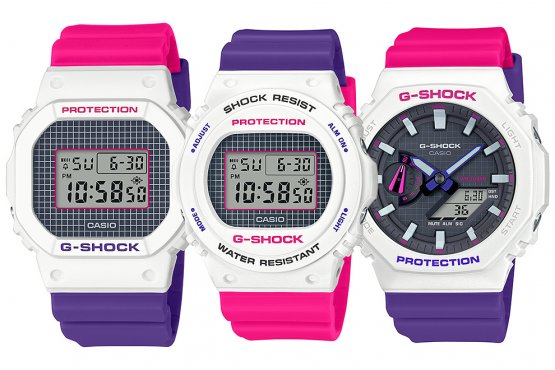 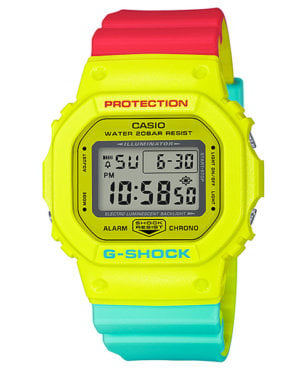 No Comply Series: The No Comply Series was made in collaboration with German artist Marock and features a “No Comply” graphic on the EL backlight and a tricolor scheme with dual-layer bands. Models include the white-black-orange DW-6900NC-7, blue-yellow-dark-blue GD-120NC-2, and red-cream-gray GD-120NC-4. 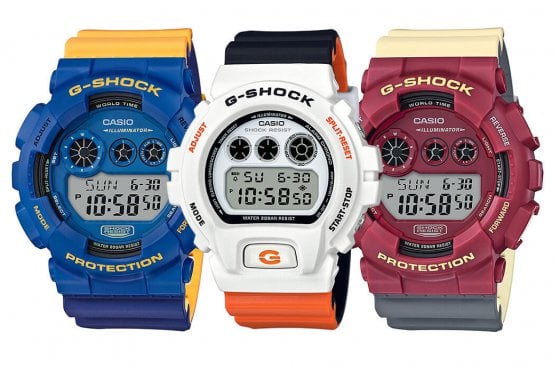 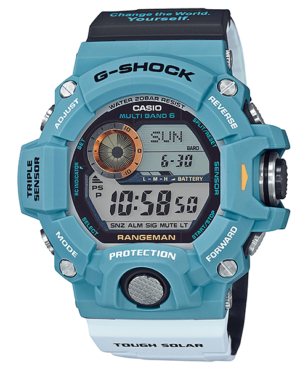 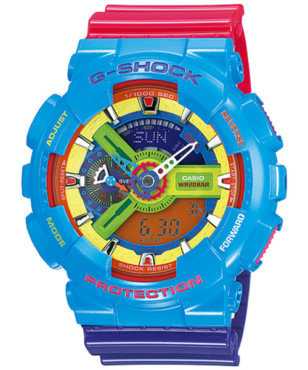