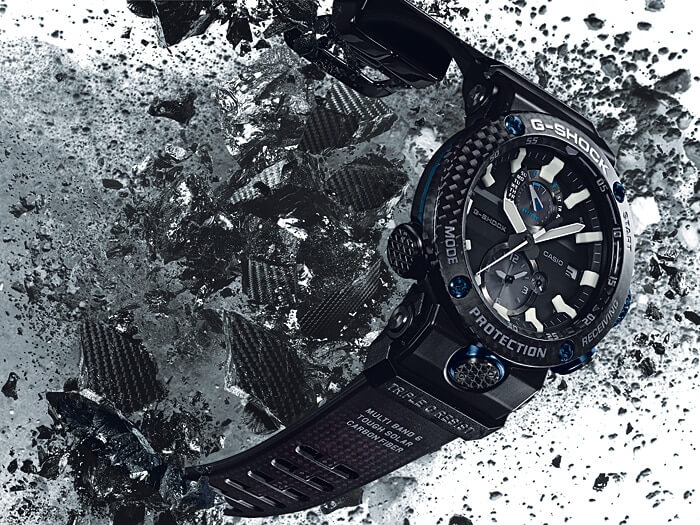 The GWR-B1000-1A1 is a unique G-Shock model that has a lot of luxury stylings while retaining a certain sportiness. It was the first G-Shock watch with a carbon monocoque case and one of the first Carbon Core Guard models, allowing for a simple and straightforward design with guardless buttons. Some of the notable exterior features include a carbon fiber insert band, rust-resistant titanium metal parts, sapphire and spherical glass, and a carbon fiber bezel. Internally, the watch has Tough Solar power, Multi-Band 6 radio timekeeping, Bluetooth mobile link, and Triple G Resist for protection against shock, g forces, and heavy vibration. Another unique feature is the stopwatch with flyback and direct timing start from timekeeping mode. Other useful features include a 24-hour countdown timer, daily alarm, dual time with 27 time zones, day and date display, Super Illuminator LED light, and 200-meter water resistance.

Its relatively smaller size (50.1 x 46.4 x 16.9 mm) makes the GWR-B1000-1A1 a good choice for those who might otherwise shy away from some of the more expensive G-Shock watches due to their larger sizes. The weight of 72 grams makes it the lightest Gravitymaster watch ever.