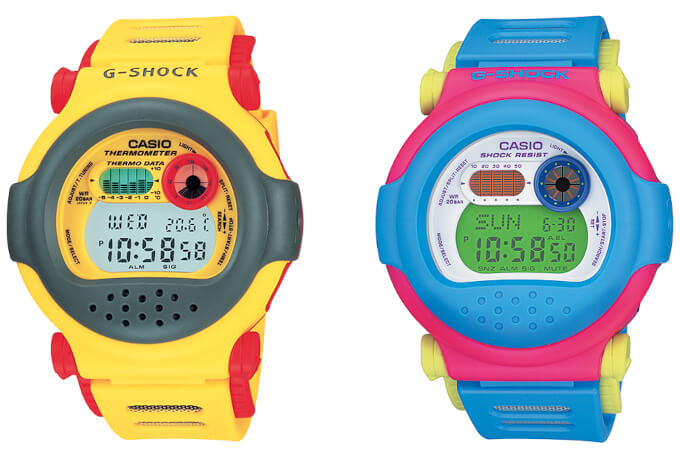 (Update: In response to this article, fan site ZonaCasio reported that the “amazing” GA-B001 is not related to the DW-001 or G-001 at all and stated, “The GA-B001 is a model that initiates many new things in G-Shock (starting with its unusual numbering), both aesthetically and constructively speaking … there is nothing like it in the history of G-Shock” (translated by Google), which sounds even more exciting than an analog Jason. It also stated, “The new G-Shock model will break the mold with everything known so far in this type of watch.” ZonaCasio also reported that there is an information embargo on the GA-B001 that ends in August. We apologize for any “controversy” our speculation may have caused.)

Another leaked upcoming watch, reportedly coming after autumn according to fan site Great G-Shock World, is the G-Shock GA-B001. Longtime fans will recognize the “001” from the DW-001 (left) and G-001 (right), also known as the “Jason.” It seems logical to assume that the GA-B001 will be based on those models but in an analog-digital style with hands. (There was also a GT-001, but we highly doubt that the GA-B001 is related to that.) It’s also possible that the GA-B001 is something entirely new.

What stands out about this release is that, according to the “B” in the name, it is equipped with Bluetooth. If based on the DW/G-001, we would have expected a more basic and lower-priced model to start with, although many Bluetooth-equipped G-Shock watches still fall within the affordable range ($150-$200). Though popular in the past, the G-001 has been more of a retro cult model in recent times, with its last appearance being in 2018 with the G-001BB-1.

The DW-001 launched in 1994 and features a thermometer with memory and sunrise/sunset time display. The sensor is below the holes on the lower half of the bezel. This unique section gives the watch a masked appearance, which earned it the nickname “Jason” after the hockey mask-wearing villain from the horror movie “Friday the 13th.” Casio described the design as “capsule tough,” as the bezel has a round capsule-like appearance with a resin-covered case back. The G-001 was active from 2010-2018 and has the same mask-like bezel, but it does not have a thermometer or sunrise/sunset time. If based on the DW/G-001, one major question is whether the GA-B001 will retain the mask-like bezel or if it will forgo it to make more room for the display (with the latter seeming more likely for an analog model), in which case the “Jason” nickname will no longer apply.

Update 2: So the GA-B001 reportedly has nothing to do with the DW/G-001. Still, we have to wonder why G-Shock chose to go with the “001” numbering for this new model. ZonaCasio has really hyped this model to the point where we expect it to be mind-blowing, or at least very unique and innovative in some way.

Capsule Structure of the G-Shock G-001: 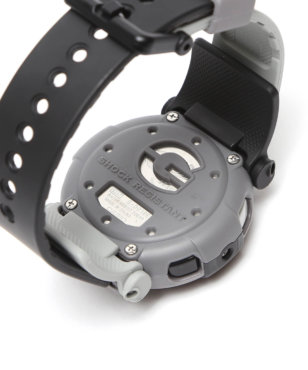 I am so glad Casio is bringing back this model. I also wish they remade the G-7800.

Sorry, but they are not bringing it back. See “Update” at top.

I read too fast. Lesson learned. thank you.

Unfortunately the GA-B001 is not mind blowing watch