Here’s another unexpected Amazon release that occurs every so often with certain Casio Pro Trek watches. Previously available only in Japan, China, and Europe, the Pro Trek PRW-60T-7ACR is now being sold by Amazon.com which means it includes a 1-year Casio warranty. (The “CR” suffix denotes that it is meant for export markets outside of Japan and it is otherwise the same as the PRW-60T-7A and PRW-60T-7AJF.)

The Pro Trek PRW-60T-7ACR is a deluxe climbing model in the PRW-60 family featuring a titanium band. Is one of two PRW-60 models featuring a hard-link band, the other being the Japan-and-China-only PRW-60FC-1AJF with a composite band.

The PRW-60 series was originally launched with silicone bands but those models are not officially available in the U.S. 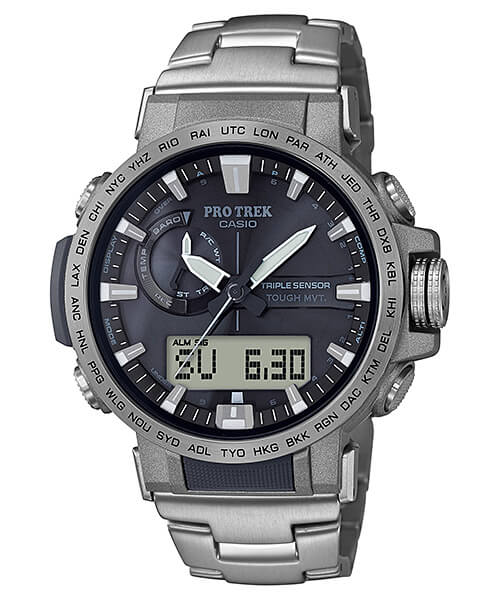