GMW-B5000MB-1: This full-metal stainless steel square features a honed finish that gives the black ion plating a matte appearance. Casio describes the ion plating color as “one shade lighter than conventional black,” and the hairline finish of the top bezel exposes the silver color of the stainless steel. The watch was announced for Japan, Asia, and Europe so far, and will likely be released in the U.S. 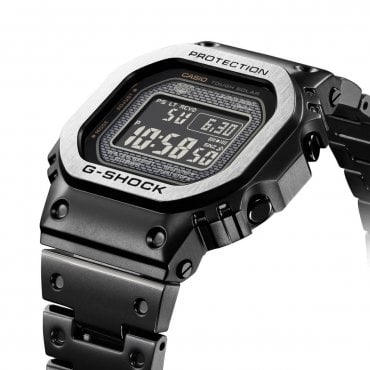 There’s currently only one hands-on video available (in Japanese). You can see how the matte finish distinguishes it from other GMW-B5000 models.

MR-G MRG-B5000: The MRG-B5000 series is being released worldwide and has been described as the “ultimate square.” Though we believe that title should still belong to the 18-karat gold G-D5000-9, the MRG-B5000 is much more accessible to the average customer (or maybe that should be the “above-average” customer). It is basically the peak square model of the current catalog. The MR-G series celebrated its 25th anniversary in 2021, and G-Shock and the original DW-5000C (which the MRG-B5000 is styled after) will celebrate its 40th Anniversary in 2023. 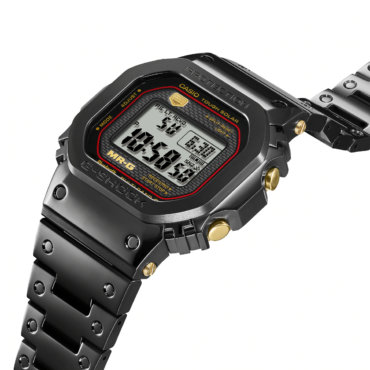 Asia: The Rubik’s x G-Shock GAE-2100RC-1A, which was already released last month in Japan and the West, is a March release in other Asian countries. 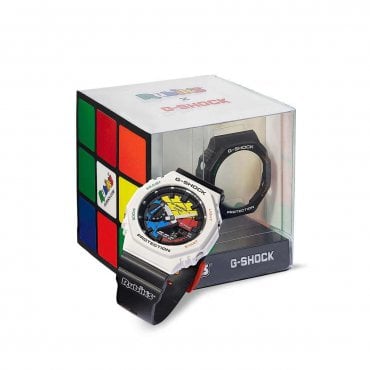 I just saw the GA-900SKL-2 blue jelly model listed as new on Casio USA website for $130 so now it seems so far Japan is the only market not getting that one. Strange! Even more strange on the Casio USA website is that the Burton collaboration GW-9400BTJ-8 is listed as new for March 2022 at a price of $480. But that model was released years ago in December 2015 and discontinued in early 2016. So what is up with that? Have Casio resurrected an old collaboration from the grave? Very weird, perhaps you know more about this?