The following G-Shock releases are confirmed for December 2021. Some models may be released later outside of Japan.

AWG-M100SVB-1A: This mid-size analog-digital watch with Tough Solar and Multi-Band 6 is part of the Virtual Blue Series.
Confirmed: Japan (AWG-M100SVB-1AJF ¥26,400) 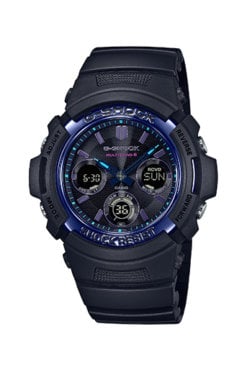 GA-2100HT-1AJR: This limited edition collaboration commemorates the 40th anniversary of the beginning of the career of Japanese guitarist and musician Hotei.
Confirmed: Japan (¥22,000), Asia (GA-2100HT-1A) 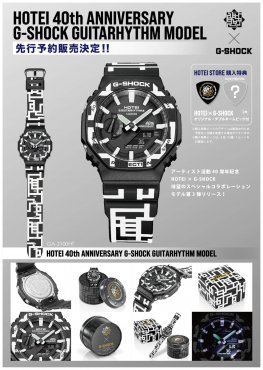 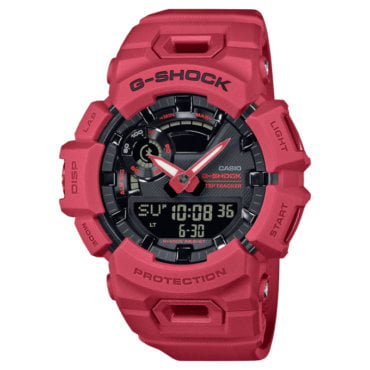 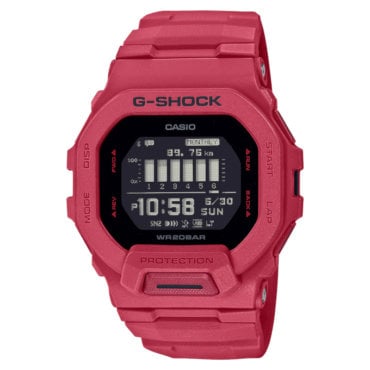 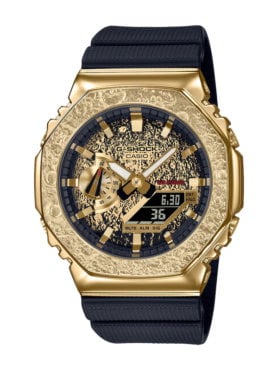 MTG-B1000CX-4A: This limited Chinese New Year edition celebrates the Year of the Tiger for 2022. Announced in November, it is an early December release in China and is expected to get a wider release later.
Confirmed: China (¥8,490 CNY) 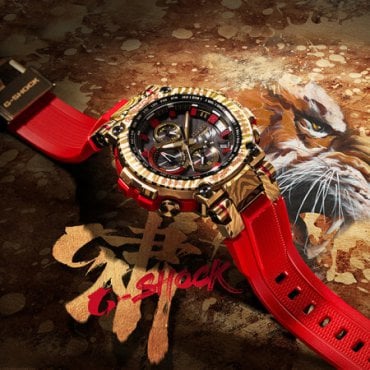