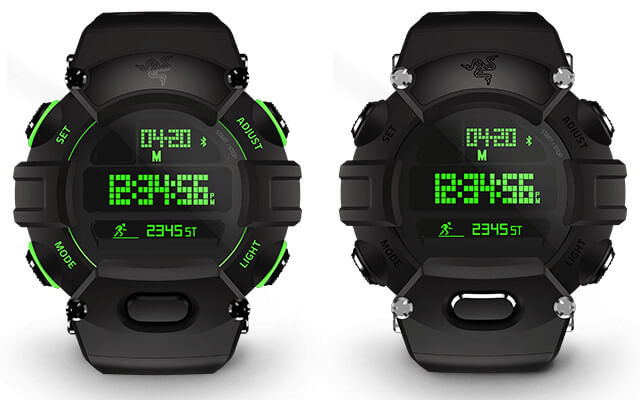 The new Razer Nabu Watch looks suspiciously like a G-Shock Mudman G-9000 crossed with a Rangeman GW-9400. It is made of polycarbonate materials, is shock resistant to a 5-meter drop and water resistant to 50-meters. The idea here seems to be more of a tribute than a direct copy, as the Nabu Watch’s main selling point is not toughness but its smartphone connectivity and Nabu fitness features. It is essentially a big digital watch combined with a Razer Nabu fitness band.

See more and order at www.razerzone.com/nabu-watch

We like the idea of the watch’s connectivity features having a dedicated display and separate rechargeable battery, but we have to wonder if Razer would have been better off with an original design more in tune with their sleek gaming laptops rather than copying modern G-Shock styles. The price is certainly reasonable and hopefully the rugged design will alleviate the build quality issues people seem to be having with the Razer Nabu Band on Amazon.

The price is too good to be true. It has to be mediocre in some way. Anytime tech looks like a steal it probably just garbage. I’ll wait for a review.

This site is great! The watch described above has a long way to go! As for “connectivity” most Gshockers are into G’s because they understand how much it means to be Off The Grid with their equipment.