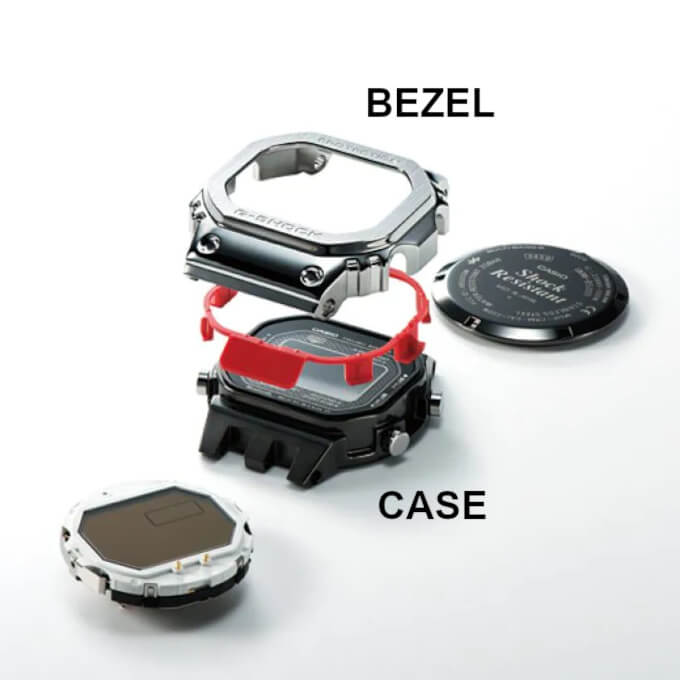 When it comes to G-Shock watches, the “bezel” is the full front part of the watch around the display and case. For example, on a GMW-B5000, it is not only the protruding octagonal part immediately surrounding the display, but the entire piece of the front housing. The “case” is the sealed part beneath that which houses the module. The display glass, watch band, and back cover are attached to the case. In this photo, the bezel is the whole silver part, and the case is the black part. A G-Shock bezel may also consist of multiple parts.

There are different degrees of putting this into practice. The following methods are illustrated as extremes for the purpose of explanation, and we are not attempting to classify a group of people in a derogatory manner, although we do acknowledge that some people are unwavering in their position. In reality, a person is likely to use more than one method at various times and to varying degrees, depending on the situation and context.

The inflexible way may come into play when interacting in certain online communities, where it can act as a secret handshake of sorts. Judgmental community members may use people’s terminology to gauge if they are a credible longtime fan or an uninformed “G-Noob.” Of course, most people are not so judgmental, but there is always the risk of a toxic person using it against you. In the worst cases, you may get publicly chastised for it. We don’t condone this sort of behavior, but we are aware that it happens. It should also be noted that in some cases, it may just be a gentle and friendly correction, which shouldn’t always be taken the wrong way.

Online communities are excellent places to share comradery, ideas, and knowledge, and some members are some of the nicest and most helpful people you will ever meet. We are not suggesting that you avoid such communities, but you may want to exercise caution to avoid becoming entangled in arguments and drama, as these situations can quickly escalate.

Fundamentalists may argue that it should always be this way because that’s how Casio defines it in the parts catalog. Yes, but the case is not a part that you can order a replacement for, so getting the bezel and case mixed up isn’t an issue there, and most people will figure out what part they need, especially with help from Casio support or a parts seller. Outside of the parts catalog, there are times when Casio’s use of “case” includes the bezel part, such as with the “size of case” specification. There is also additional literature from Casio, including marketing materials and instruction manuals, that do not always follow the inflexible way and sometimes refer to the bezel as a case.

The use of “resin case” from a Casio G-Shock DW-5600 manual refers to the bezel. It is clearly not referring only to the inner or “true” case.

The casual way acknowledges that the bezel and case are separate entities, but may use other terms in an attempt to convey this. This may include using descriptive terms such as “bezel case” or “outer case” for the bezel, and “inner case” or “center case” for the case.

For those who say that “outer case” is misleading or confusing because it sounds like it could refer to the outer side of the inner case (or vice versa), we would say that you are thinking that because you are rigidly adhering to the inflexible way and arguing over semantics. When describing the exterior appearance of a G-Shock, in an article that includes images, the context makes it quite clear what “outer case” is referring to.

Most people would associate the term “outer” with something you can see, especially when there is other context available to convey that. It might not be ideal to call the bezel the “outer case” or “exterior case,” since there is already another true case, but G-Shock bezels often do have a case-like appearance, and many people associate a case as a covering or housing that can be seen, not as something that is concealed. A case is also not always thought of as all-encompassing and sealed, such as with an aftermarket phone case (another case-like item that is not the true case). While the bezel is not technically a case in the strict G-Shock sense, its bulky and armored appearance on a G-Shock often gives the impression of being a case. Casio sometimes uses the term “bezel case” for the bezel and “inner case” and “center case” for the case. 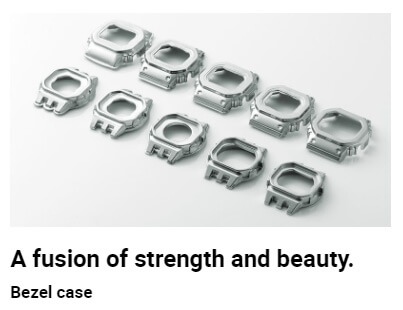 “In particular, the bezel case and center case, which are the key components of the watch’s exterior design…” – gshock.casio.com

There are times when talking about certain models, such as the MTG-B2000 or GST-B400, when it just makes sense to refer to the exterior section (excluding the distinctly separate bezel ring) as an outer case, even though it is technically part of the “bezel assembly” and despite the argument that there is only one case. A fundamentalist will insist that this exterior part is also part of the bezel, but Casio has also referred to it as an outer case. Casio has also referred to it as a “bezel frame,” which is more likely to be acceptable to fundamentalists. 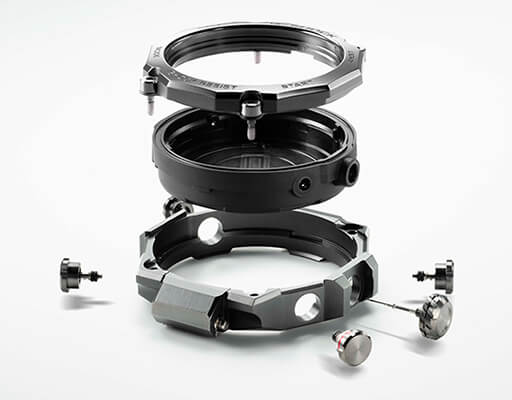 “Separate bezel and outer case construction means each can be finished in different colors…” – gshock.casio.com

With MR-G analog models, like the MRG-G1000 (g-shock.com), the watch has a more traditional structure, and the outer case is actually the case.

In the tolerant way, “case” is freely used to refer to the bezel, and we commonly see many of the top watch sites in the world doing this. While their writers are most likely aware of the proper G-Shock terms, they probably use “case” instead of “bezel” because their readers are accustomed to thinking of the case as being an exterior part, as it is on most traditional watches, and the bezel as being the part immediately surrounding the display.

Should we think any less of these sites and assume they don’t know what they’re talking about? Of course not, unless you want to be a snobby elitist about it. Though some fundamentalists may claim that these sites are spreading misinformation and confusion, we generally have faith in people’s ability to discern what parts are being referred to from the additional context. If a G-Shock bezel is referred to as a case, another term is usually used to refer to the case, such as “inner case” or “interior case,” in order to distinguish between the two parts.

In the grand scheme of things, it’s not a travesty if someone thinks of the bezel as a case. It shouldn’t increase or lessen a person’s enjoyment of the watch one way or the other, and it doesn’t make one more or less of a fan. As people get deeper into G-Shock, they will realize the distinction without needing to be hand-held the entire way. If the ways we refer to the bezel, bezel frame, or case ever cause you any confusion and the images do not help to clarify things, please feel free to contact us and we will do our best to help you.

How to buy the GM2100-1A and other new G-Shock watches
Advertisement:
0 Comments
Inline Feedbacks
View all comments