Japan-based casual fashion label and retailer 24karats (a.k.a. Two Four Karats) is releasing another Casio G-Shock collaboration watch for 2017. Switching to the classic G-Shock DW-5600 this year, the custom model features an all-white case and bands with logos on the face and an EL backlight with “Tokyo” in Japanese writing. The watch comes in a white tin branded with the Two Four Karats logo. The 24karats x G-Shock DW-5600 will go on sale on November 25, 2017 for ¥15,984 JPY at the 24karats Online Store, 24karats Zozotown, and 24karats Flag Shop stores throughout Japan. 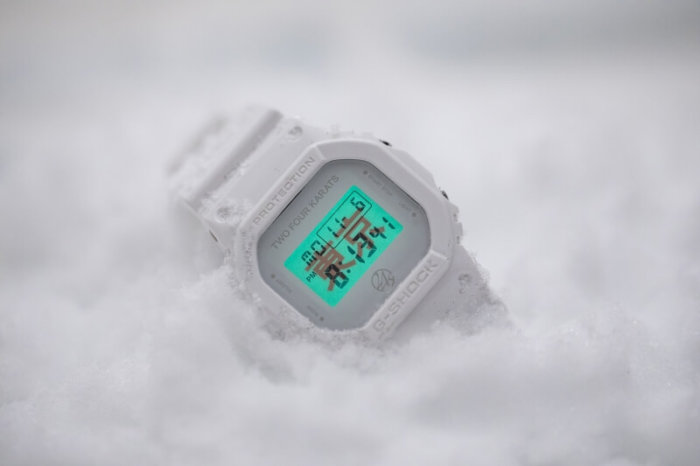 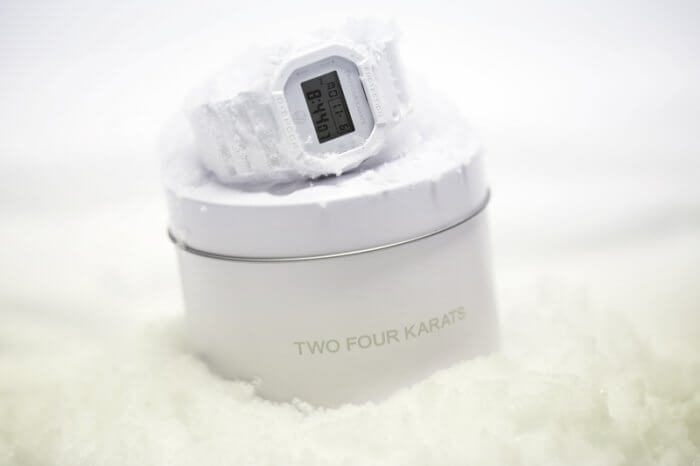