Black face with gold markers and gold front screws. Update: The GST-W110D-1A9 is now being sold directly by Amazon.com. 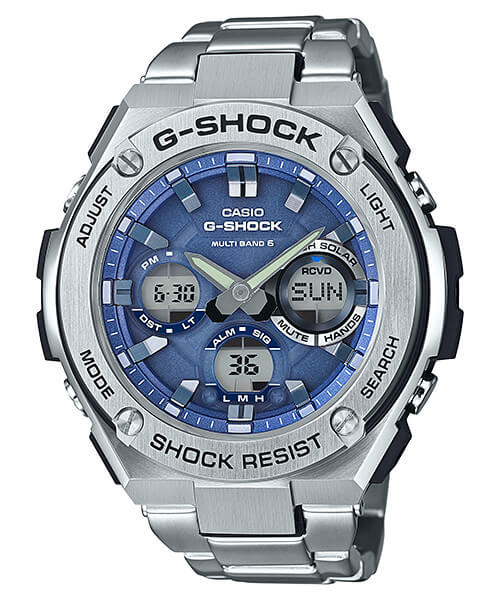 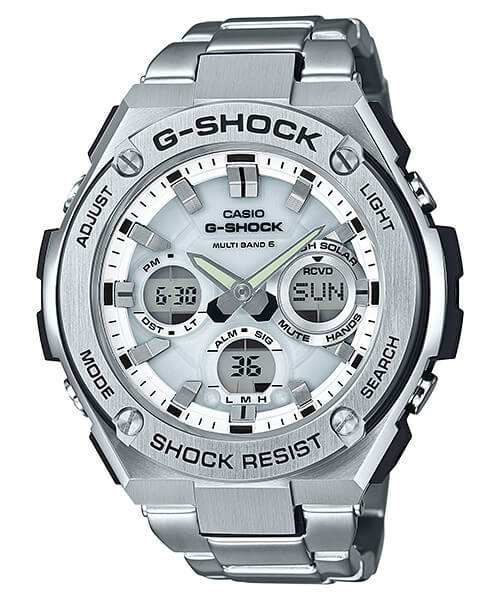