The G-Shock G-STEEL GST-W310D-1A9JF is a September 2017 release that is currently exclusive to Japan. It is part of the G-STEEL 300-series which is a mid-size G-Shock watch smaller than the original G-STEEL 100 series with Tough Solar (and Multi-Band 6 for the Japanese versions). Also in this line are nine other Japanese “W” models with Tough Solar and Multi-Band 6 and nine other international “S” models with Tough Solar. Of these pairs five were were part of the initial launch and four were part of the second wave of releases. The GST-W310D-1A9JF is one of the few mid-size G-STEEL models with a stainless steel band and stainless steel outer bezel.

Update: G-Shock Australia also has the GSTS310D-1A9 listed as an upcoming release so it could possibly be a future North American release as well. The GSTS310D-1A9 shares the same design and features as the GST-W310D-1A9JF but does not have Multi-Band 6. The GST-S310D-1A9 is also an October release in Asia. 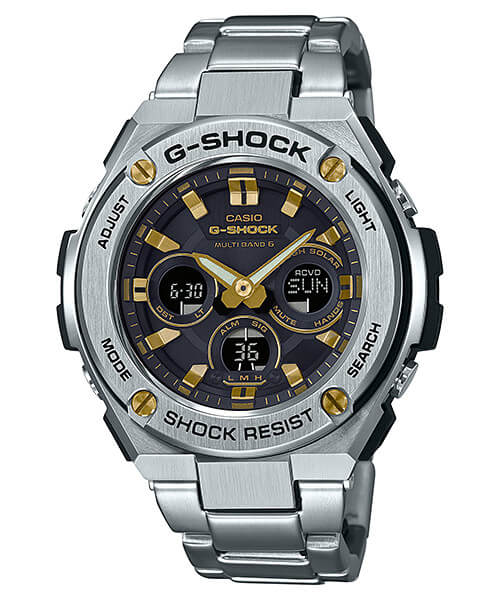 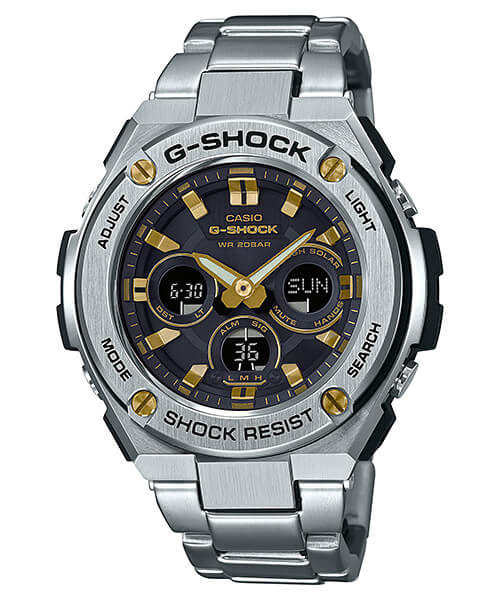 G-Shock G-STEEL GST-B100 with Bluetooth and Tough Solar
Disclosure: G-Central is independently managed by fans and supported by ads. We may earn a commission on purchases from our links to Amazon, eBay, and Reeds Jewelers.