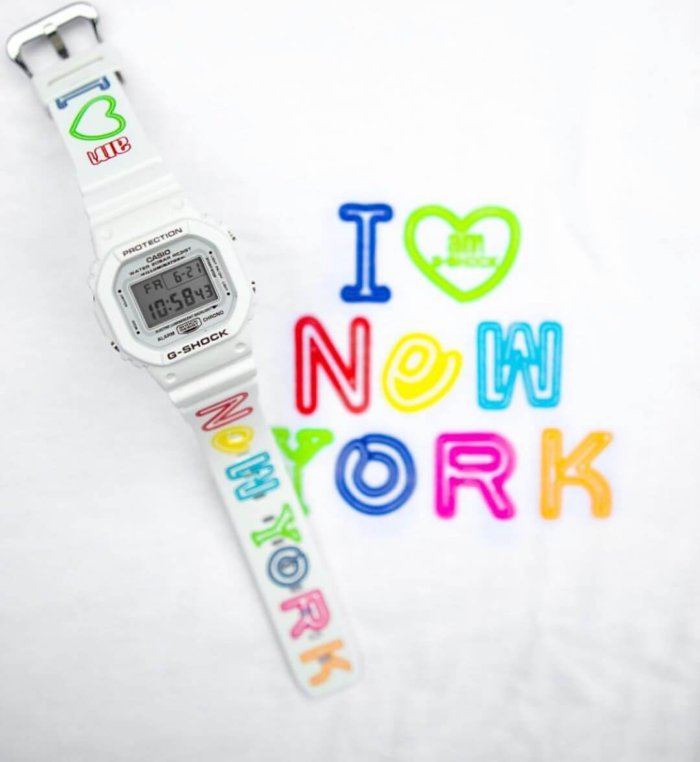 An After Midnight pop-up store will appear on the second floor of the G-Shock Soho Store from June 21 to June 23.

After Midnight (a.k.a. “am” and @aftermidnightnyc) is a New York-based fashion brand specializing in casual streetwear clothing and accessories.

Update: After Midnight revealed the watch: a white DW-5600 with a colorful “I Heart New York” motif on the bands. The watch comes with an exclusive t-shirt and retails for $130 per set. Only 50 sets are available. 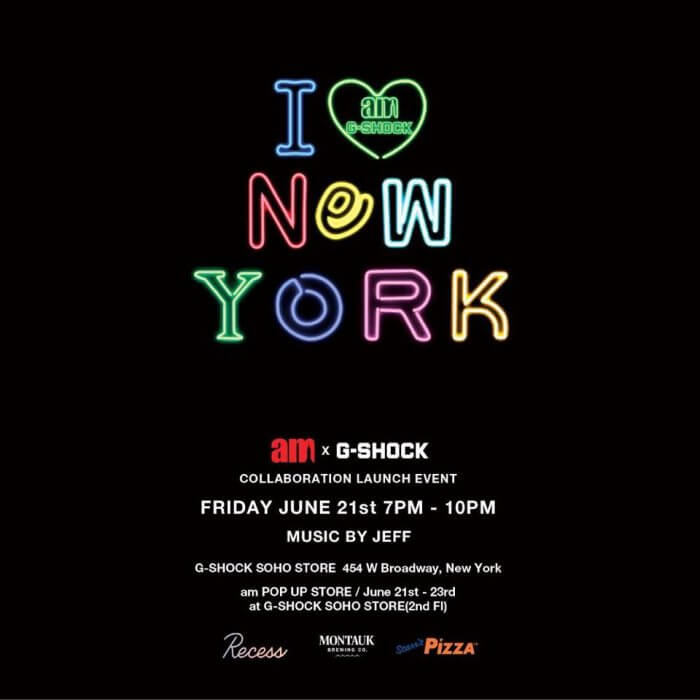