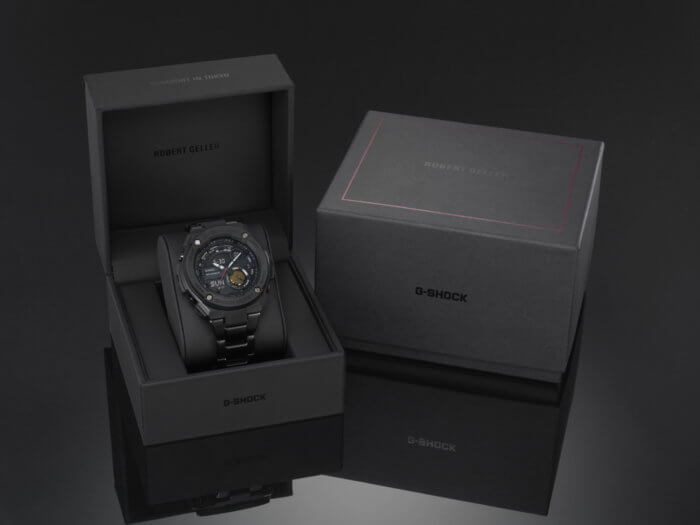 We just spotted this never-before-seen G-Shock G-STEEL GST200RBG-1A Robert Geller Edition on Amazon. The watch is arguably one of the best-looking GST-200 watches with a stealth black color scheme, subtle gold accents on the display, and a dark fuchsia second hand as a nod to Geller’s latest collection. This model has a black IP stainless steel band and a resin outer bezel. The color scheme is inspired by the Tokyo city landscape at night with the theme “Tokyo At Midnight.”

Robert Geller is a New York fashion designer and a regular collaborator with Casio. He has featured G-Shock watches like the G-STEEL and MT-G lines in five consecutive runway shows in New York. This is Geller’s first joint design with G-Shock and the first G-STEEL collaboration watch.

The GST-200 series was the second generation of G-STEEL watches featuring an asymmetrical face design and a battery-powered module instead of Tough Solar utilized by the other G-STEEL series. The G-STEEL line is known for its dual-layer bezel structure and its upscale look at an affordable price point.

Update: Casio America announced the limited edition GST200RBG-1A for a July 2017 release with a list price of $420 USD. The GST-200RBG-1A has also been announced for an international release. 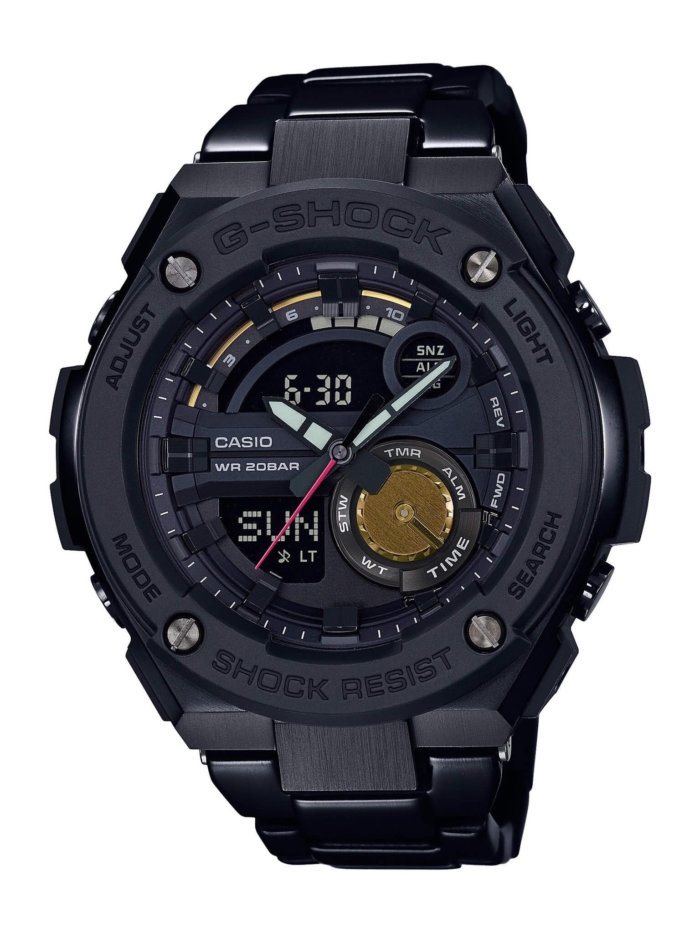 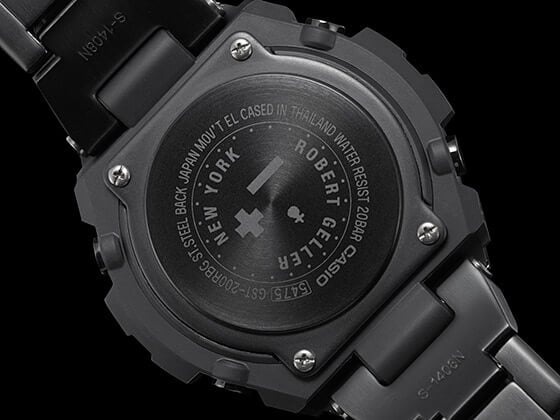 The GST200RBG-1A has a dark blue face which is not so apparent in the stock photo but can be seen here: