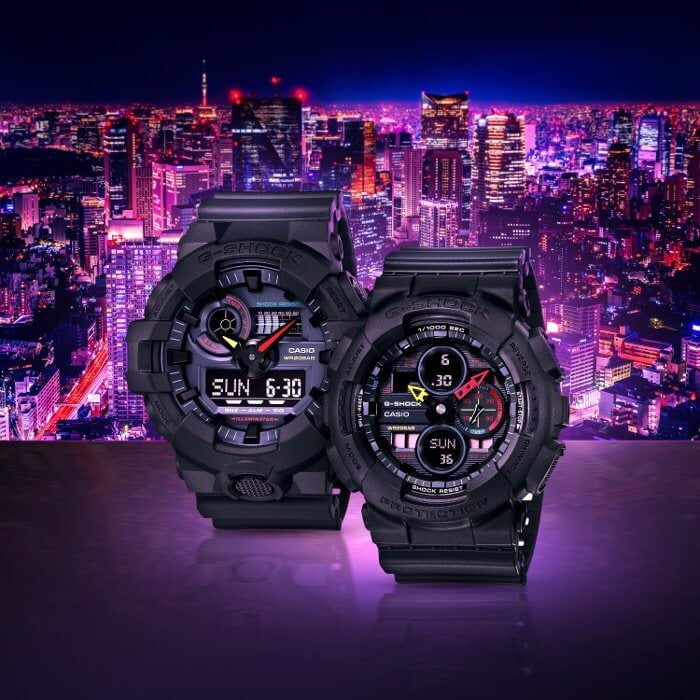 The G-Shock Black x Neon Series, a.k.a. Neo Tokyo Series, is one of the nicest color series we’ve seen lately, especially for those who like an old school G-Shock look that is subtle yet distinctive. Seemingly inspired by the “Neo-Tokyo” of Akira and other classic anime films, the series merges black stealth cases with red, yellow, and blue accents. The Akira influence can also be seen in the latest promotional video (below), which has a retro-style futuristic setting and a driver wearing a red jacket like the character Kaneda. 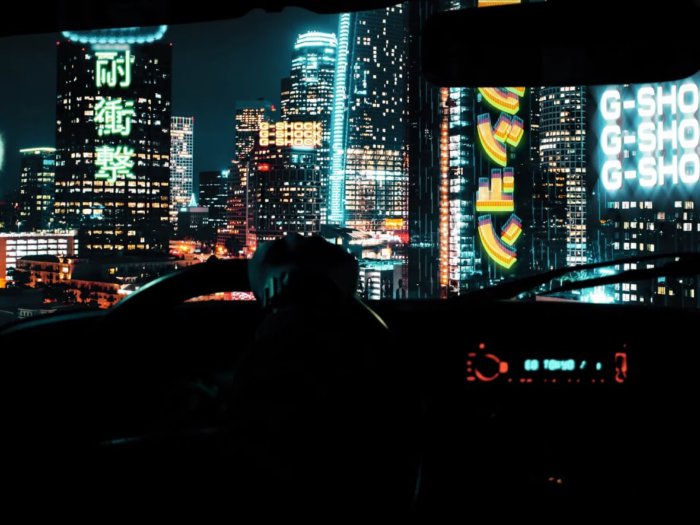