New for August 2019 in Japan, the Black x Neon Series includes four G-Shock watches with blacked-out bezels and neon hands and accents. The matte black bezels represent the night and the yellow, red, and blue neon accents represent the lights that evoke “Neo Tokyo City.” The theme brings to mind the classic 1988 anime film Akira, which takes place in the year 2019 and was promoted with the tagline “Neo-Tokyo is about to explode.” According to Wikipedia, Neo Tokyo” is a common name for a fictional futuristic version of Tokyo often depicted in manga, anime, and video games.” 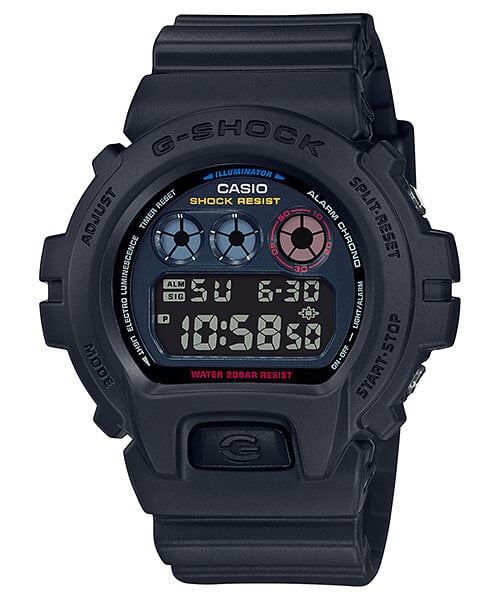 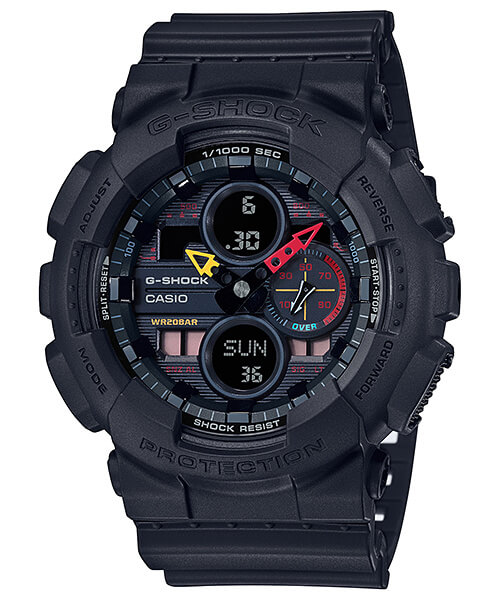 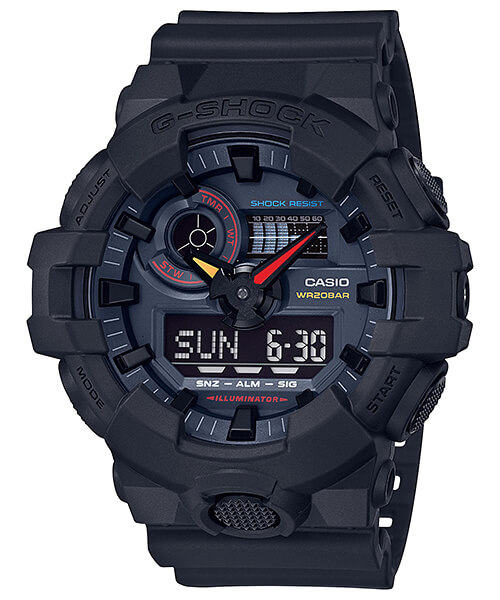 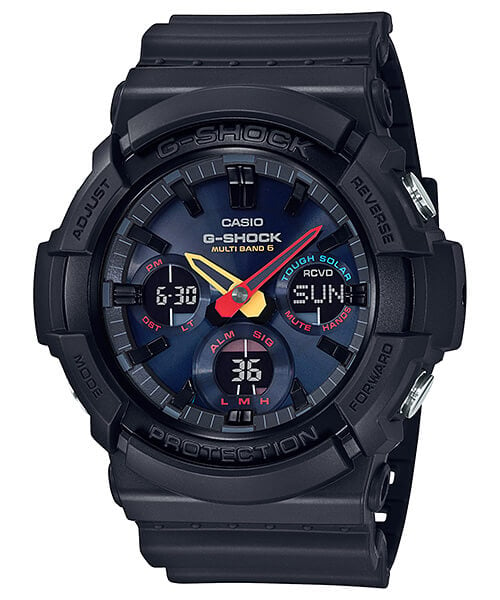 GAS-100BMC-1A: International version with Tough Solar and without Multi-Band 6. 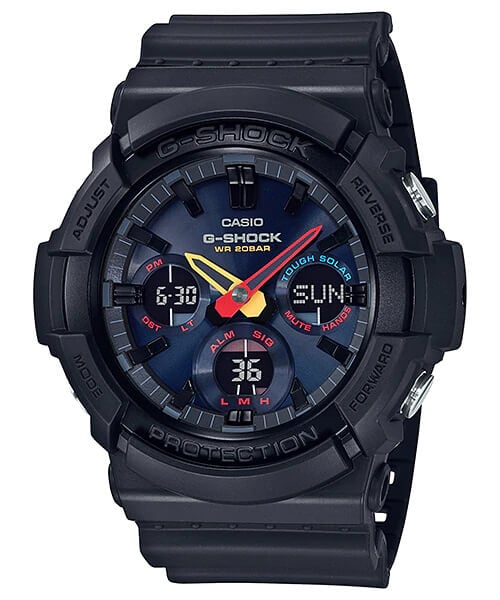 I actually bought the GAW-100BMC-1AJF in Europe/Germany from the official Casio store. Seems to be available where you have a atomic time signal (in Europe via Germany and U.K.).