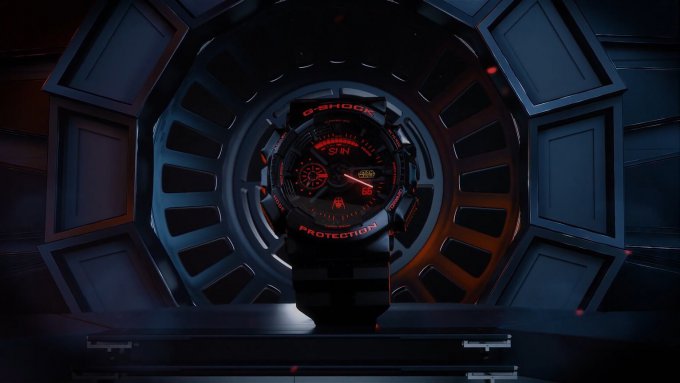 G-Shock Australia revealed a Star Wars x G-Shock collaboration watch in an Instagram post for May the 4th, also known as Star Wars Day. A video shows a watch with a black and red color scheme and a dial adorned with the Star Wars logo and a red image of Darth Vader’s helmet.

The next video in the post is a clip of Han Solo winking with the caption “Gothca,” so the whole thing was just a prank, because jokes on Star Wars Day are apparently a thing now.

The concept video was created by Brazilian designer Vinicius Gasparete as part of a challenge at the Vida de Motion School. The video was originally published on May 4, 2020, so it’s not like G-Shock Australia went of their way to mess with everyone, but that may be of little consolation to some of the fans who initially had their hopes up. For those wondering, there have been some real Star Wars x G-Shock collaborations in the past, such as the Darth Vader-themed DW-5600 from 2005 and limited to 1,000, according to elite-timepiecehk.com.

G-Shock Australia has a new URL and e-commerce site