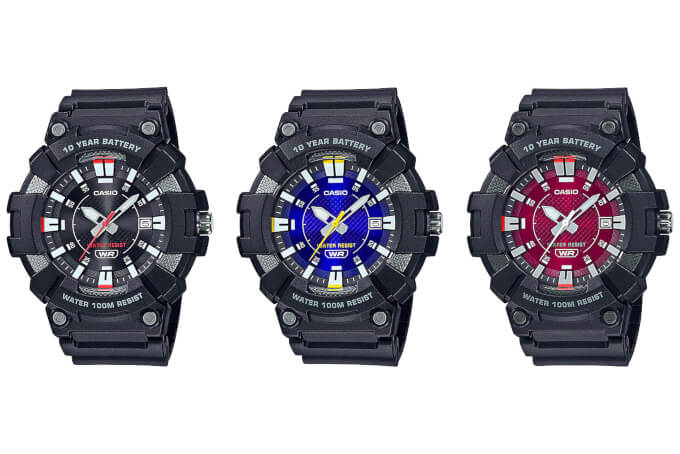 Many (non-G) Casio watches have been incorporating G-Shock-inspired design elements lately, and the MW-610H series is another example of this. The large bezel bumpers give the watch a tough and rugged appearance. You’d be forgiven for thinking it’s a G-Shock at first glance.

The MW-610H doesn’t have the shock resistance of a G-Shock, and the other major downside is that it uses resin glass and not mineral glass. The watch features 100-meter water resistance and a 10-year CR2012 battery. This is a buttonless watch with a crown that just tells the time and displays the date. It has three analog hands, which is something you usually have to pay more for with a G-Shock (as the more affordable G-Shock watches have just two hands, with the exception of the GA-800). The watch measures 53.4 x 49 x 14.6 millimeters, putting it on the larger side, and it weighs 50 grams. You could get a G-Shock DW5600E-1V for around the same price, but the MW-610H is a good choice as a weekend watch for those who prefer traditional analog watches.

The series was released in January in Asia and is available for pre-orders in the U.S. at Amazon (with a release date of February 28). 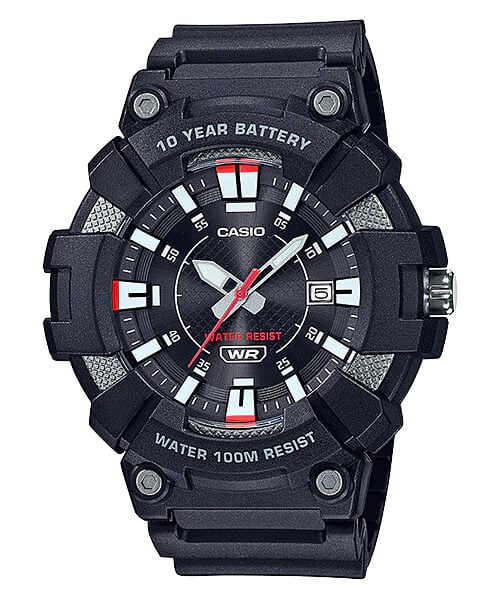 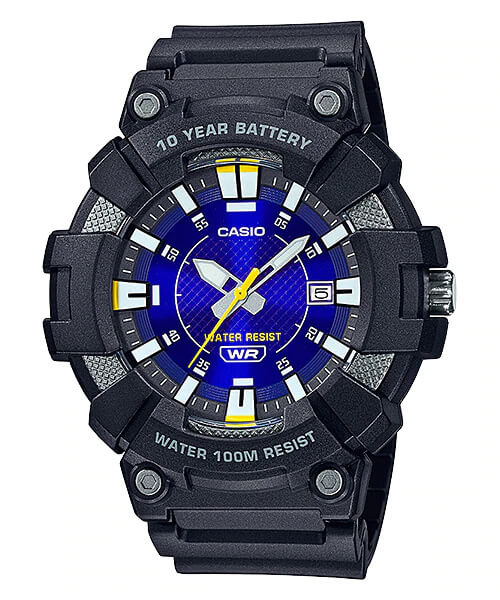 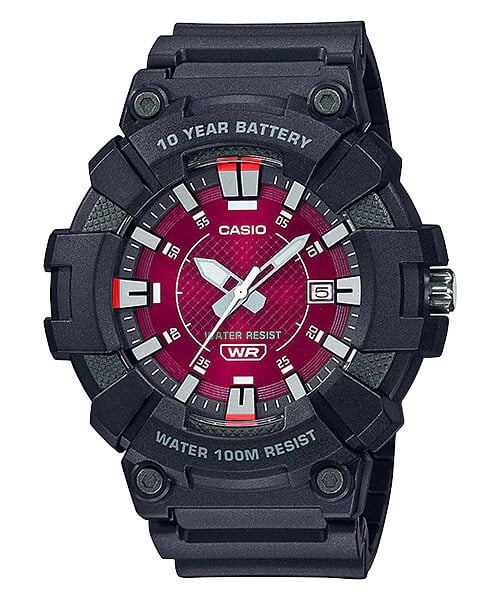 G-Shock GA-B001: Carbon Core Guard with Bluetooth and Integrated Bezel
Disclosure: G-Central is managed by fans and supported by ads. We may earn a commission on purchases from our links to Amazon, eBay, and Reeds Jewelers. Please follow your country's official G-Shock site for additional release information.

I wonder if Casios’s specs are wrong because the CR2012 battery cell is only a 55mah capacity cell compared to over 210 maH on a CR2032 cell that is more then twice as thick at 3.2 mm compared to just 1.2 mm for the CR2012 55 mAh cell. Most likely they mean it has a CR2032 cell because I do not think it is possible to get 10 years from a analogue movement with just 55 mah. As for the watch I like the look of the blue dial one. But the lack of any light is a bummer I can accept no light with older pieces from casio but from new ones I expect them to have a light otherwise no buy from me!

Yeah I was thinking that too at first, but according to casio-intl.com, there are many other 10-year models with the CR2012 battery.
https://www.google.com/search?q=Approx.+battery+life:+10+years+on+CR2012+site:casio-intl.com