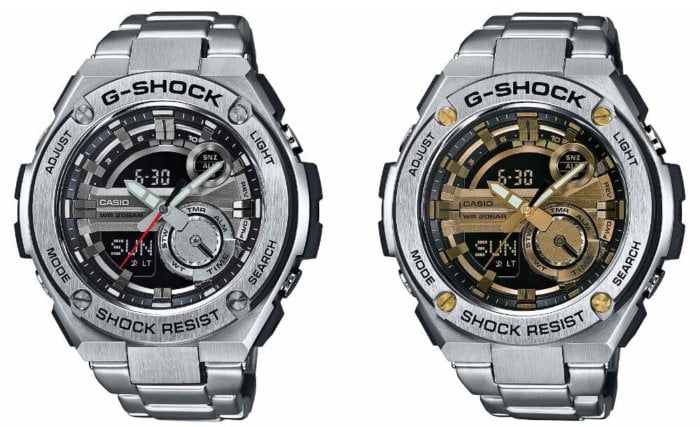 Two second generation G-Shock G-STEEL models have shown up on Japanese e-commerce sites showing a January 15 release. The new models are the GST-210D-1A (silver) and GST-210D-9A (silver with gold face). Each model has a stainless steel outer bezel and a stainless steel band. In contrast to the original G-STEEL watches, they have asymmetrical LCD sub-displays and an analog sub-dial that serves as a function menu. They do not have the Tough Solar and Multi-Band 6 features. The watch uses two SR927W batteries and battery life is rated for 2 years. G-Shock Australia has announced the GST210D-1A and GST210D-9A with a list price of $599 AUD (compared to the original GSTS110D-1A’s $629 AUD), leading us to believe the new G-STEEL watches will also get a U.S. release. There are also more G-STEEL models expected for February. 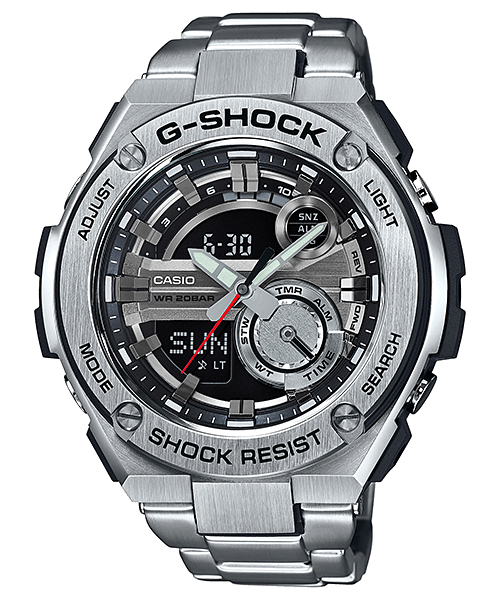 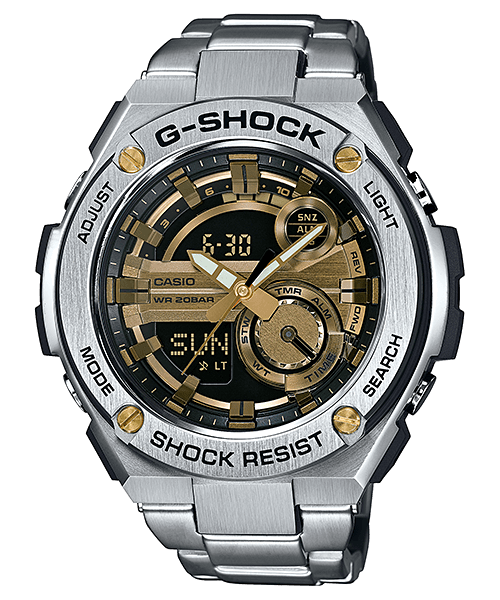