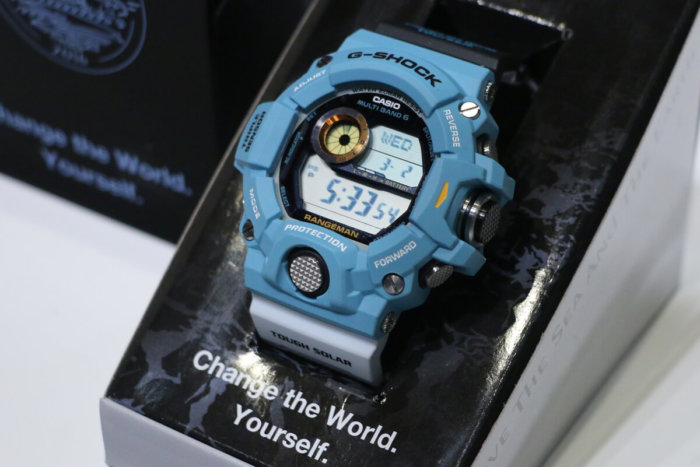 Like last year’s animal-themed GW-9401KJ-3JR that was inspired by the green color of the ghost glass frog, this year’s edition is inspired by the blue-footed booby bird of the North and South American regions of the Pacific Ocean. The black and white bands represent the bird’s black wings and white body and the underside of the bands are the opposing color.

The watch has a Love The Sea And The Earth 2016 engraved case back design and an Earthwatch EL backlight graphic. 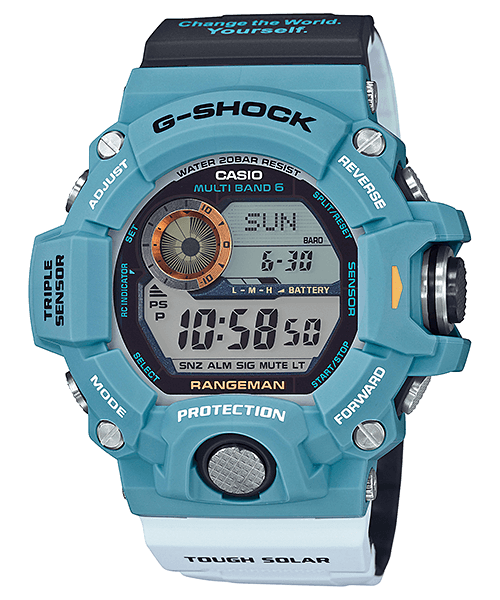 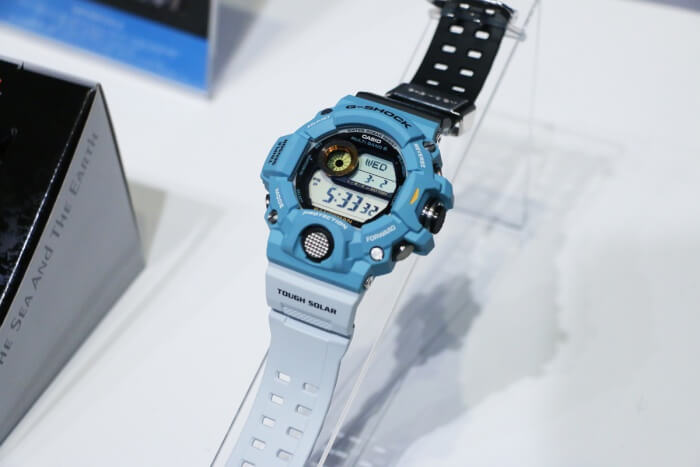 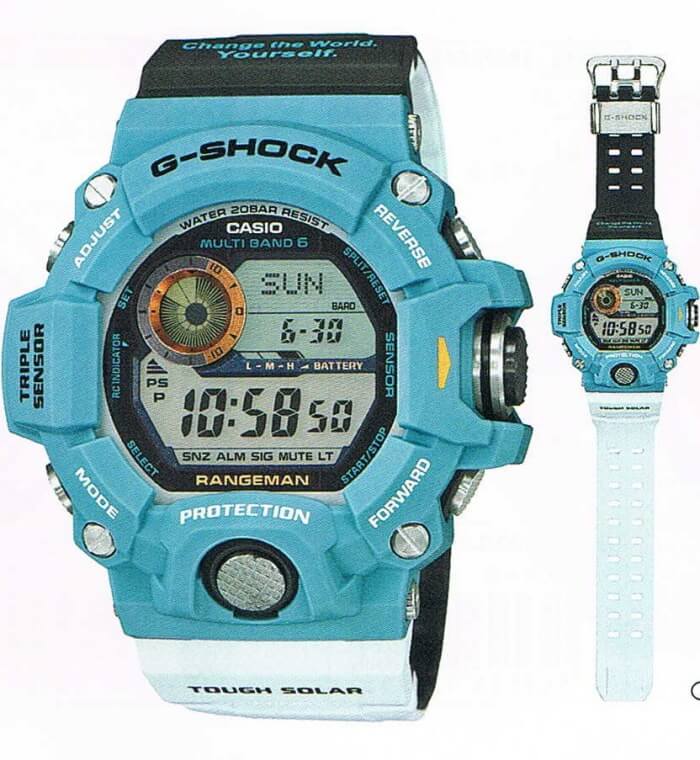 Tags:collaboration, Japan, Love The Sea And The Earth, Rangeman