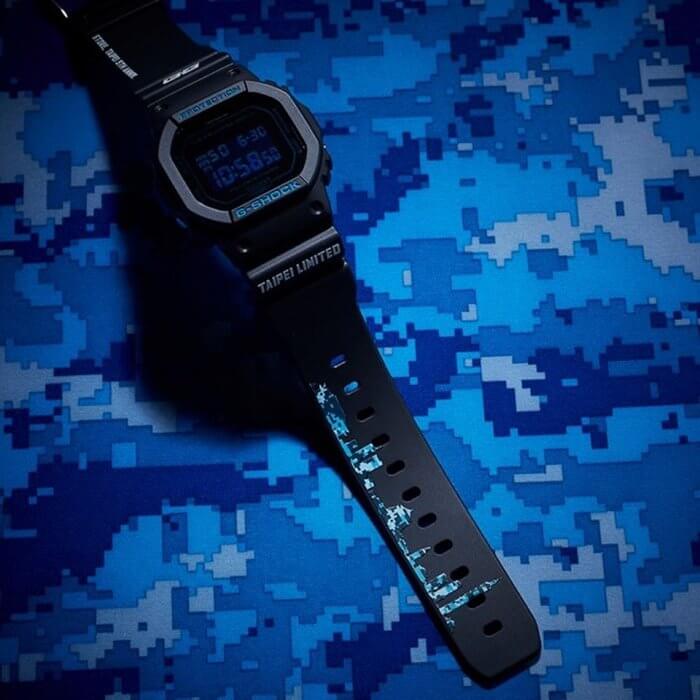 To celebrate its fifth anniversary, the G-Shock Store in Taipei, Taiwan, is releasing the limited G-Shock DW-5600BBMGT5 The watch features blue accents with text and graphics commemorating the fifth anniversary and a silhouette of the Taipei skyline in blue digital camouflage. The watch is part of a set that includes an exclusive box, a waterproof case featuring a big G-Shock logo (that can hold two watches), and a keychain with clip attached to woven parachute cord. 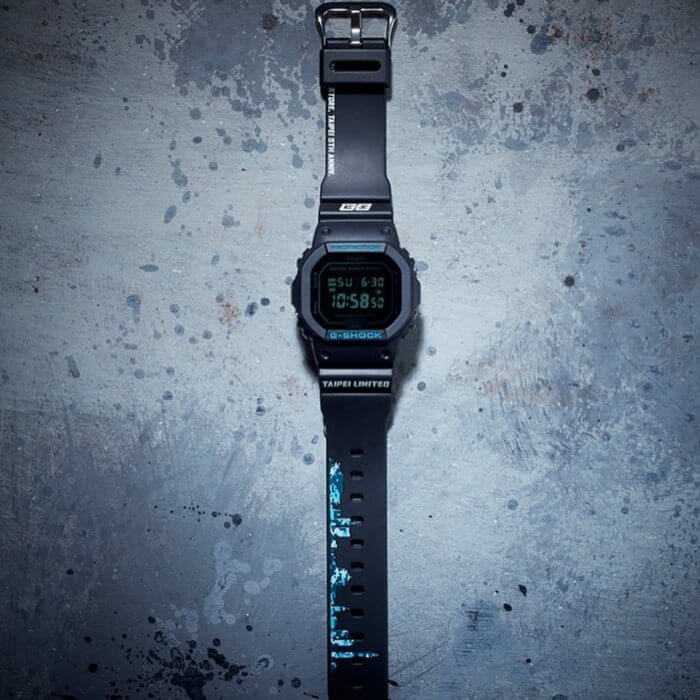 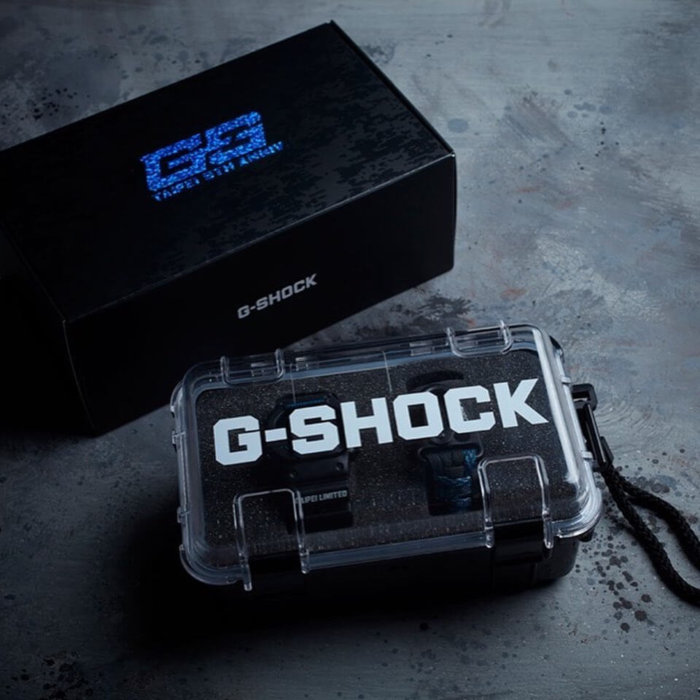 The case is pretty cool.