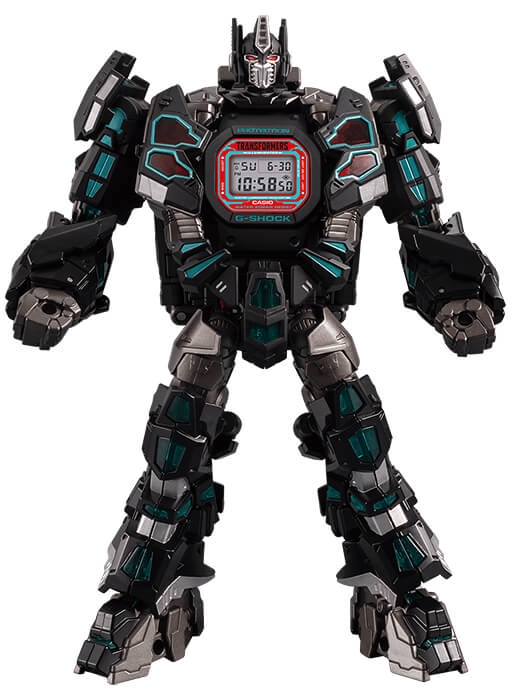 The black DW-5600TF watch has red and blue-green accents and a dual-layer band. The custom EL backlight displays the Decepticon insignia when activated. The watch fits into the chest area of the robot figure which can transform into a pedestal display mode and the robot action mode. Like the Optimus Prime collab, the figure is also able to house other 5600 and 6900 G-Shock models. 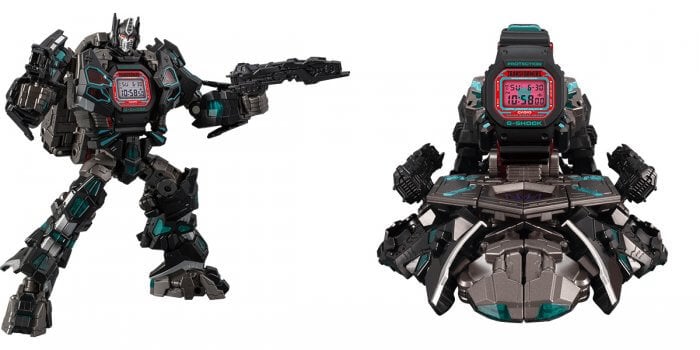 The Transformers x G-Shock DW-5600TF19-SET Master Nemesis Prime box set was announced for a December 7, 2019, release in Japan with a list price of 30,000 JPY plus tax. G-Shock Japan has a page for the collaboration at g-shock.jp/products/transformers. Takara Tomy currently has it listed at takaratomymall.jp (for 33,000 JPY) and will be conducting lottery sales (with applications open from November 18, 12:00, to November 21, 13:00).

Update: G-Shock did not announce the set for Asia (outside of Japan) in December 2019, so it looks like this will be a Japan-only release. 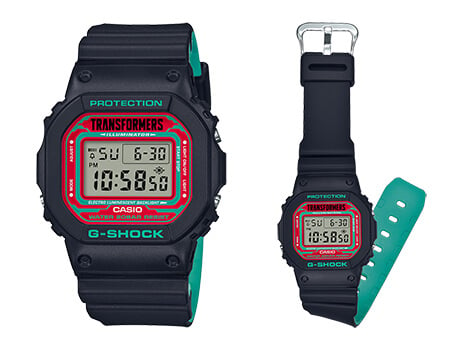 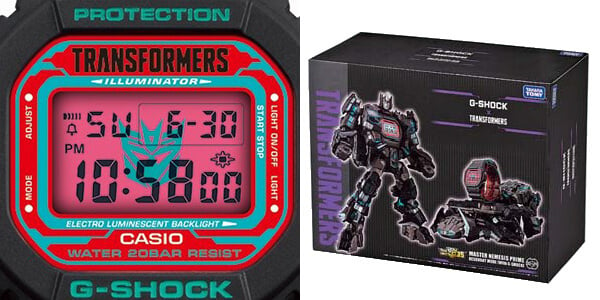 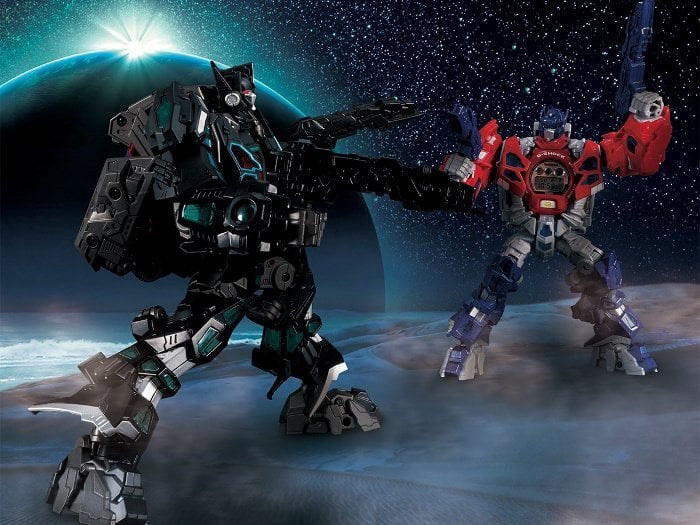 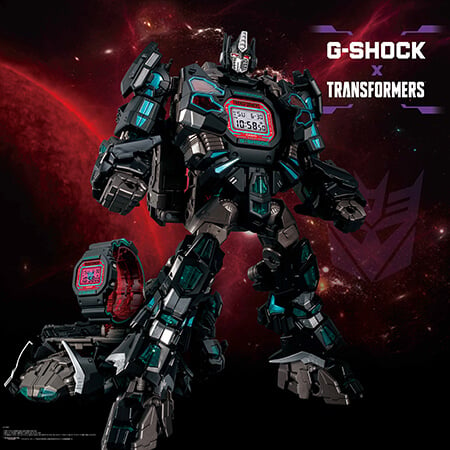 G-Shock GM-5600 with Stainless Steel Bezel
Disclosure: G-Central is managed by fans and supported by ads. We may earn a commission on purchases from our links to Amazon, eBay, and Reeds Jewelers. Please follow your country's official G-Shock site for additional release information.