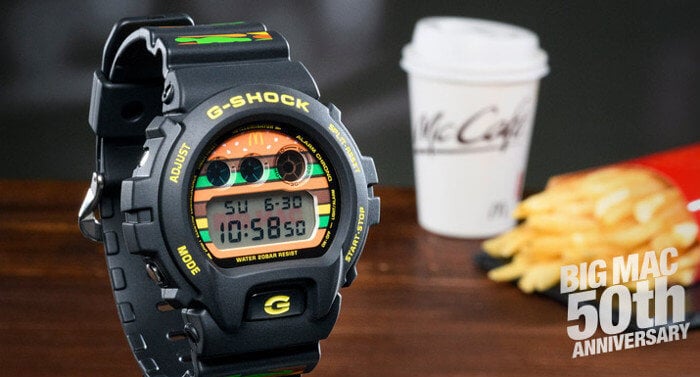 Like Casio, McDonald’s has an iconic product that is celebrating a major (50th) anniversary this year: the Big Mac sandwich. The two companies are teaming up to release a G-Shock DW-6900 collaboration in Japan celebrating the event, using the classic G-Shock DW-6900 as the base. This custom watch use McDonald’s-yellow for the bezel lettering and features a color-striped face that resembles the layers of a Big Mac with the Golden Arches logo on top. The bands are covered with a camouflage-like print that also resembles a Big Mac. Other custom features include a Big Mac logo on the EL backlight and a commemorative Big Mac 50th logo stamped on the stainless steel case back. The watch comes in a tin case that looks like a Big Mac and a McDonald’s-style cardboard box.

The Big Mac 50th Anniversary promotion also includes the sale of a custom New Era hat and a jar of Big Mac sauce. 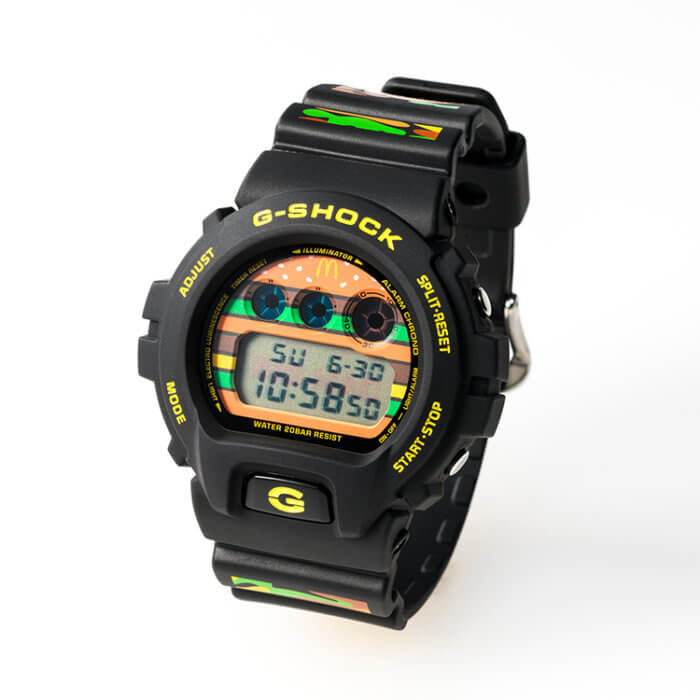 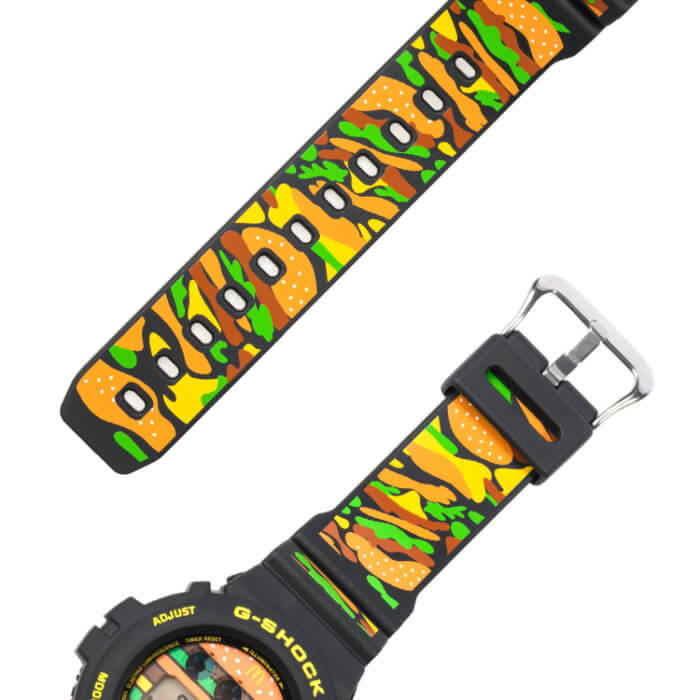 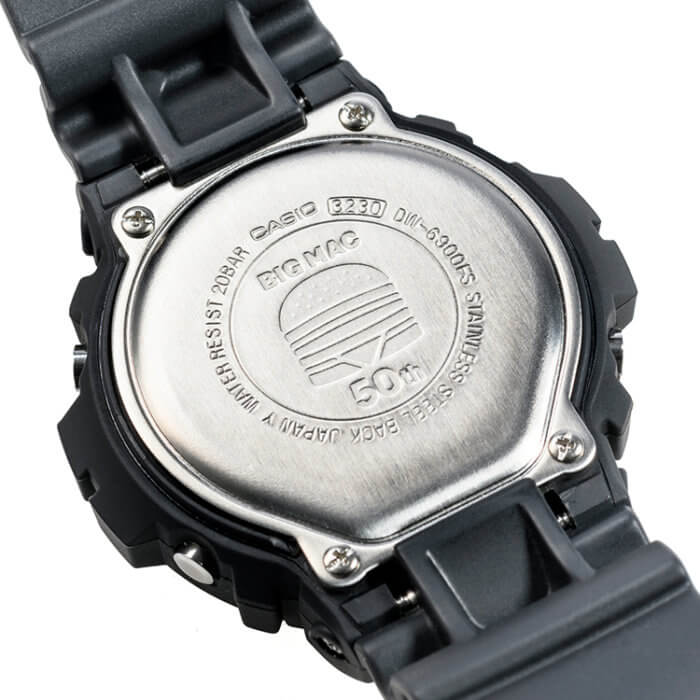 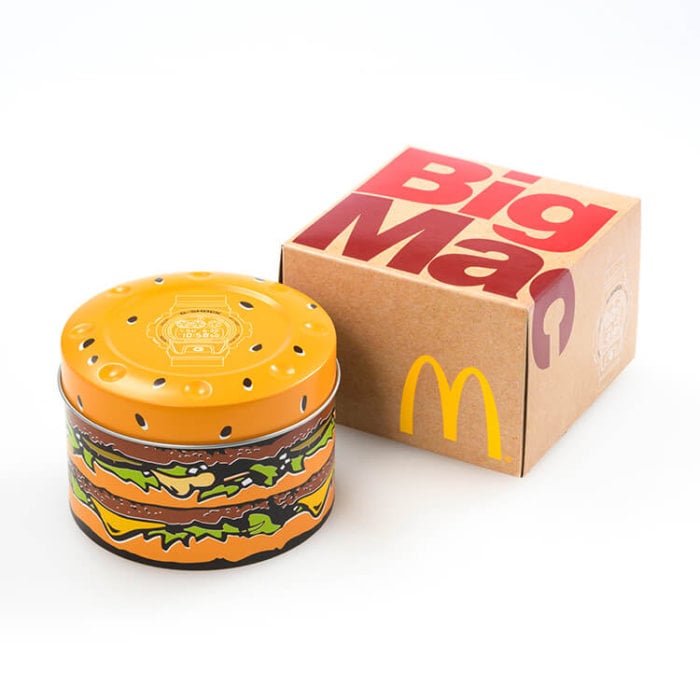