The Pro Trek PRW-31YT-7JF is a deluxe PRW-30 model featuring a titanium band and sapphire crystal. The blue accents around the dial and buttons are inspired by K2 Granite, a.k.a. ‘K2 Jasper” and “raindrop azurite,” which is a white granite found at the foot of the K2 mountain range that features distinctive spots of blue azurite. 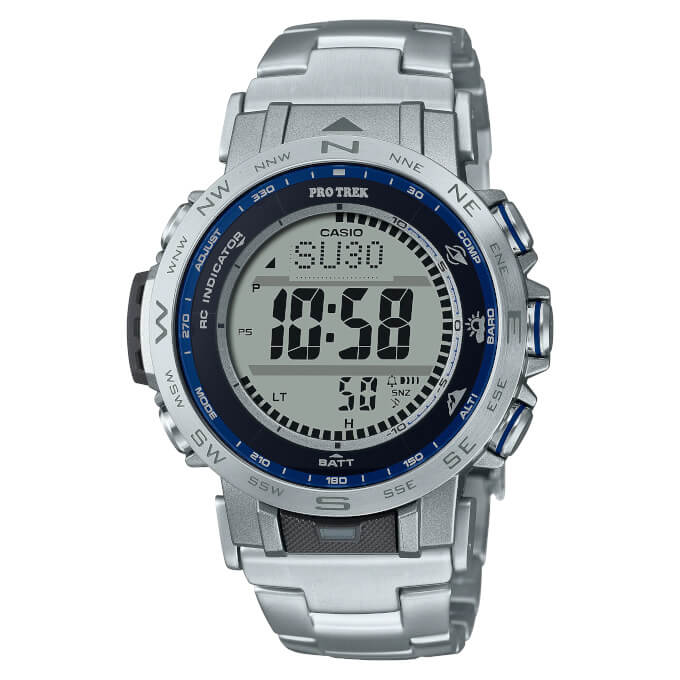