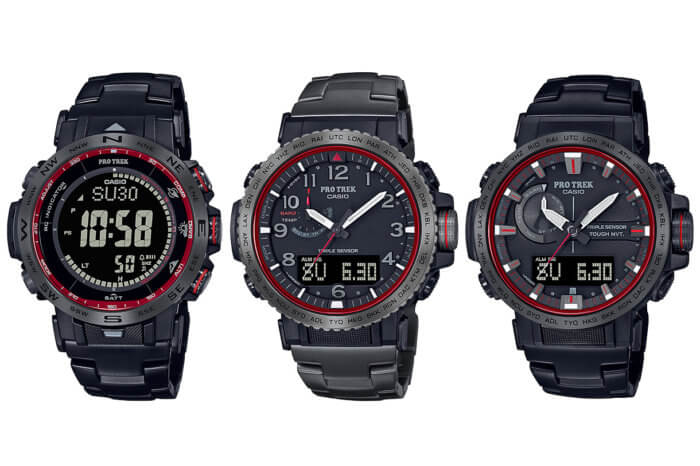 The Pro Trek Firefall Series is a head-turning release for October and the sort of matching color series that is usually reserved for G-Shock watches. The series includes three models with a black and red color scheme. In addition to the matching colors, these watches are upgraded editions with a titanium band, a sapphire crystal (with inner anti-reflective coating), and a red LED light for the LCD display (that is said not to impair night-adjusted eyesight). The “firefall” is a rare natural phenomena that gives a waterfall the appearance of orange flames. Under the right conditions just before and after sunset, it occurs during winter through spring at El Capitan in Yosemite National Park. This flame waterfall is symbolized on the watches by a newly developed red vapor deposition that creates a distinctive ring around the display.

All three watches are advanced mid-size models featuring Tough Solar power, Multi-Band 6 automatic radio time-sync, 100-meter water resistance, a high-contrast STN LCD display, and the Triple Sensor (altimeter-barometer, compass, thermometer). Differences between the models: The PRW-30 has a 24-hour countdown timer, while the PRW-50 and PRW-60 are limited to 60 minutes. The PRW-50 and PRW-60 have a 1/100-second stopwatch (24 hours, with split), and the PRW-30 has a 1/10-second stopwatch (1,000 hours, with split). The PRW-30 has the sunset/sunrise time feature. The PRW-50 and PRW-60 have the Neon Illuminator black light for the hands and markers. All models have low temperature resistance, world time, 5 alarms, barometric pressure trend alarm, battery level display, and power saving function. 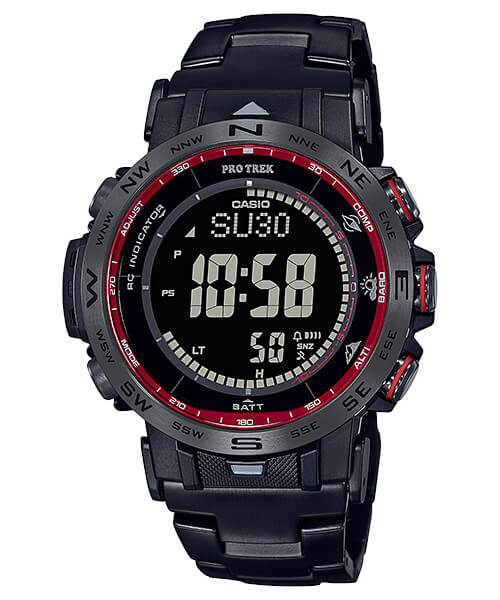 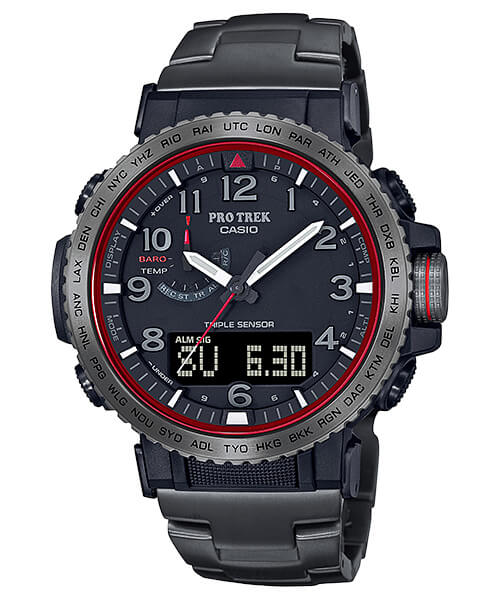 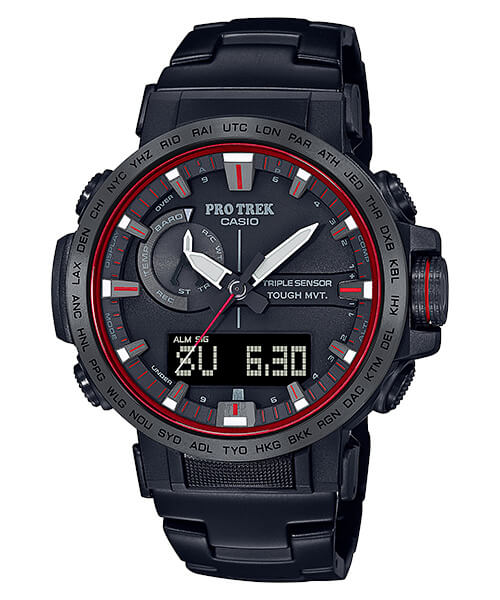