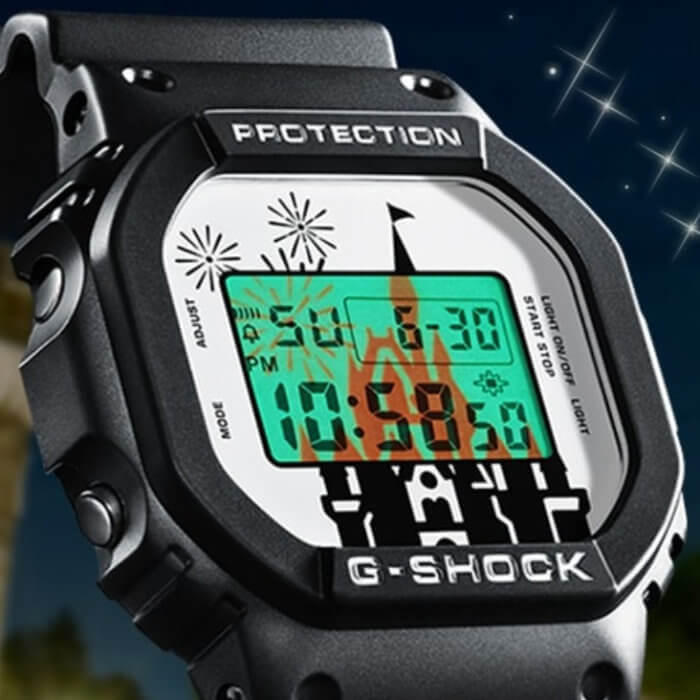 Like G-Shock, Tokyo Disney Resort is celebrating its 35th anniversary in 2018 and is commemorating the event with the release of some limited edition items including a G-Shock DW-5600 collaboration. The custom watch features a black and white color scheme with a depiction of the Magic Kingdom and fireworks on the display frame that is completed when the EL backlight is activated. The upper band has a “35” graphic and the lower band has confetti and ribbons along with a Tokyo Disney Resort logo. The watch also has a custom-branded engraved case back marking the 35th anniversary and the watch’s limited edition 3,500-unit status. 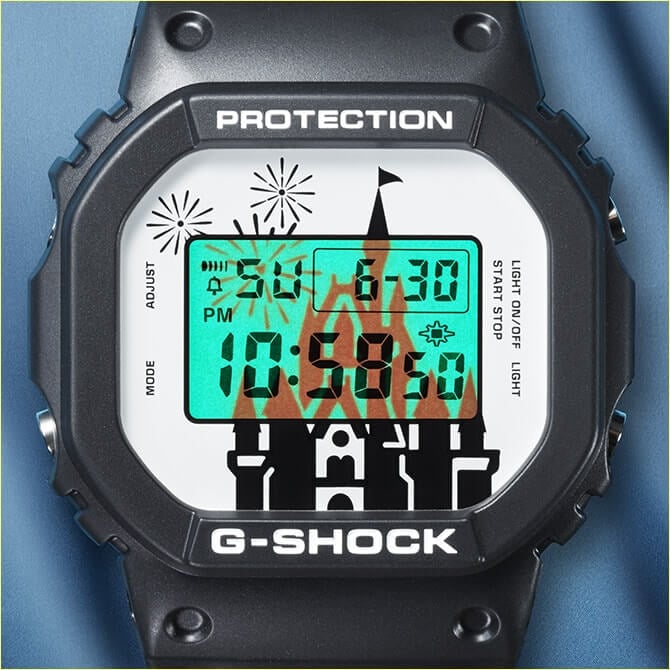 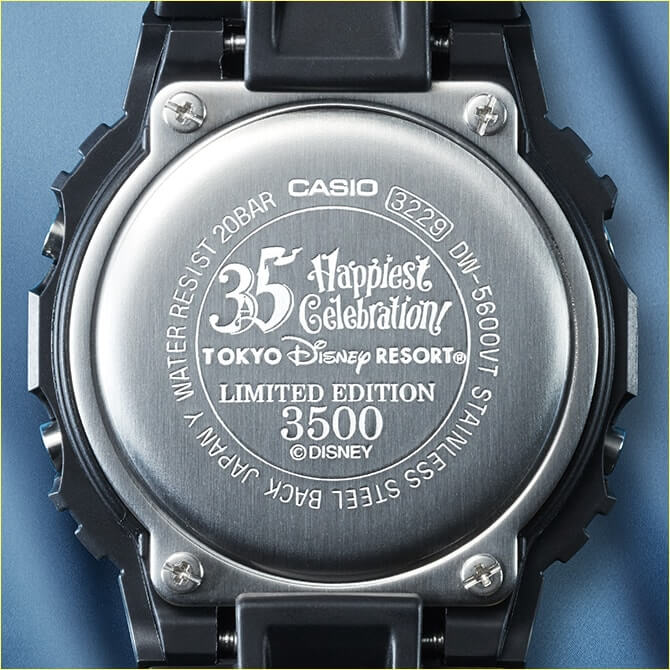 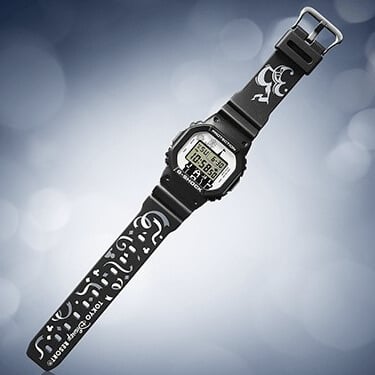