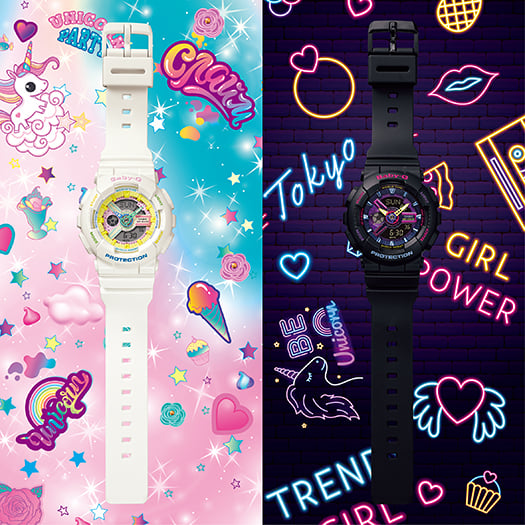 These “cool black” and “pretty white” models are inspired by the “Decora” fashion style, which originated from the “kawaii” (cute) culture of Japan. The style came about in the Harajuku youth fashion district in the late 1990s and is characterized by bright colors combined with a large collection of accessories. The multi-color accents of these watches capture the essence of Japanese street styles that continue to be influential and appreciated around the world. The white and black colors represent the days and nights of the Harajuku streets. 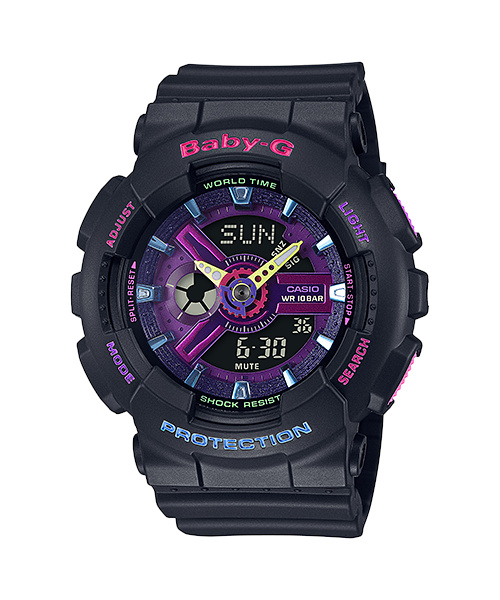 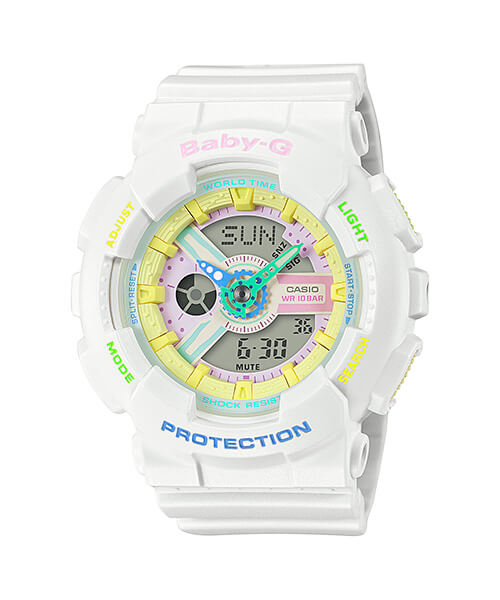 G-Shock DW-5600DE, GA-100DE, GA-700DE Denim + Baby-G
Disclosure: G-Central is independently managed by fans and supported by ads. We may earn a commission on purchases from our links to Amazon, eBay, and Reeds Jewelers.