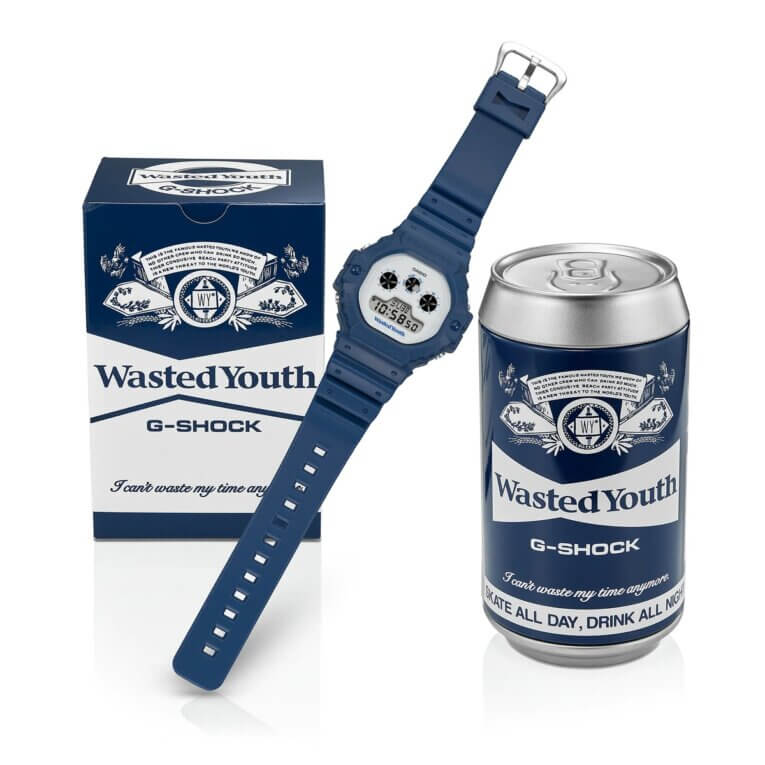 Japanese streetwear brand Wasted Youth is partnering with Casio for the international release of the G-Shock DW-5900WY-2. Exclusive elements of the navy blue watch are based on the brand’s Budweiser-inspired motif and include a minimalist glow-in-the-dark white face with a faint bowtie pattern and a band keeper with a bowtie-shaped cutout. The “W.Y.” logo appears on the EL backlight and is also engraved on the stainless steel case back with the “I can’t waste my time anymore” tagline. The watch comes in special packaging that resembles a beer can. 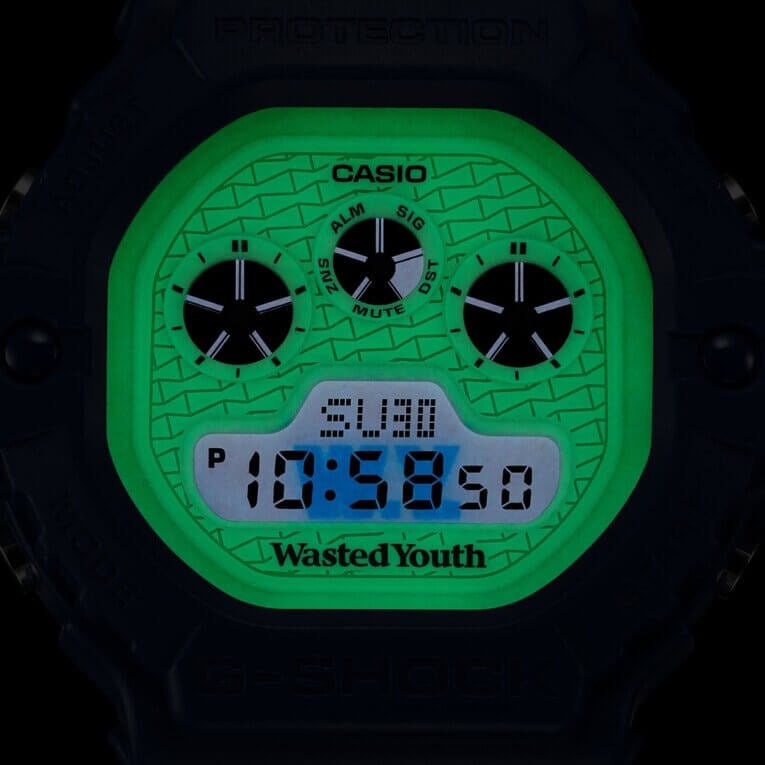 Not to be confused with the British and American punk bands from the early 1980s, Wasted Youth is a Japanese apparel brand that also sponsors a skate team. The brand was founded in 2016 by renowned graphic designer Verdy, who also created the Girls Don’t Cry brand in 2017. Wasted Youth is known for its Budweiser-inspired designs. In the summer of 2022, the brand actually did a collaboration with Budweiser featuring co-branded beer cans and bottles in Japan, and a capsule collection of co-branded apparel followed. 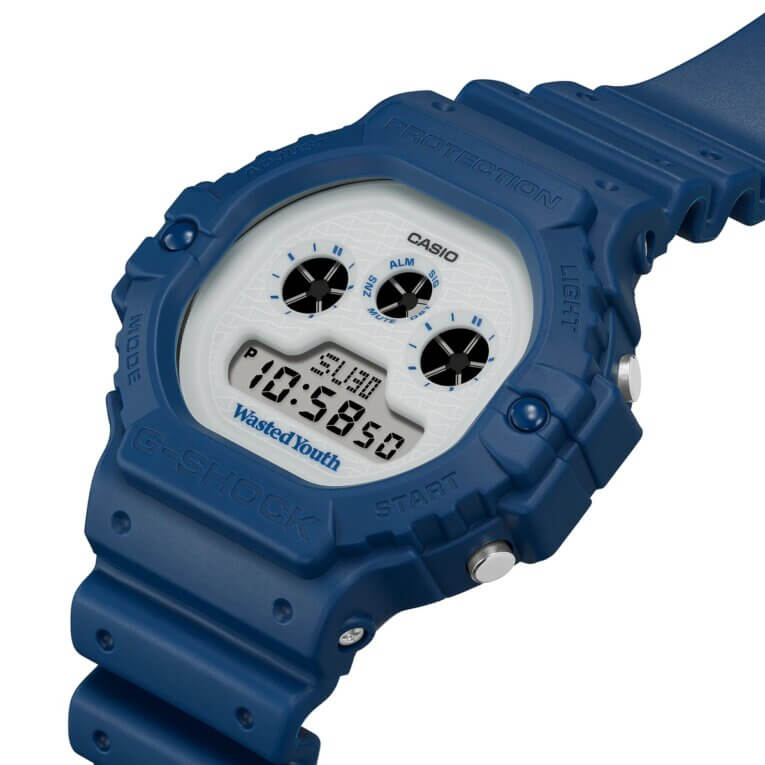 The Wasted Youth x G-Shock DW-5900WY-2 is scheduled for a December 2022 release internationally. In Japan, the DW-5900WY-2JR has a tax-included price of 15,400 yen, with reservations starting on December 1. G-Shock Japan will also be selling a co-branded hoodie for 18,700 yen and a t-shirt for 6,600 yen at gshock.casio.com/jp, starting December 9.

(A release in the United States and Europe has not been confirmed yet.) 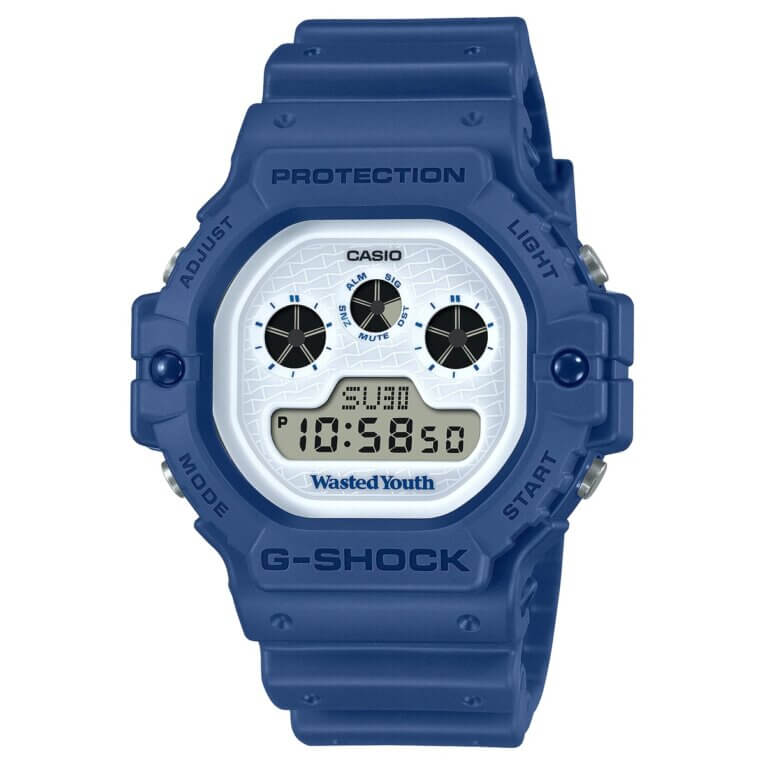 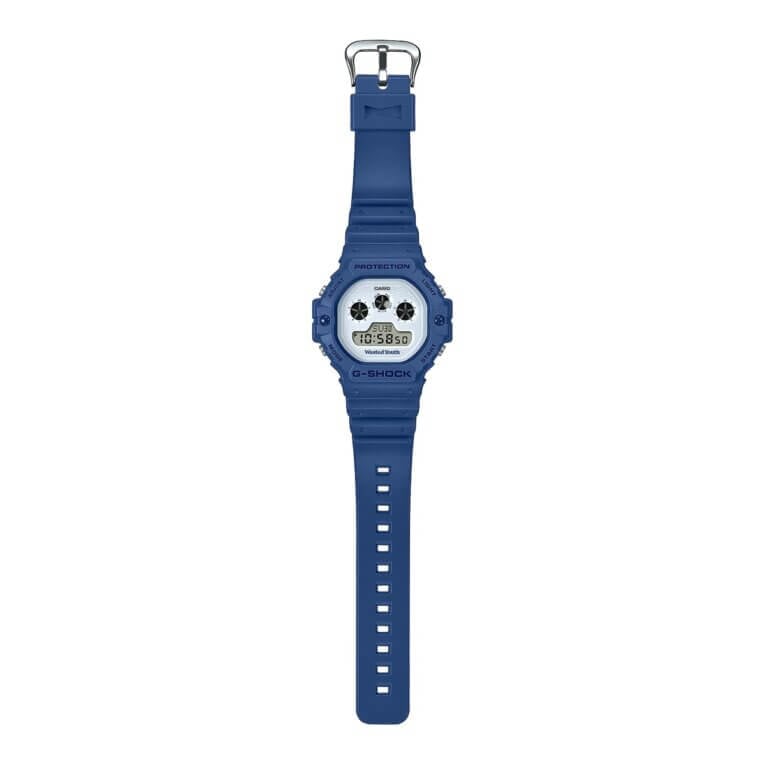 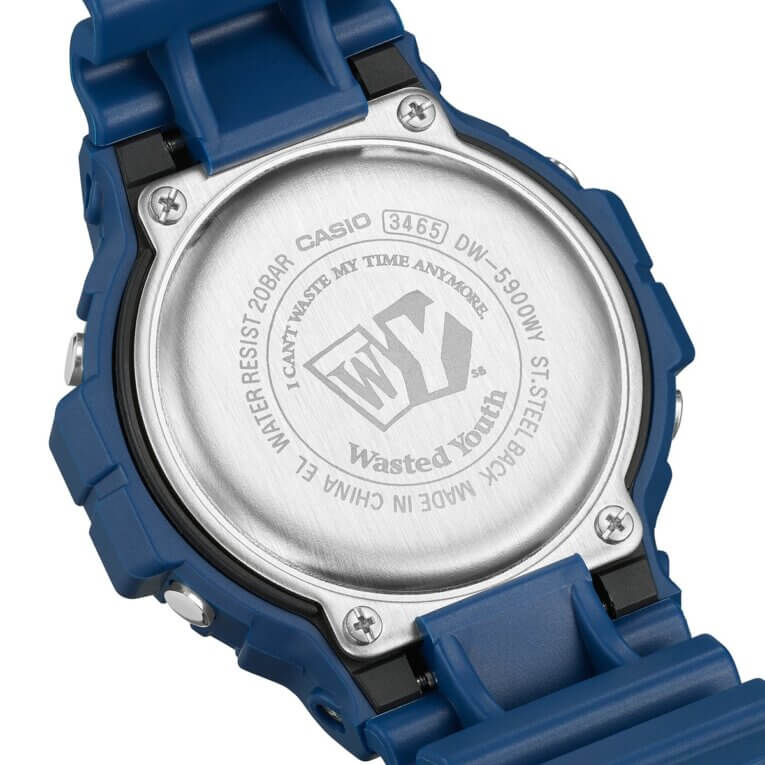 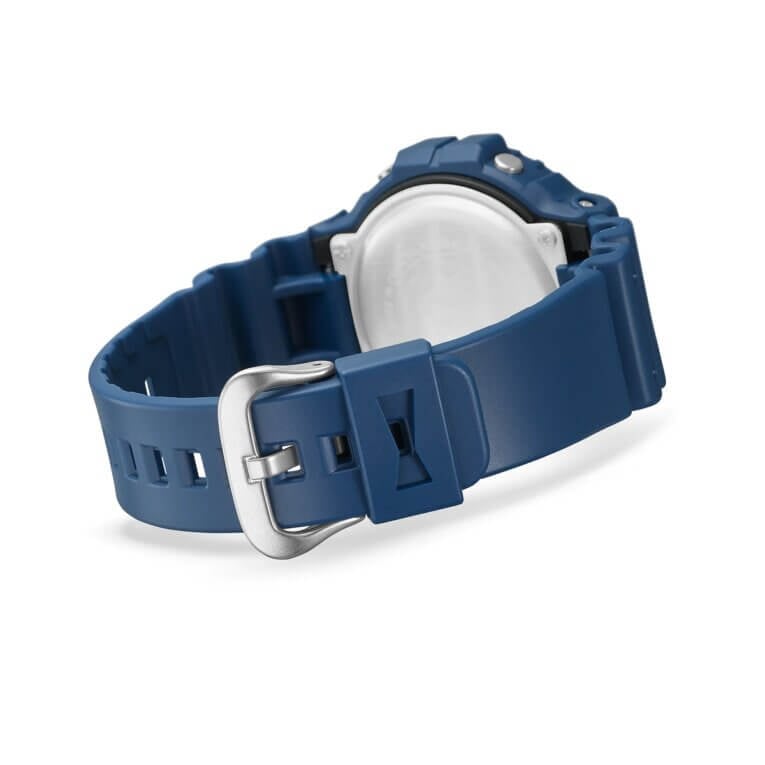