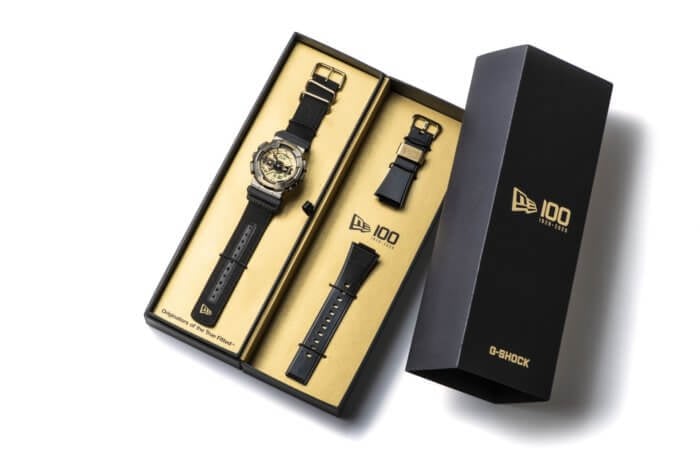 New Era and G-Shock are releasing another collaboration watch to celebrate the 100th anniversary of the New Era Cap Company. Like 2018’s DW-5600 collaboration, the limited edition watch is inspired by New Era’s iconic 59FIFTY cap and its gold sticker.

The base of the GM-110NE-1A is a metal GM-110 with a black and gold dial featuring the New Era flag logo. The stainless steel bezel has a unique dark gray ion plating surface. The custom gold case back has an engraved logo commemorating the 100th anniversary. The watch comes with two bands: one is a black cloth band with green cloth on the inside, made with the same materials as the 59FIFTY caps, and the other is a black urethane band with gold specks. The cloth band has the New Era flag embroidered on the tip, and the urethane band has a stainless steel branded keeper.

Founded in 1920 in Buffalo, New York, New Era Cap Company is the official cap supplier of Major League Baseball. New Era is popular as a sports and streetwear brand around the world, with over 500 licenses in its portfolio.

The New Era x G-Shock GM-110NE-1A has a retail price of 39,000 JPY plus tax and will be released in late November 2020. Reservations will be accepted at the New Era Japan online shop starting November 1, 2020.

(Update: Unfortunately, it doesn’t appear that the G-Shock cap seen in the promotional photos will be released for sale, and we haven’t seen it available in any promotions.)

Update: G-Shock Europe announced the GM-110NE-1AER as coming soon, so it looks like this will be a worldwide release. 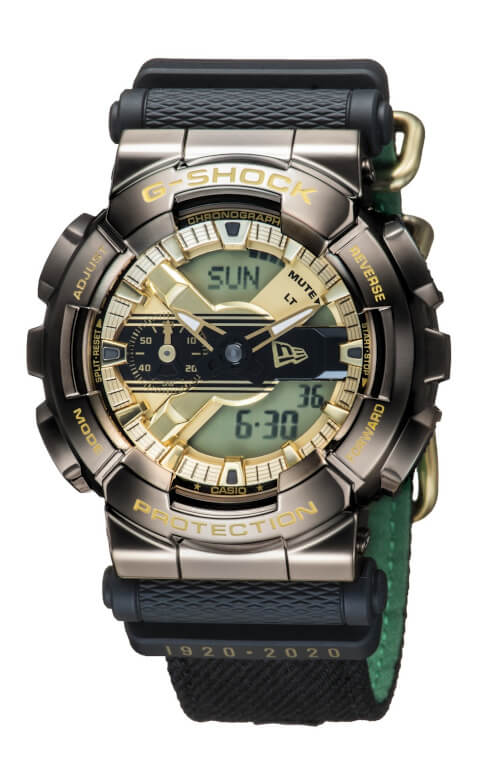 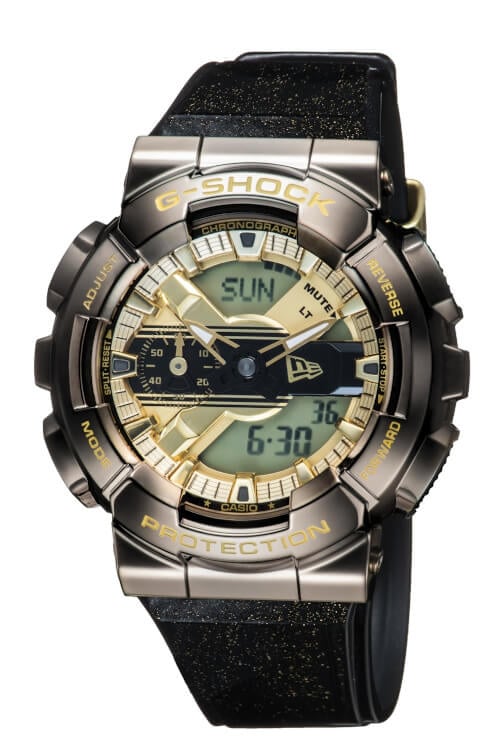 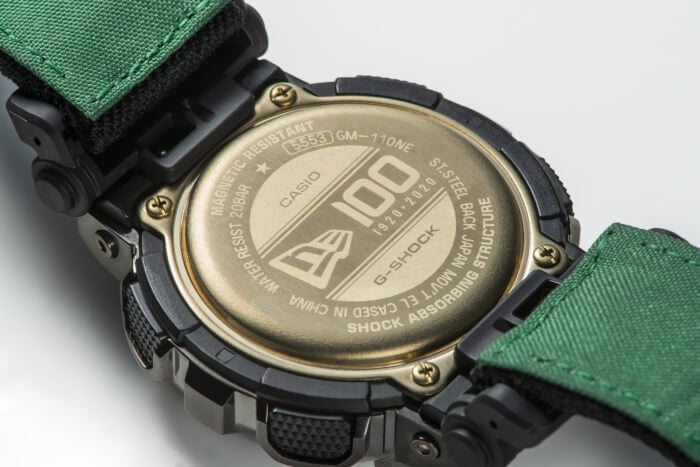 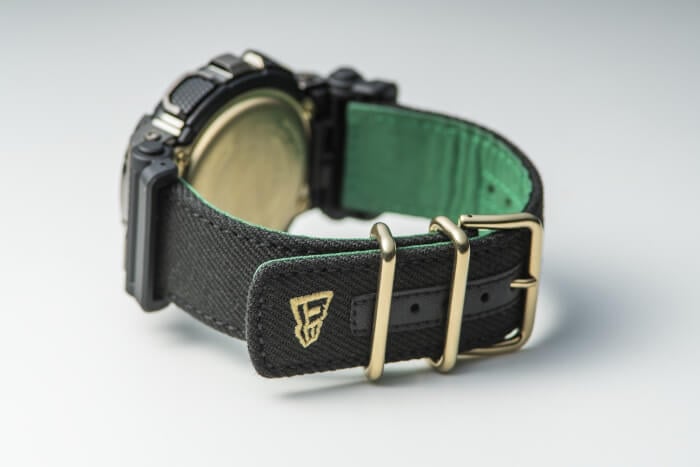 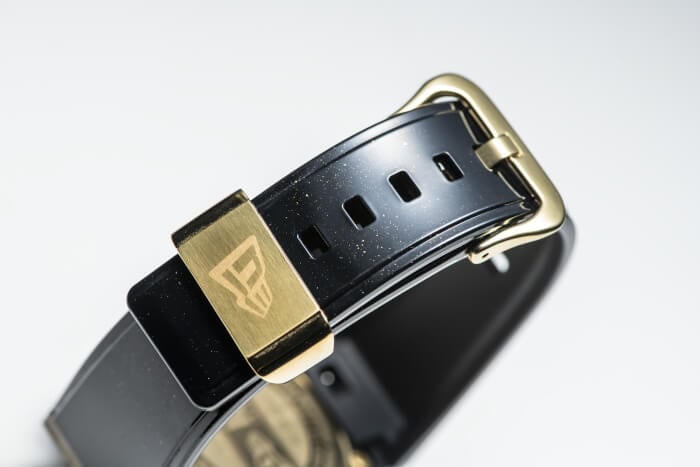 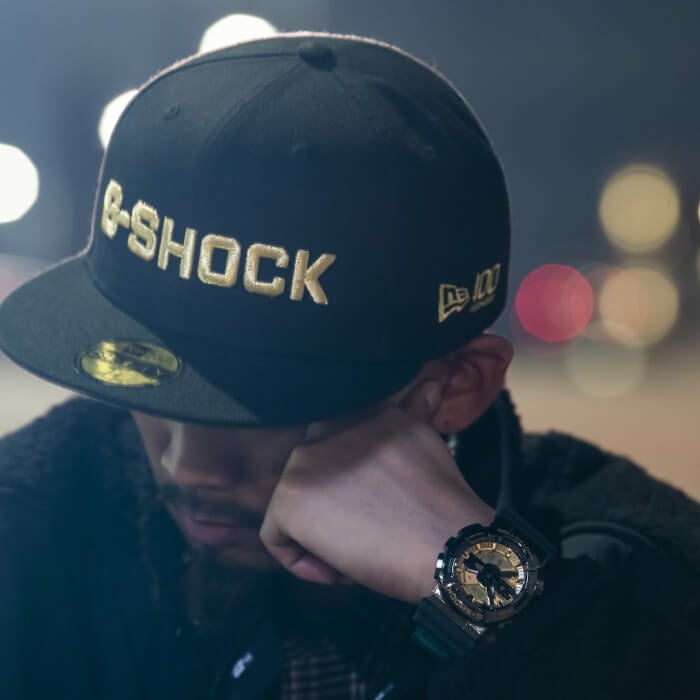 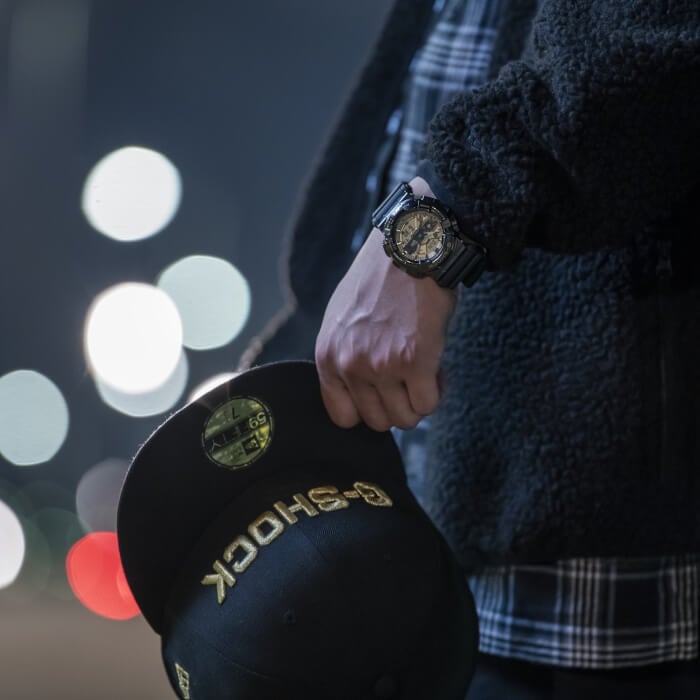