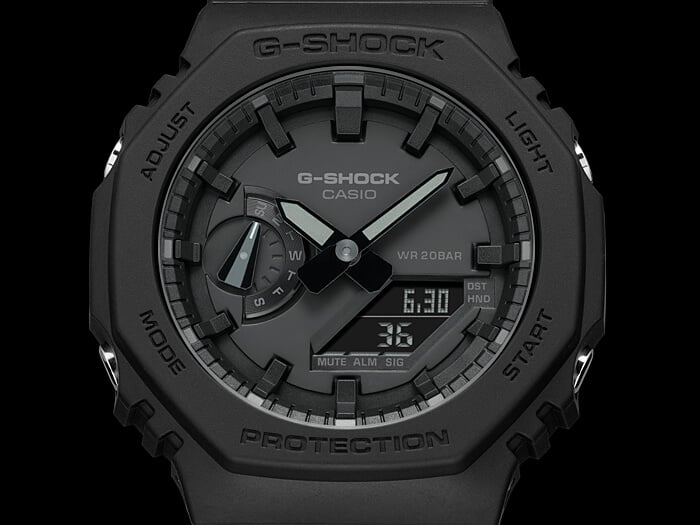 The G-Shock GA-2100 series was the most successful new G-Shock model of 2019. The all black GA-2100-A1 (GA2100-1A1 in the U.S.) was the most popular colorway by far and sold out shortly after its release. In 2020, some U.S. retailers have received more stock, but the watch is still selling out quickly, and it is usually available only sporadically.

We suggest checking the link below, as the official G-Shock U.S. site (gshock.com) has been restocking it regularly.

December 2020: Zumiez currently has it in stock again (as of December 29).

November 2020: The GA2100-1A1 was available again at gshock.com in late November, but as we write this, there is only one left.

August 2020: Zumiez had the GA2100-1A1 back in stock, but it sold out quickly. Some people on Reddit also reported that it was available at Reeds Jewelers again in early August.

G-Shock GA-2100 Neon Accent Series: Stealth black with neon
Disclosure: G-Central is independently managed by fans and supported by ads. We may earn a commission on purchases from our links to Amazon, eBay, and Reeds Jewelers.

Available on the the sites below today:

G-Central
Reply to  Will

Thanks, shows “Buy Now” on gshock.com, but says out of stock after you click.