Buff Monster is an American painter and designer who was born and raised in Hawaii. He started his career as a street artist in Los Angeles and currently lives in New York City.

Update: The watch is a DW-6900WW-7 from the Whiteout Collection with custom bands with and a custom cardboard box. There is “Soho-NYC” on the upper band and a Buff Monster logo on the lower band. The case back has the Buff Monster logo and the production number printed on it. This collaboration watch is limited to 200 units and exclusive to the G-Shock Soho Store. List price is $150. 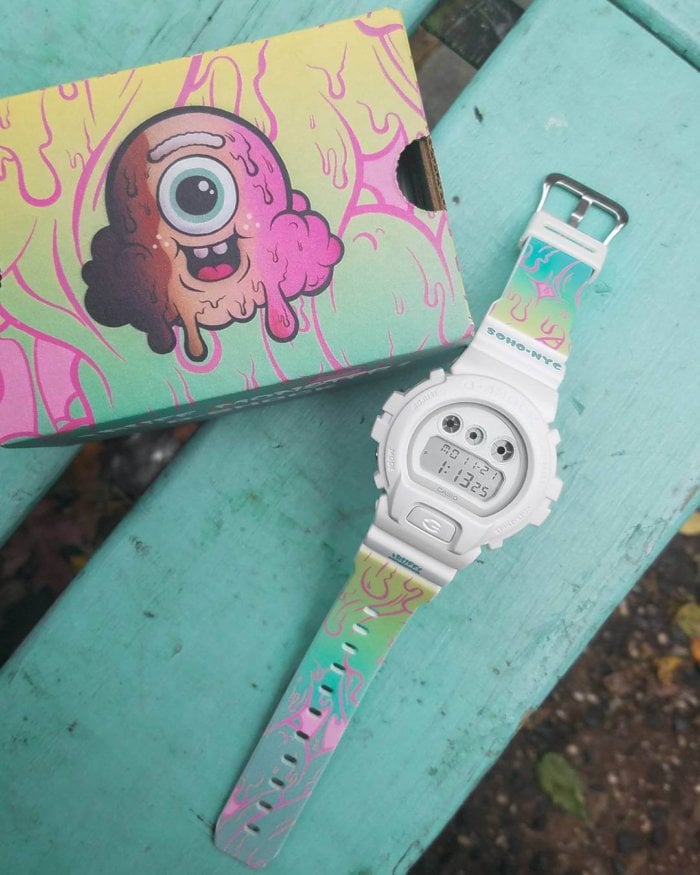 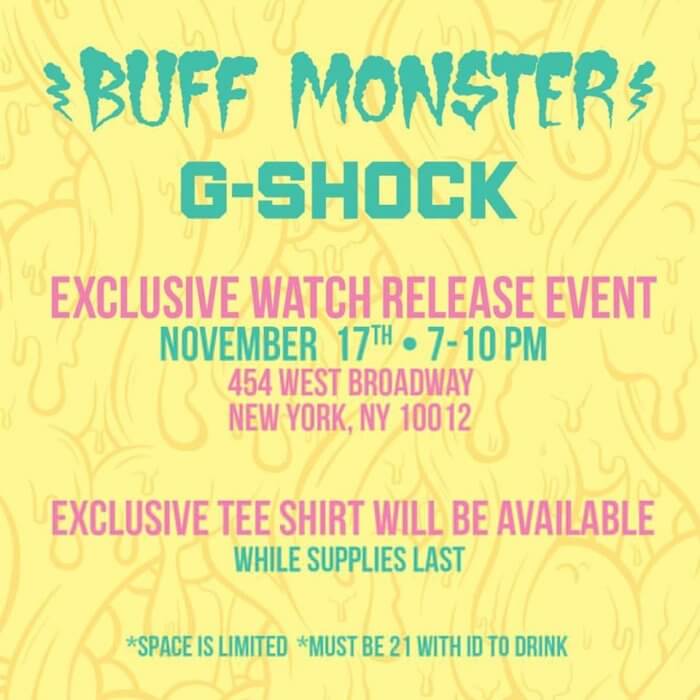