Casio announced the colorful G-Shock Breezy Rasta Color Series for a June 2018 release in Japan. This series is inspired by the Rastafari colors of red, yellow, and green (but substitutes a seafoam green for the traditional green) along with reggae music and West Coast surf culture. This series includes four models including two classic square DW-5600CM/CMB watches and two extra-large analog-digital GA-400CM watches featuring the electronic scroll wheel. This is the first Rasta-inspired G-Shock series since 2012’s RF Rasta Series. 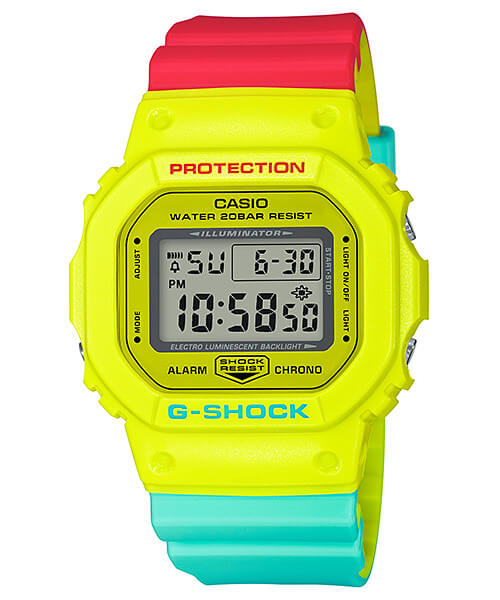 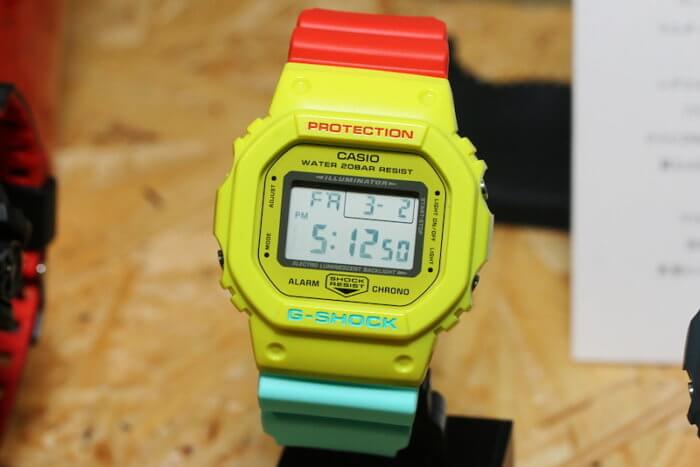 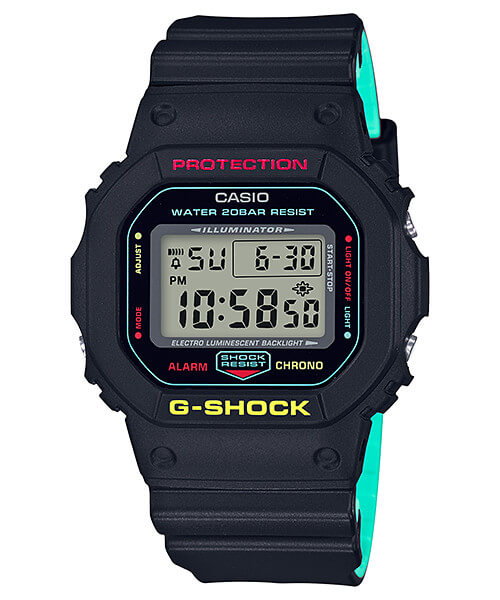 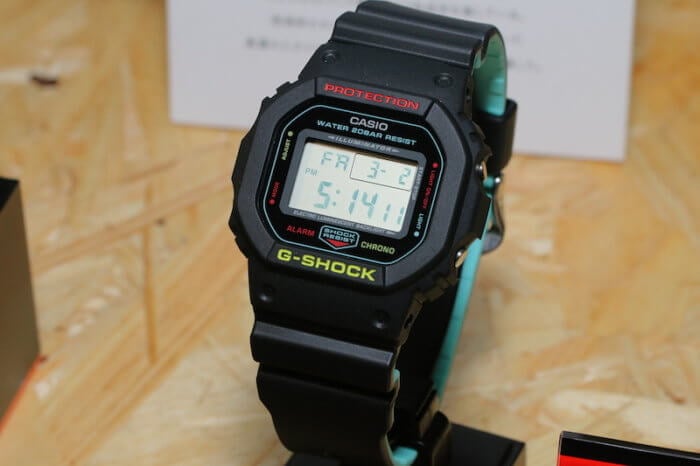 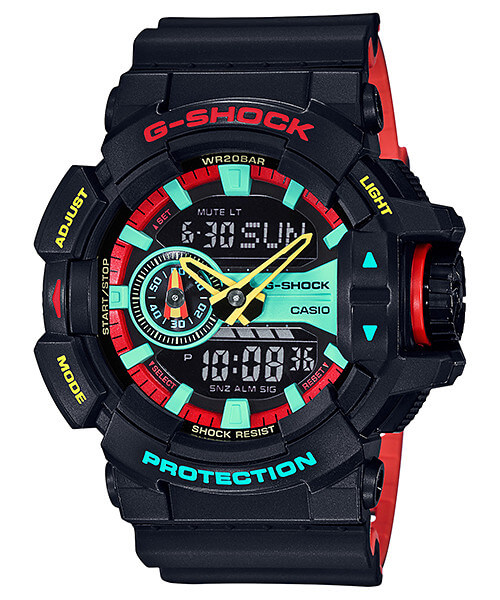 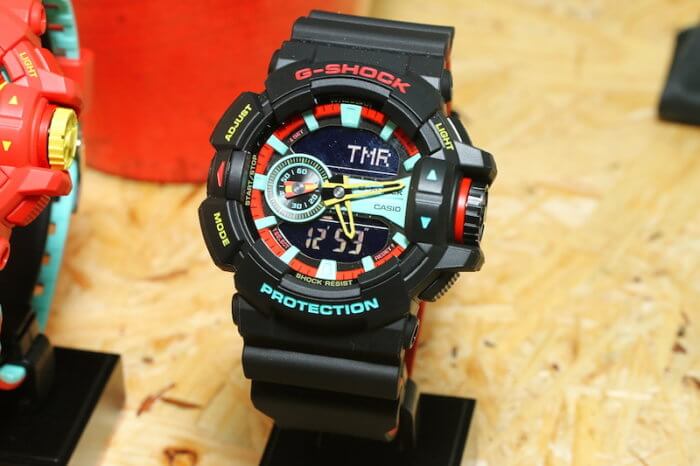 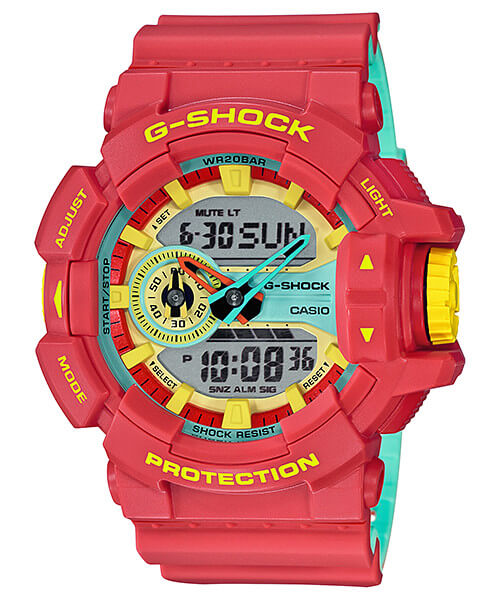 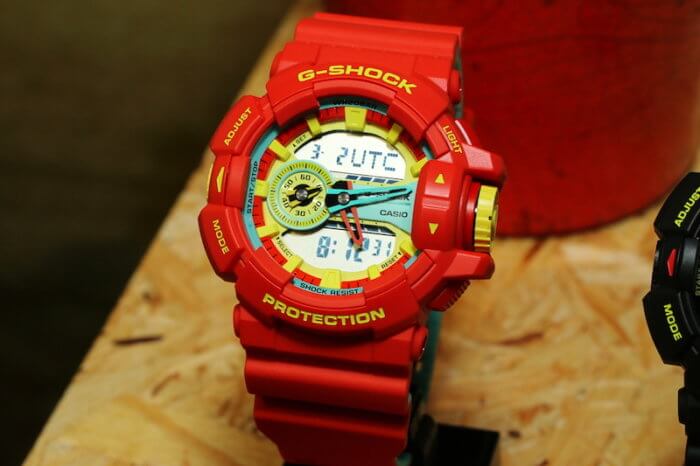 G-Shock ’90s Color Blue and Purple Accent Series
Disclosure: G-Central is independently managed by fans and supported by ads. We may earn a commission on purchases from our links to Amazon, eBay, and Reeds Jewelers.