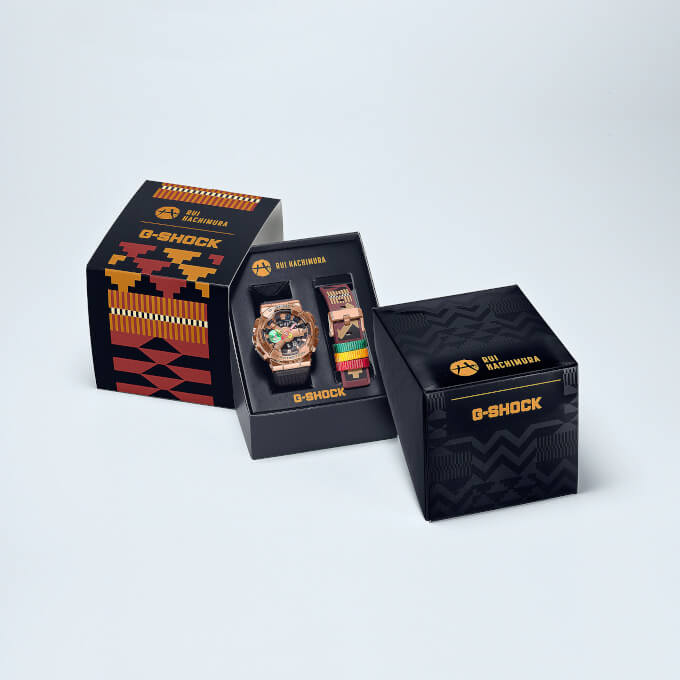 The G-Shock GM-110RH-1A is the second limited edition collaboration with NBA basketball player Rui Hachimura. The watch has a stainless steel bezel with a copper-colored ion plating. The yellow, green, and red accents on the face and band keeper represent the flag colors of Benin, the home country of Hachimura’s father.

The watch includes a textured black resin band and a second brown resin band with a traditional West African kente-cloth pattern. The bands are equipped with quick-release levers for easy swapping. Hachimura’s “Black Samurai” personal logo (derived from the Japanese character for “8”) is engraved on the case back and stainless steel band keeper. Born in Japan, Hachimura played for the Japanese national team in the 2020 Summer Olympics and will continue his NBA career as a Washington Wizard this fall. 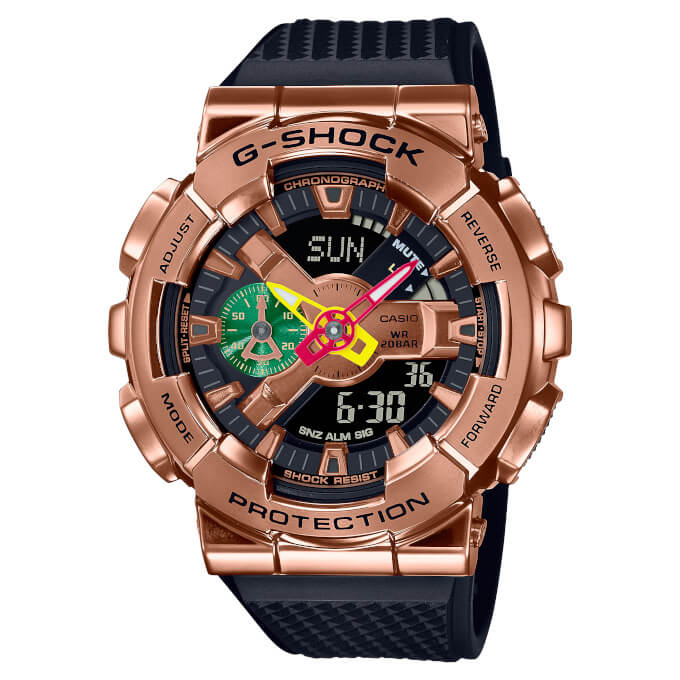 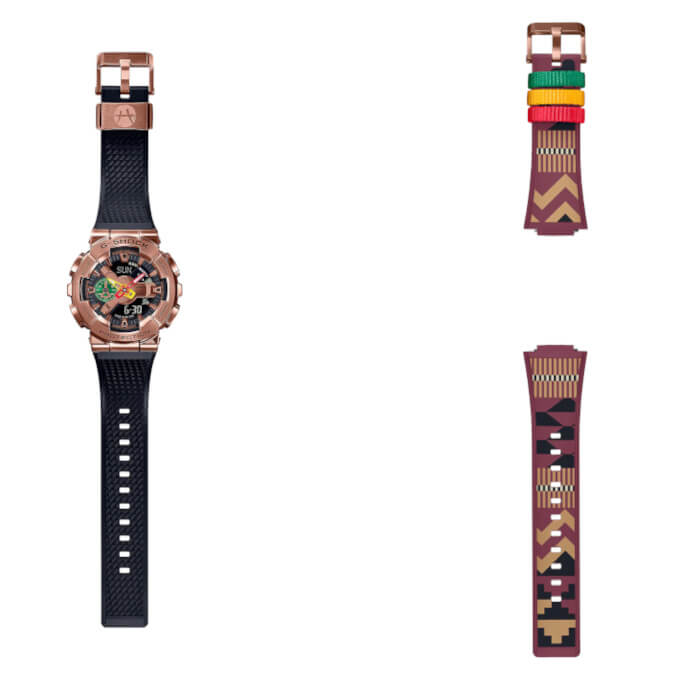 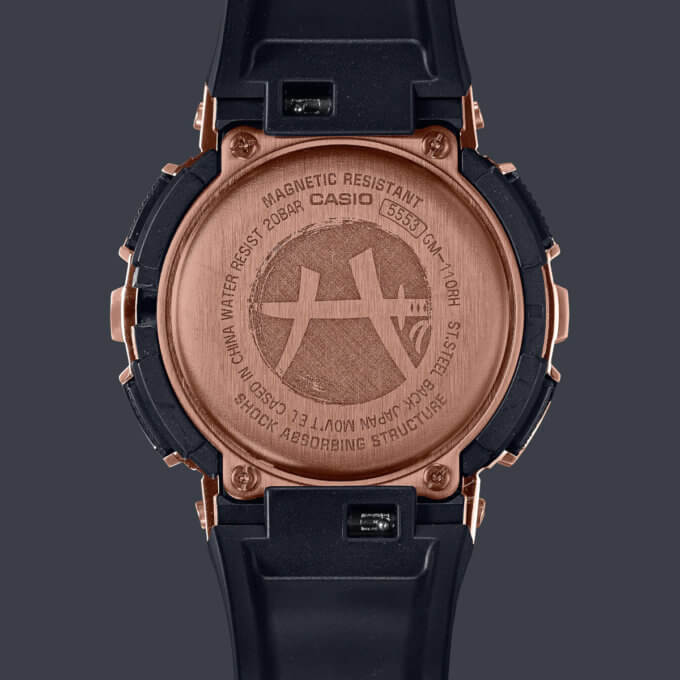 G-Shock Sand and Land Series with GX-56SL, GW-B5600SL, and GA-2200SL with mix-molded resin inspired by sand and soil
Disclosure: G-Central is managed by fans and supported by ads. We may earn a commission on purchases from our links to Amazon, eBay, and Reeds Jewelers. Please follow your country's official G-Shock site for additional release information.