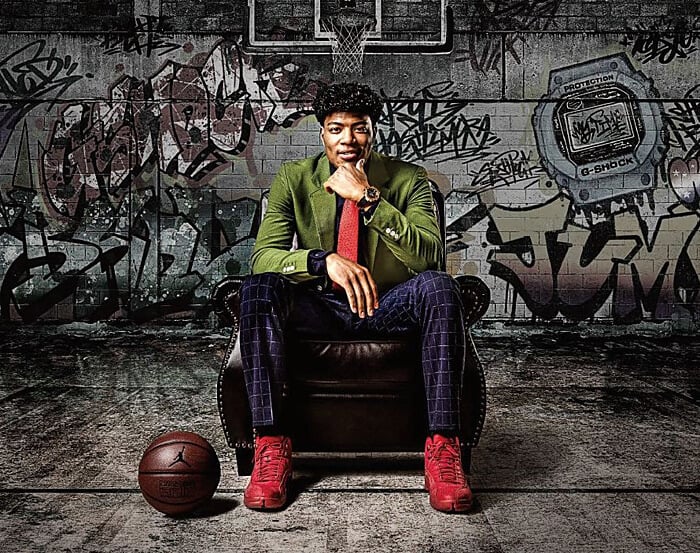 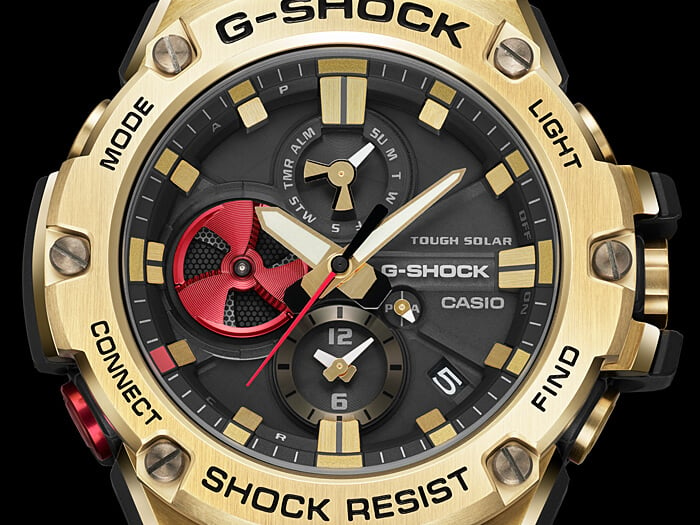 The solar-powered and Bluetooth-enabled GST-B100RH-1A has a gold IP case and bezel, gold markers, red accents, and a dual-layer black resin band with a red inner layer. Red accents appear at the 8 o’clock marker and on the button pipe to represent Hachimura’s jersey number. The gold IP case back and band keeper are imprinted with Hachimura’s unique “Black Samurai” logo, which his mother created. The logo features a hachi (8) character crossed with a Japanese sword to resemble the letter H. 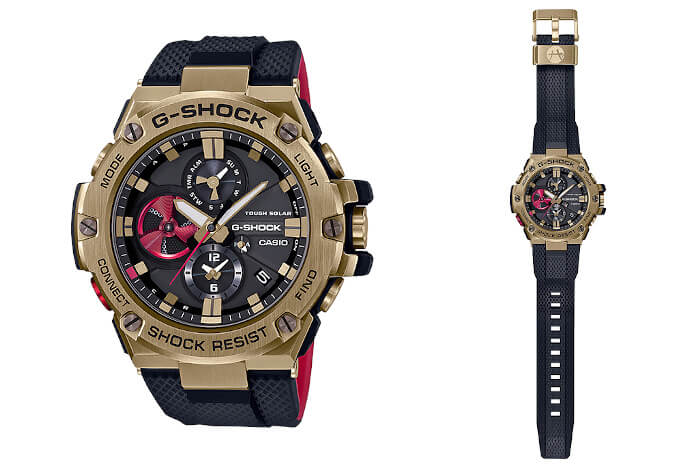 Rui Hachimura attended Gonzaga University and became the first Japanese national to play in an NCAA basketball tournament. In 2019, Hachimura was drafted ninth overall by the Washington Wizards, becoming the second Japanese-born player to be drafted in the NBA and the first to be drafted in the first round. He is also a member of the Japanese national team and plans to play in the Olympics.

The Washington Wizards are scheduled to play the Phoenix Suns on July 31, 2020, as the NBA season makes it return at Disney World.

G-Shock published a special website for the collaboration at world.g-shock.com. 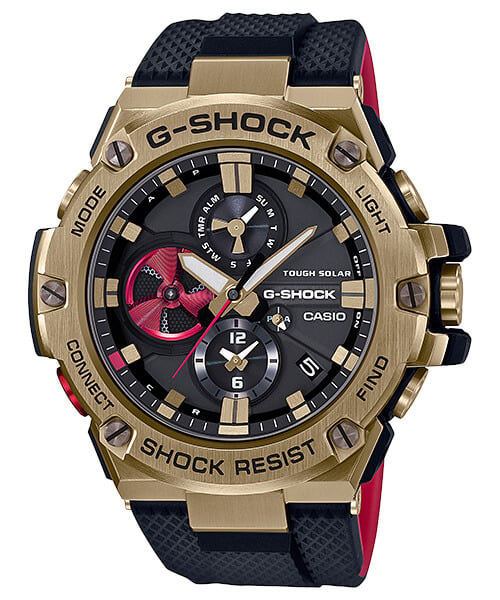 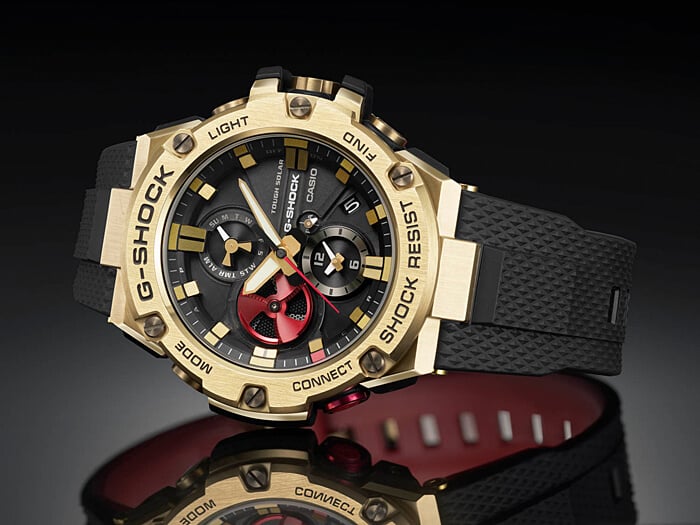 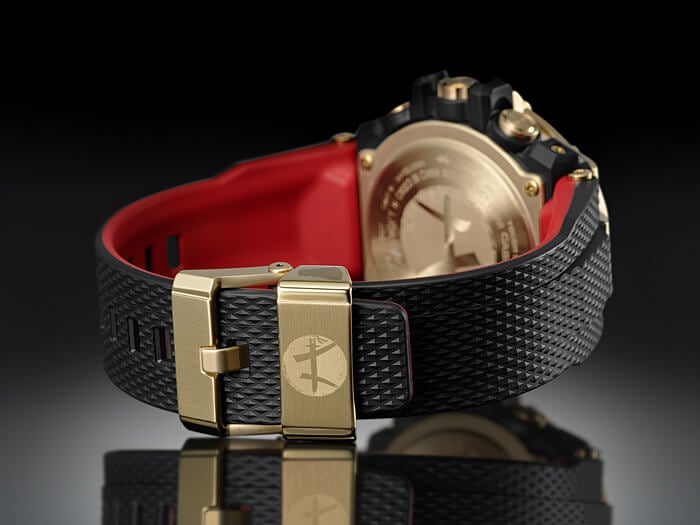 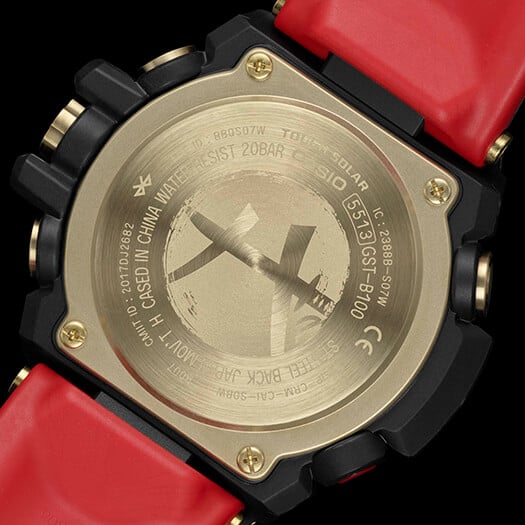 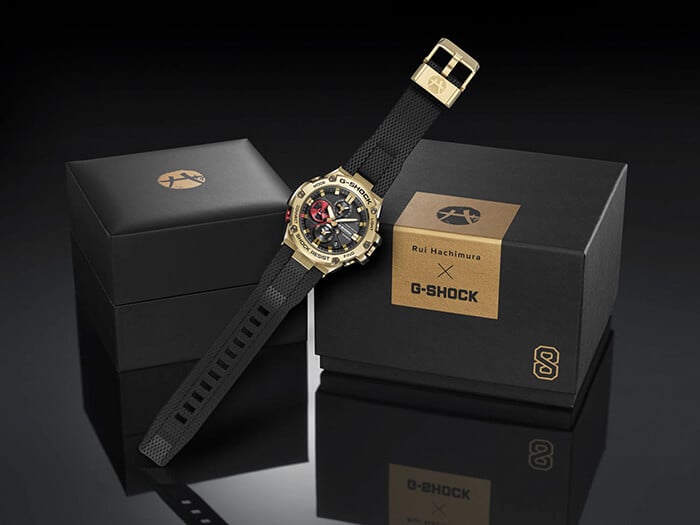 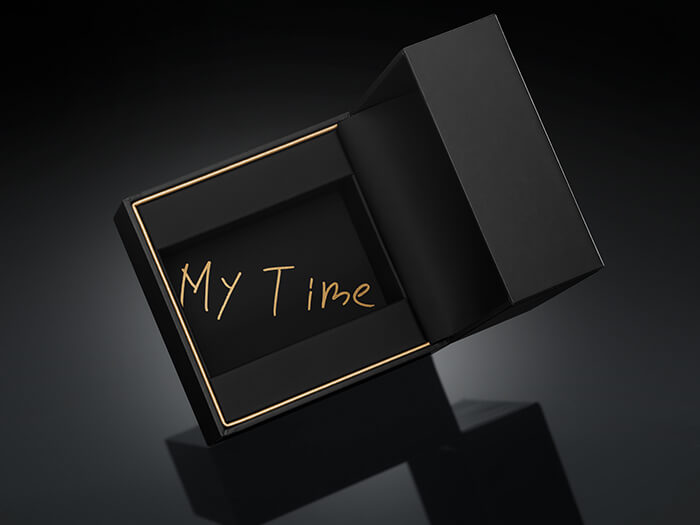 Rui Hachimura reacts to the GST-B100RH-1A in an exclusive interview. 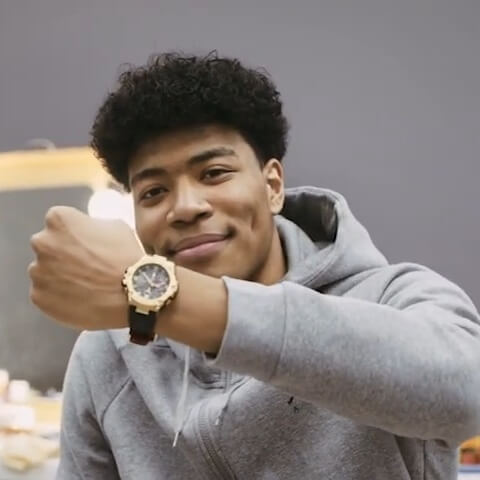 Rui Hachimura and Leatherman Promos at Gshock.com (US)

G-Shock DW-6900B-9 “Fox Fire” Japan-Only Model
Disclosure: G-Central is independently managed by fans and supported by ads. We may earn a commission on purchases from our links to Amazon, eBay, and Reeds Jewelers.

Yeah, that seems to be common these days with G-Shock watches when you compare the Japan price to the USA price. It might have to do with the increased sales tax in Japan, which was raised from 8% to 10% in late 2019. (I know that’s the pre-tax price you mentioned.) People spend less after sales tax is raised, so a business might raise its prices to make up for the decline in sales and profit. (Casio has acknowledged that the increased consumption tax hurt sales in Japan). Or maybe it’s just that the U.S. market doesn’t support as high prices as the Japan market does.