The G-Shock Sand Beige Military Color Series is a back to basics collection featuring classic models with beige bezels and bands and simple white faces. The three models revealed in Japan include the AWG-M510SEW-7AJF (left), DW-5600EW-7JF (middle), and DW-6900EW-7JF (right).

The AWG-M510SEW-7AJF is a Tough Solar/Multi-Band 6 analog-digital model that has the same resin case design as the first-ever analog-digital G-Shock AW-500 from 1989. This model is most likely a Japan-only release, but the other two should see a wide release.

The classic DW-5600 and DW-6900 base models are the best-selling G-Shock watches of all time. The affordable prices of these two models along with the easy to read positive LCD displays make them an excellent choice for work use or outdoor recreation. The DW-5600EW-7 is a good choice for those who prefer a smaller, slim G-Shock watch that doesn’t get in the way. The DW-6900EW-7 with its easy-access front EL backlight button is a good option for military or law enforcement personnel who wear desert-style uniforms. (For more new desert-style G-Shocks see the Master In Desert Camouflage Series). 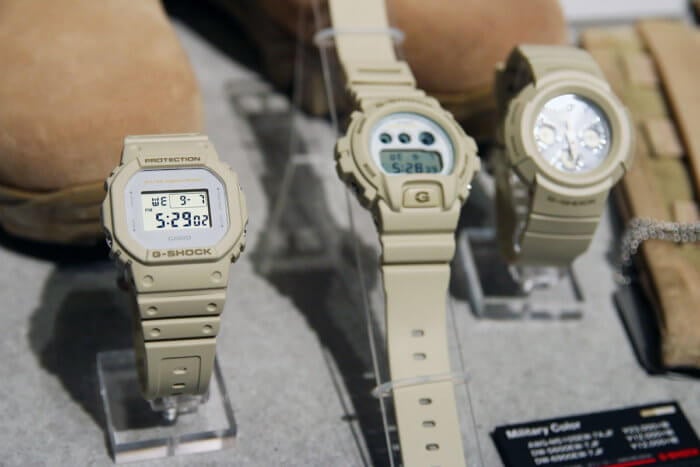 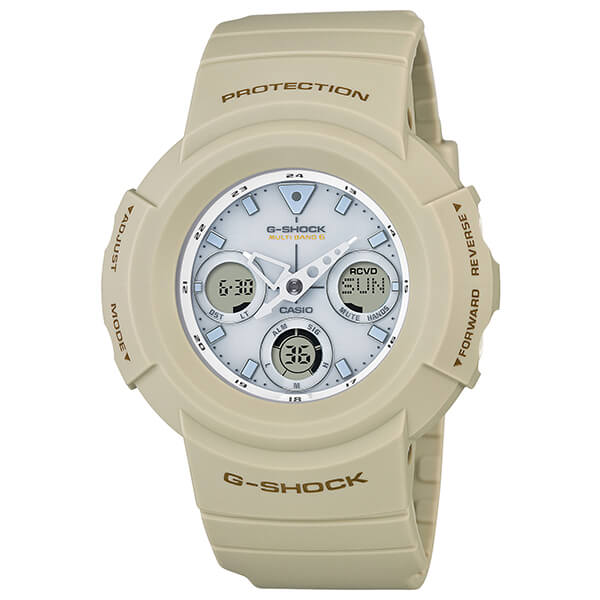 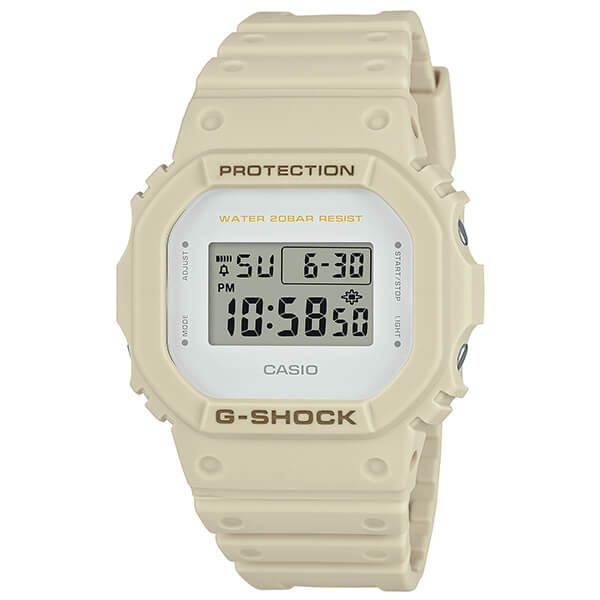 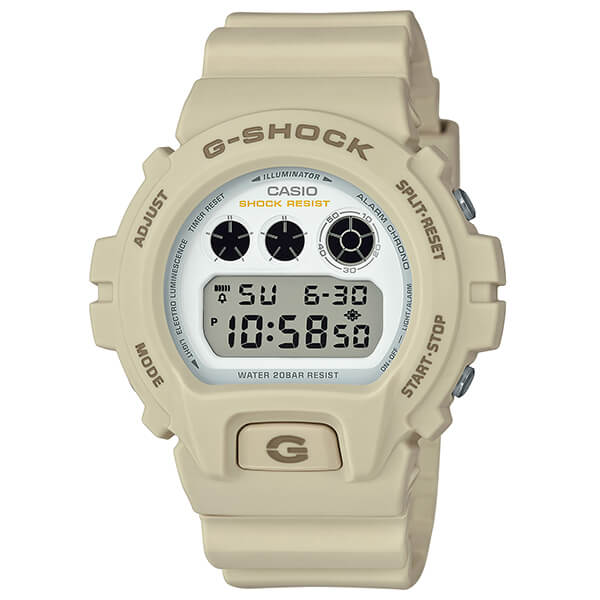 G-Shock GA-710 Garish Color Series with Metallic Face, Blue GA-700-7A & White GA-700-7A
Disclosure: G-Central is managed by fans and supported by ads. We may earn a commission on purchases from our links to Amazon, eBay, and Reeds Jewelers.