Announced by G-Shock Japan for September, the Master in Desert Camouflage collection includes the Mudman GW-9300DC-1JF, Rangeman GW-9400DCJ-1JF, and Mudmaster GWG-1000DC-1A5JF. The Master in Desert Camouflage models have black bezels with a light brown desert camouflage band pattern. The watches have a tough military appearance with light brown bezel lettering and orange accents on the faces.

Previously such Master of G collections with the Mudman and Rangeman consisted of digital-only models and also included the Frogman GWF-1000 or GF-8250. The inclusion of the analog-digital Mudmaster in place of the Frogman leads us to speculate that the previous Frogman GWF-1000 model may have been discontinued with the release of the new GWF-D1000. Also note that G-Shock Japan is calling this a “Master in…” series instead of the previously used “Men in…” titles. 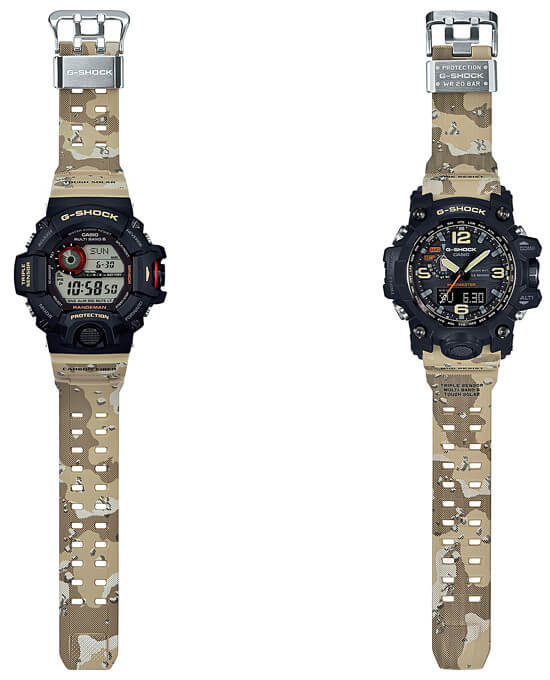 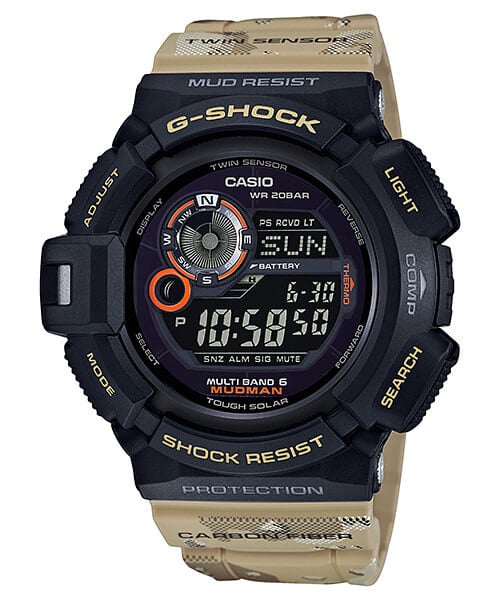 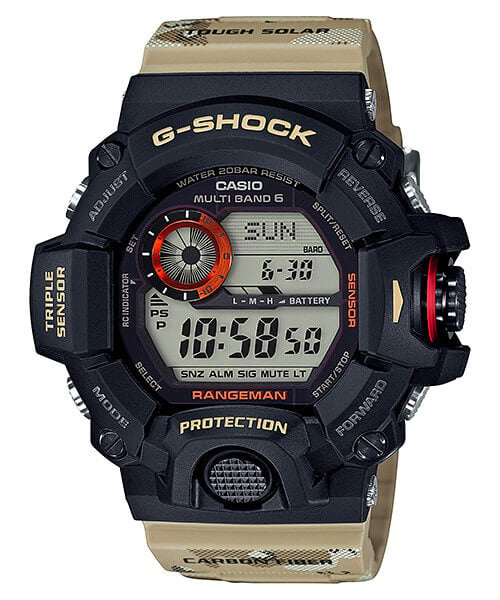 G-Shock Sand Beige Military Color (EW) Series
Disclosure: G-Central is independently managed by fans and supported by ads. We may earn a commission on purchases from our links to Amazon, eBay, and Reeds Jewelers.

I’ve always loved the look of the Desert Camo GW-9300, but those negative displays are damn near impossible to read. So, I bought the standard carbon fiber GW-9300 along with the desert camo mod kit for the 9300, which has the strap and bezel. Took about 5 minutes to replace them. My new 9300 now looks exactly like the desert camo 9300 and I actually can read the display.

Were sid you buyed those kit?