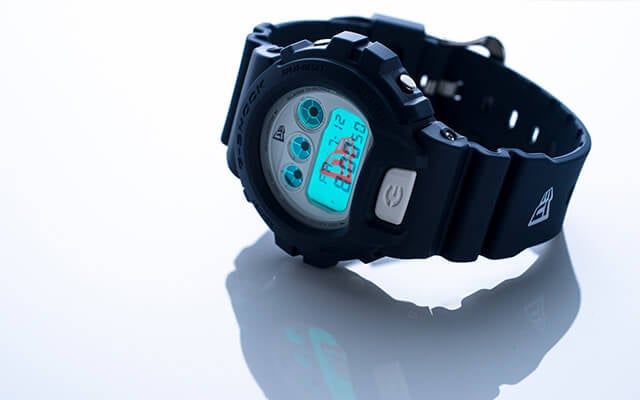 The first G-Shock collaboration of 2016 comes to us from Japan courtesy of New Era. The base model is the G-Shock DW-6900 and the color scheme is a minimalist-style navy blue bezel and band with a white face. There is an all-white EL backlight button and a navy blue strap keeper. The bezel has stealth lettering and the New Era flag logo is featured on the face, band, EL backlight, and the custom engraved case back.

The New Era Cap Company is based in Buffalo, New York but this watch is a Japan-only release in collaboration with New Era Japan. New Era is the exclusive manufacturer for all on-field Major League Baseball caps and also produces licensed team and streetwear caps.

The G-Shock x New Era DW-6900 Navy watch was released on January 2 and can be purchased at the New Era Online Store and New Era stores in Japan. Retail price is ¥18,000 JPY plus tax. 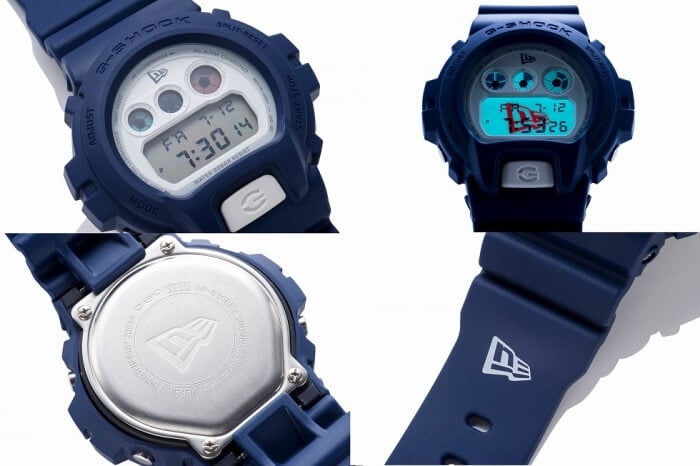 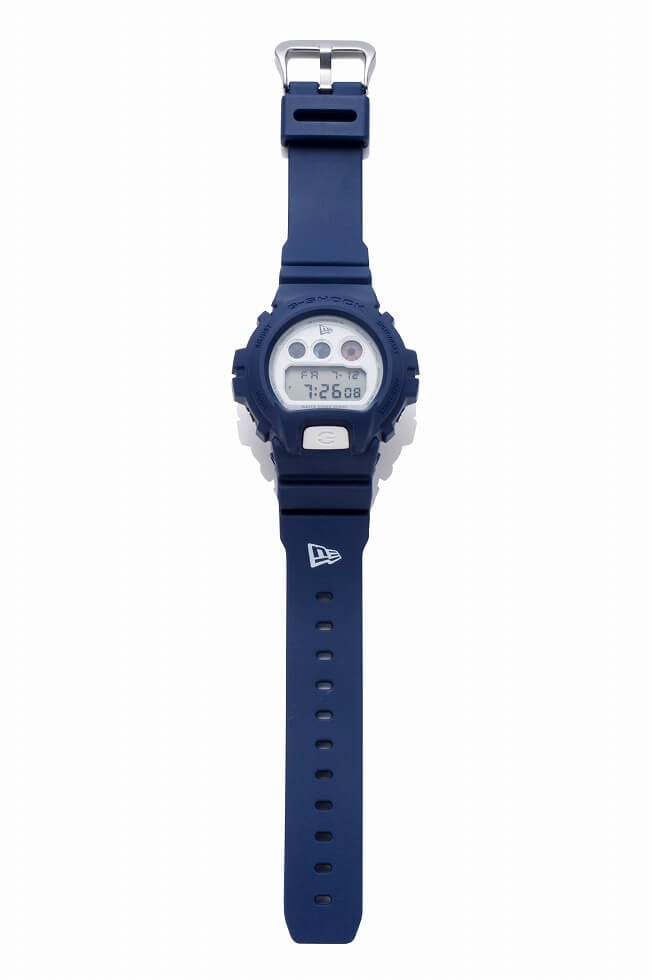