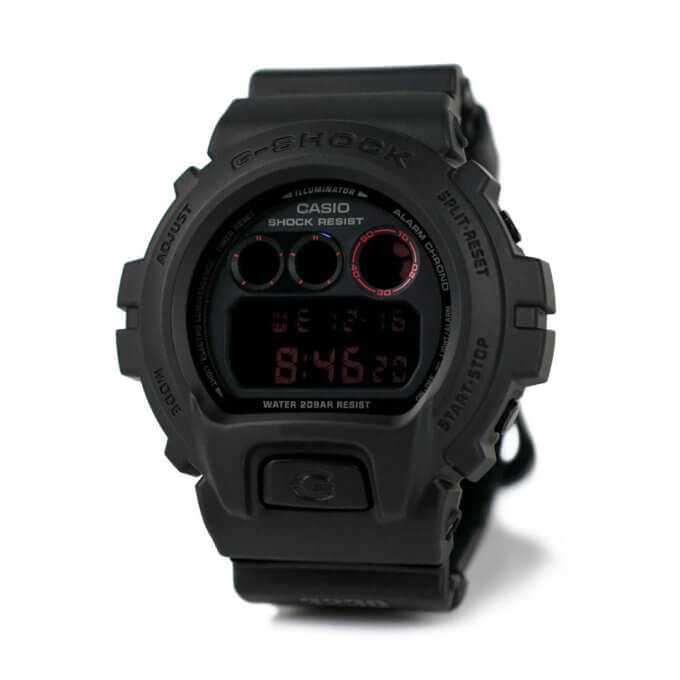 New York streetwear boutique Privilege released a limited G-Shock DW-6900 collaboration. The base is a blackout DW-6900MS-1 with a red-tinted inverted LCD display. The band features a custom print of a large Privilege logo spanning both ends that combines a silhouette of the New York skyline into it.

The flagship Privilege store is located at 153 Essex Street in New York’s Lower East Side. There are also Privilege stores in Japan in Tokyo, Niigata, Sendai, Nagoya, and Takasaki.

The Privilege New York x G-Shock DW-6900 watch is available for $130 at pvlgnyc.com (international shipping available), at the Privilege New York store, and at the G-Shock Soho store in New York. Limited black or white t-shirts featuring the same logo design from the collaboration are also available online for $40 each. 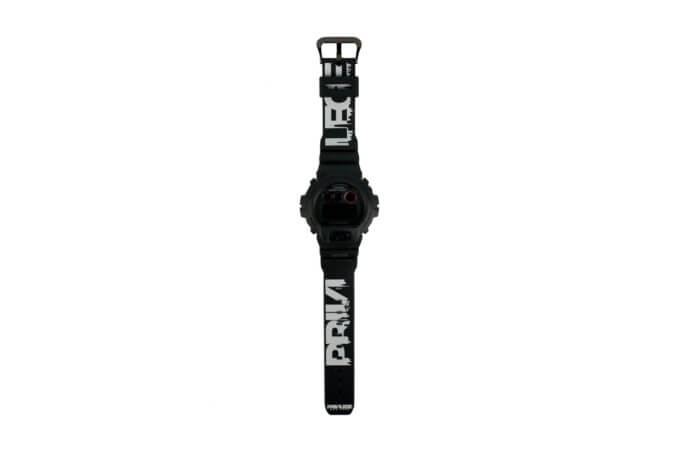 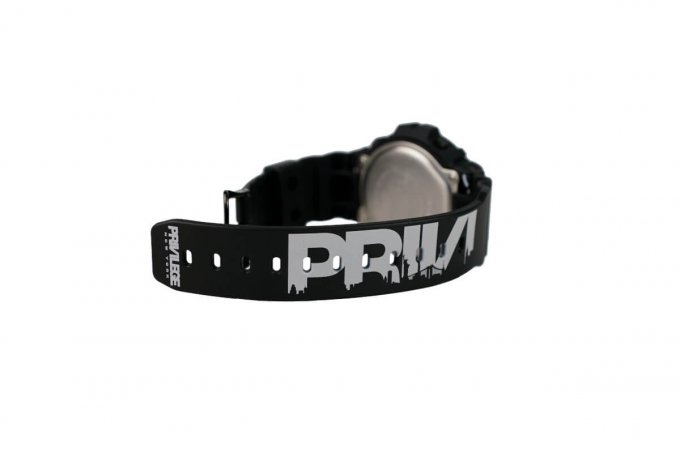 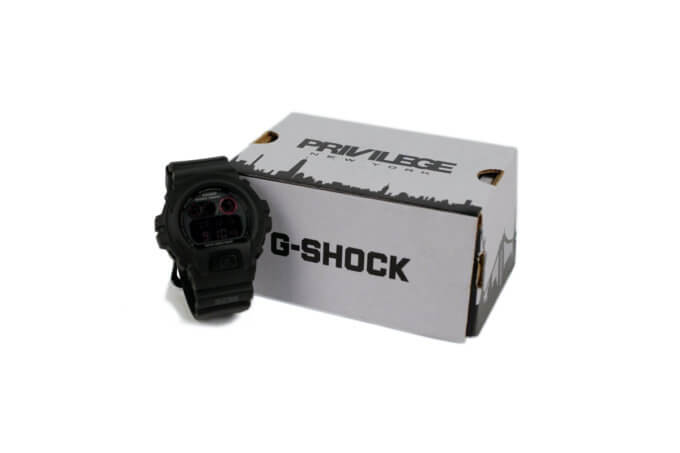