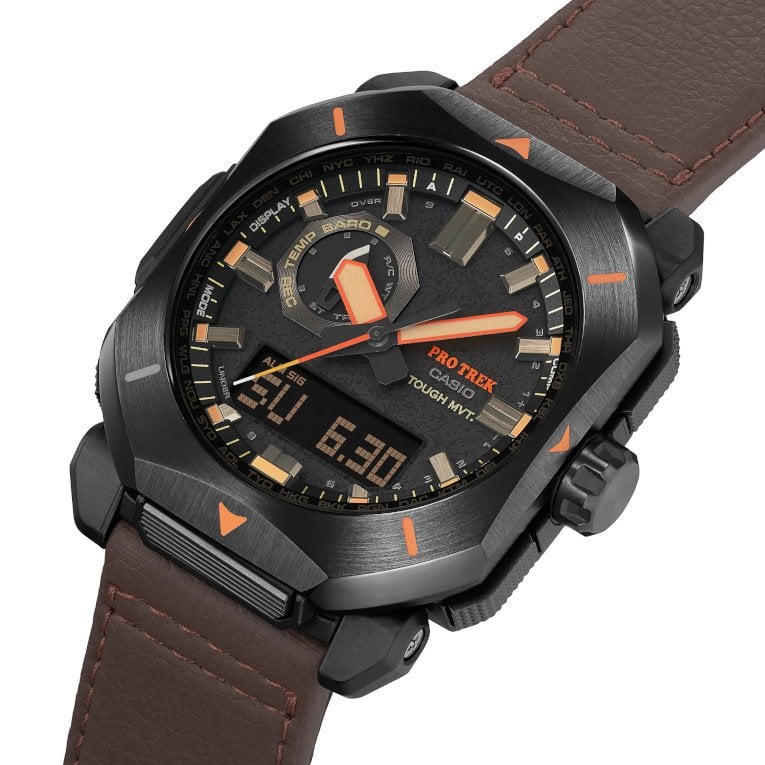 Update: The Pro Trek PRW-6900YL-5 is now available from Amazon.

Update 2: If you got this for under $300 earlier, congrats, the watch is now being sold by Amazon.com for $500 (as of December 10, 2022). If you didn’t, it’s possible that the price may go down again, as Amazon frequently sells Pro Trek watches at big discounts.

The Pro Trek PRW-6900 series has gotten a lot of attention due to its unique octagonal and squarish style. The PRW-6900YL-5, with a brown synthetic leather band, is currently listed for sale by Amazon.com, but it is also “Temporarily out of stock.” It was in this status since we first saw it, and we suspect that it has never been in stock yet (though we’re not certain about this). At first, the price was $266.90, and it is now $267.05 as of October 19, 2022. Considering the price of 68,200 yen in Japan (around $456), this is a great price, assuming that the watch will be available in the near future. As this watch is “Sold by Amazon.com,” it is an official U.S. release that is covered by a Casio warranty. (The PRW-6900 series was not announced by Casio America and was only released in Japan so far, but this is sometimes the case with certain Pro Trek watches on Amazon. (This should not be confused with the “PRW-6900YL-5JF” import version, which is sold by sellers in Japan for around $450.)

Another recent release, the Casio MCW-200H-4AV, also had the “Temporarily out of stock” status on Amazon initially, and it is now available (although it “Usually ships within 1 to 2 months,” according to the listing). We’re hopeful that the PRW-6900YL-5 will also be available soon. 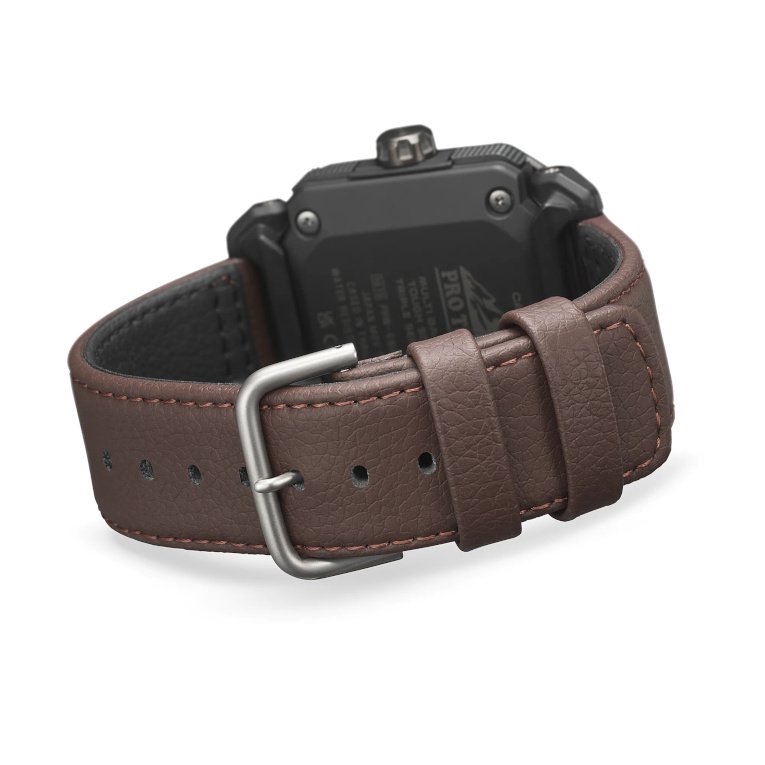 Pro Trek PRW-70: Like the PRW-7000 but smaller
Disclosure: G-Central is managed by fans and supported by ads. We may earn a commission on purchases from our links to Amazon, eBay, and Reeds Jewelers. Please follow your country's official G-Shock site for additional release information.

100 meter water resistance? I think this is the first time a G-Shock has ever had only 100m WR

It’s a Pro Trek watch (which are often 100M WR). Sometimes we also cover Pro Trek watches here (which are also made by Casio). It doesn’t say G-Shock anywhere on the watch or in the article. Pro Trek is not G-Shock. Sorry for the confusion.

Ive just got my hands on one of these beauties! I imported it from Japan and only took 4 days to arrive here in the UK. I got the green / gold model..