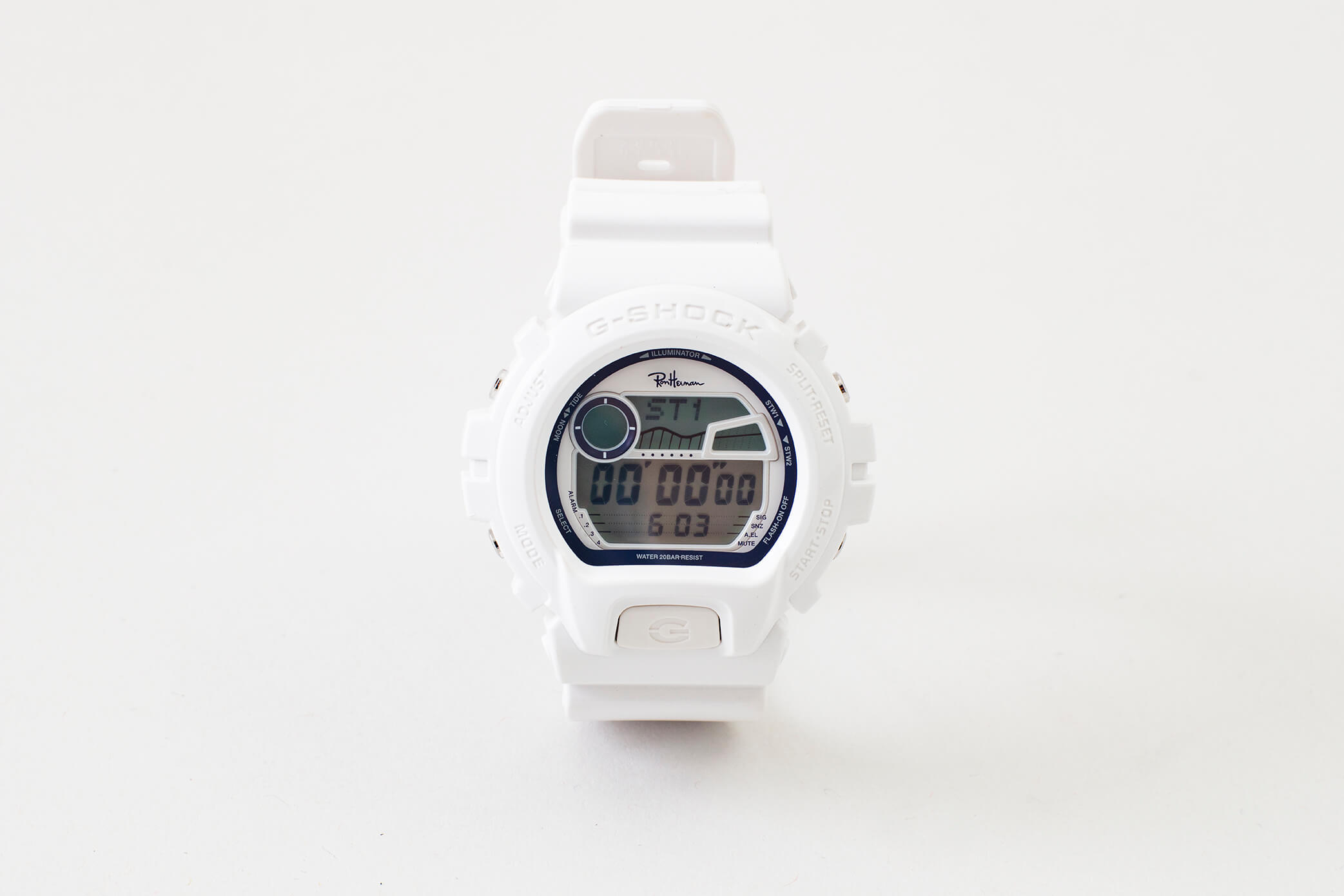 The Japan division of California fashion brand Ron Herman is teaming up with Casio for a G-Shock collaboration watch to celebrate the fifth anniversary of Ron Herman’s Roppongi and Osaka stores. The watch has a marine theme with a white-out bezel and a navy blue display ring that matches summer attire. A Ron Herman logo sits at the top of the display and is also stamped on the stainless steel case back. The base model is the G-Shock G-LIDE GLX-6900, a surfing model featuring a tide and moon graph along with world time, EL backlight, and 7-year battery. 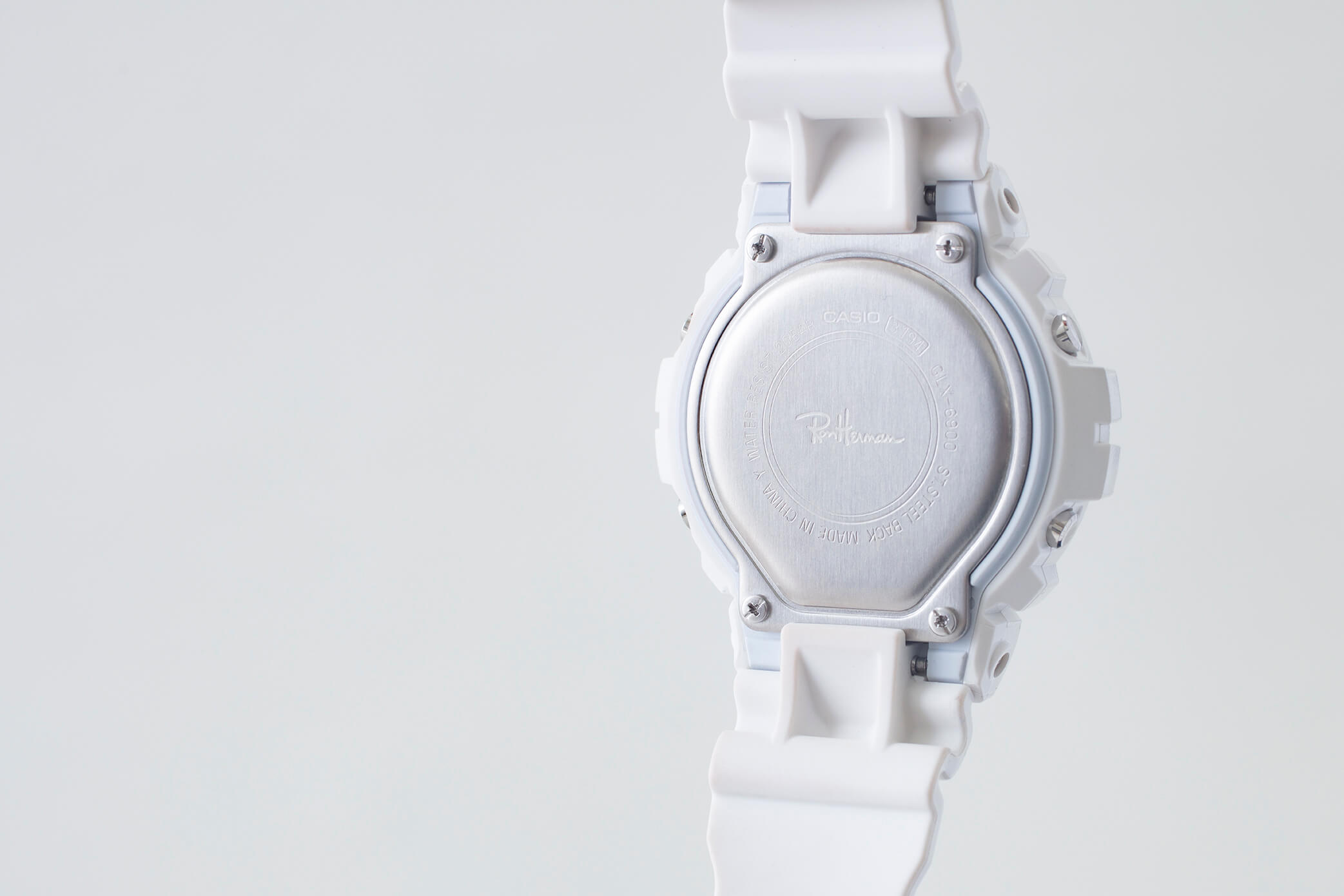