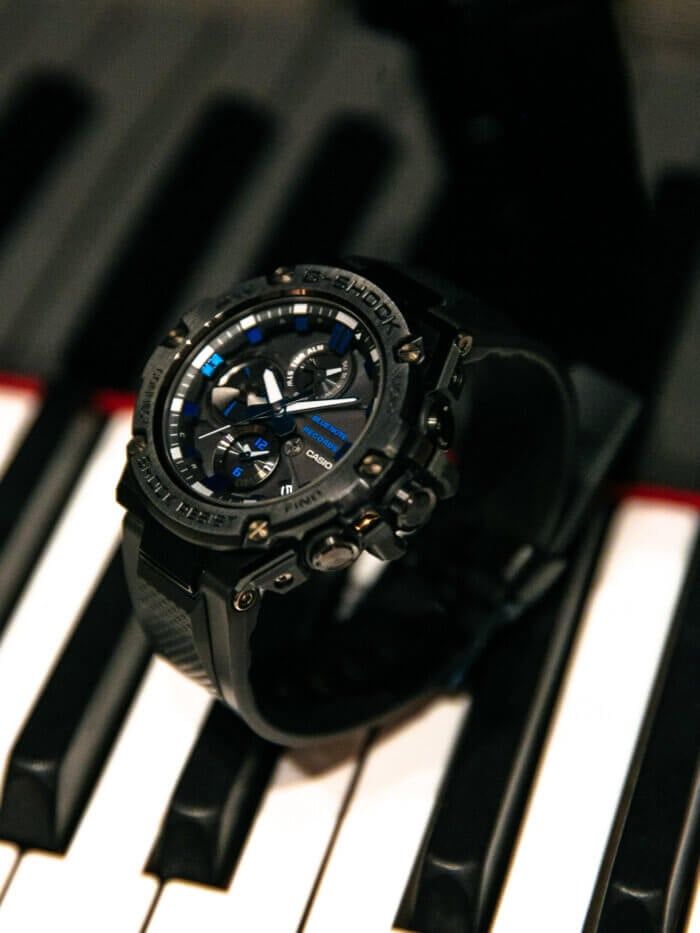 Casio America announced a surprising new G-Shock collaboration with Blue Note Records to be released in March 2019. The G-Shock G-STEEL GSTB100BNR-1A was created to celebrate the legendary jazz record label’s 80th anniversary. The watch features a sleek black colorway with blue accents on the dial and buckle including a Blue Note Records logo on the face. The lower left button, buckle, and case back have a blue IP finish and the case back features a custom engraving that resembles a vinyl record and the Blue Note logo. The watch comes in exclusive jazz-inspired packaging and includes a deluxe case with a co-branded metal plate. The GSTB100BNR-1A, based on the GST-B100, combines stainless steel and resin parts and features shock resistance, 200-meter water resistance, Tough Solar power, and Bluetooth mobile link.

Founded in 1939, Blue Note Records is the most respected and longest running Jazz label in the world. Its roster is a veritable who’s who of legendary jazz artists and its records have been frequently sampled in hip-hop music. Its recent lineup includes many hip-hop-inspired artists such as Robert Glasper.

“Blue Note and G-Shock have a history of refinement and shifting culture,” said Don Was, President of Blue Note Records. “We felt G-Shock was the right partner to help us celebrate our 80th anniversary while we usher in a new era at the label. It’s about bringing our audiences together and giving them something they can love, whether they’re a Jazz aficionado or a hip-hop lover.”

A promotional video starring Blue Note artists Charles Lloyd, Kendrick Scott, and lophiile was created for the watch release and can be viewed below. The playlist “Daddy Kev’s Blue Note X G-SHOCK Mix” was inspired by the collaboration and is available for streaming. 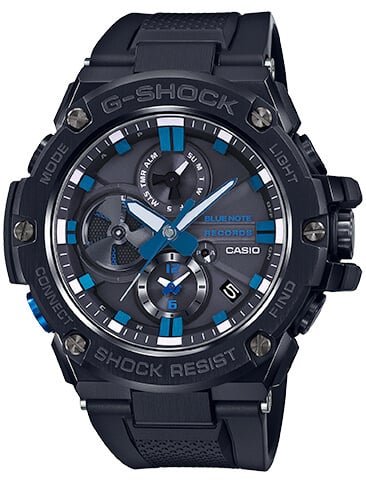 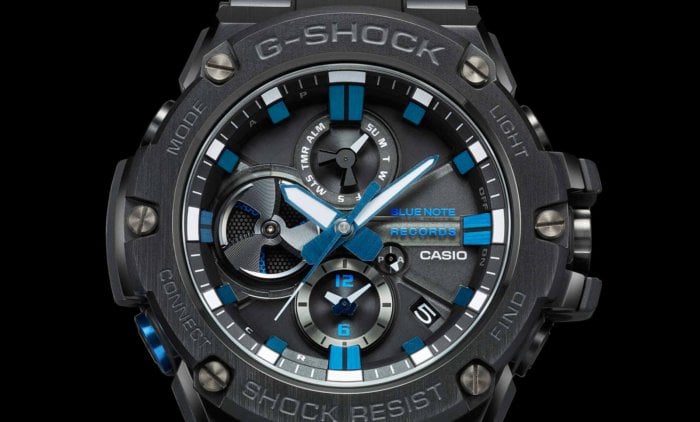 Jim Beam x G-Shock DW-5600 Limited Edition
Disclosure: G-Central is managed by fans and supported by ads. We may earn a commission on purchases from our links to Amazon, eBay, and Reeds Jewelers.