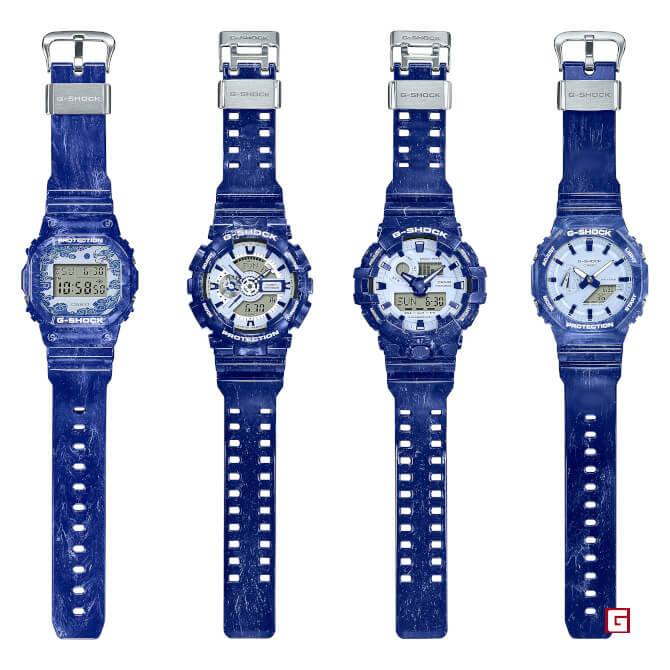 G-Shock China unveiled an upcoming series inspired by blue and white porcelain ceramics from traditional Chinese culture and the city of Jingdezhen, known as the “Porcelain Capital.” Each watch has a whitish blue dial or face and a blue bezel and band mix-molded with white. This molding process produces completely unique markings and swirls of color on each watch. The DW-5600 model also has an intricate blue dragon design on the face. Each watch has a silver stainless steel band keeper, which is an upgrade over the standard resin keeper. An exclusive “G-FAMILY” doll figure with a skateboard on its back was also created to be included as part of a gift box set for each watch. 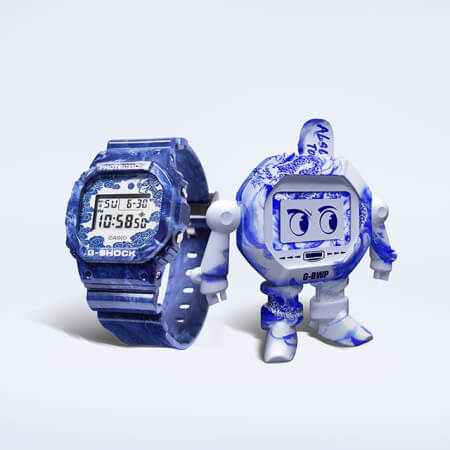 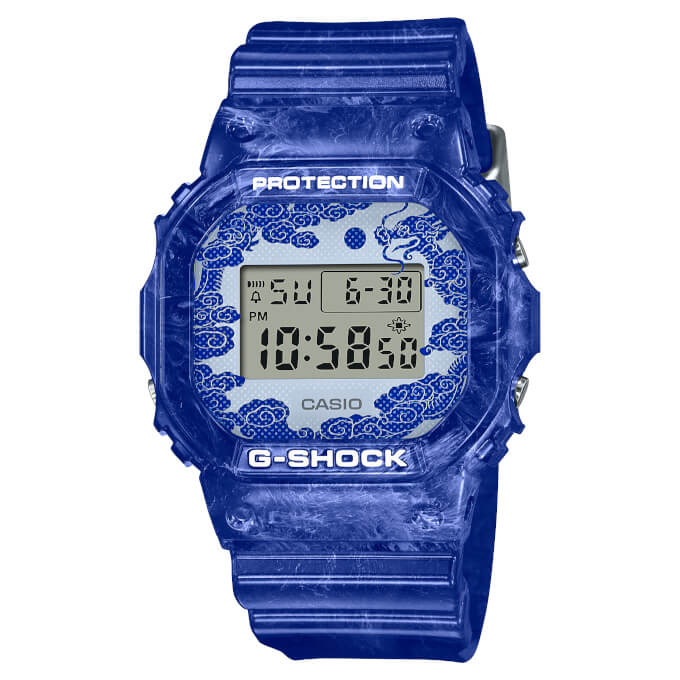 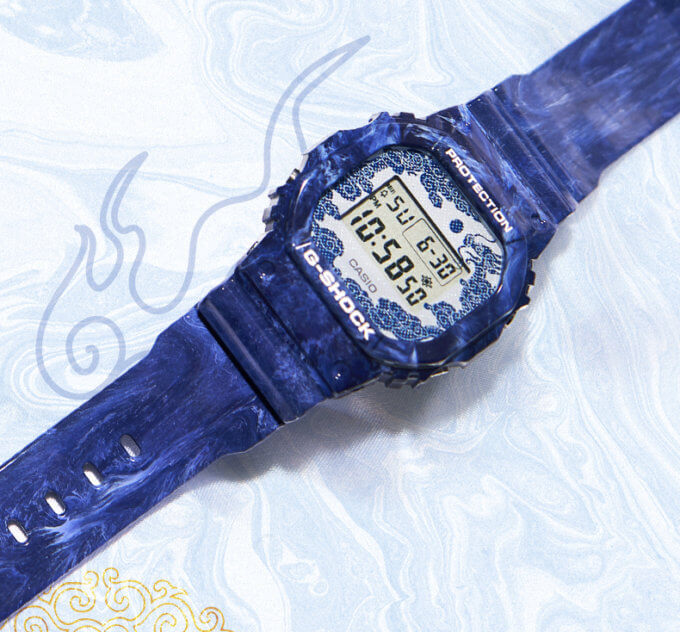 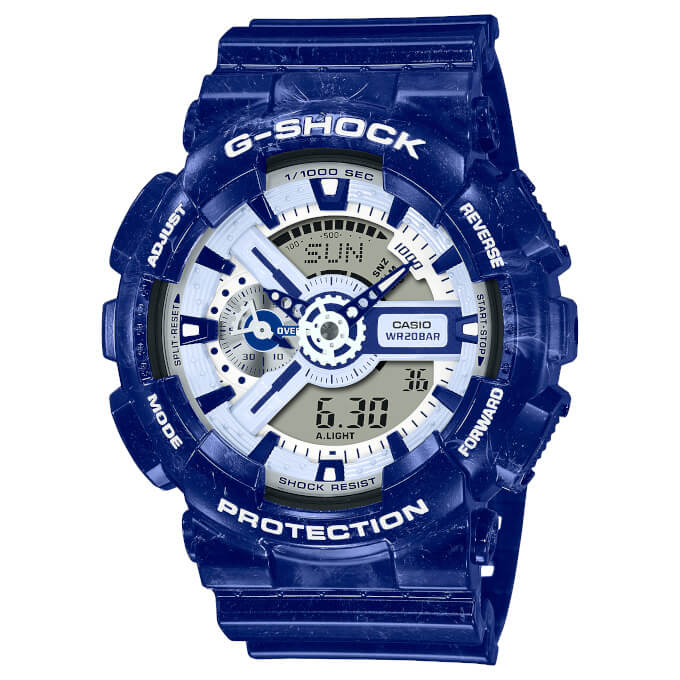 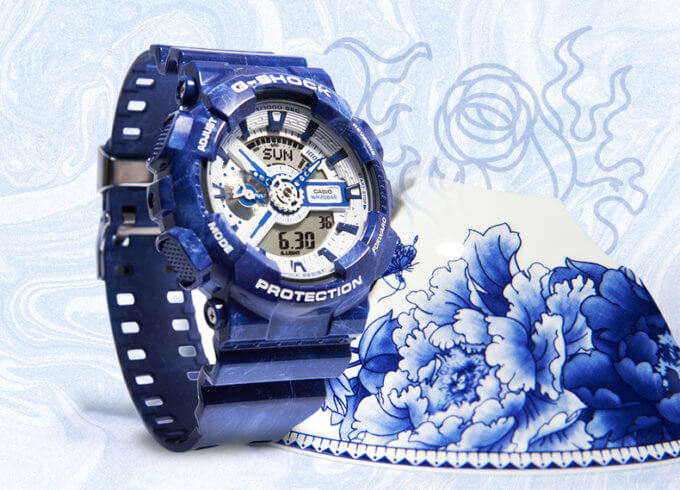 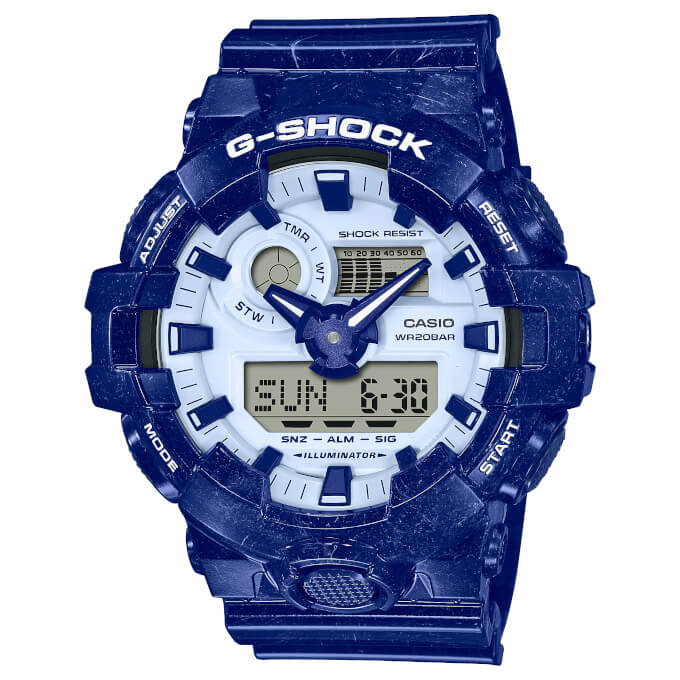 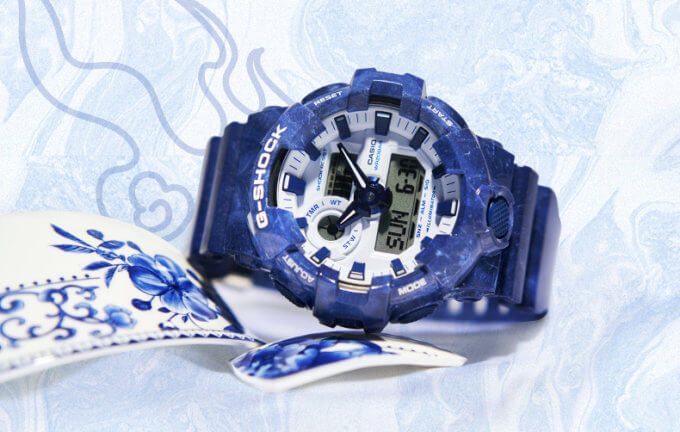 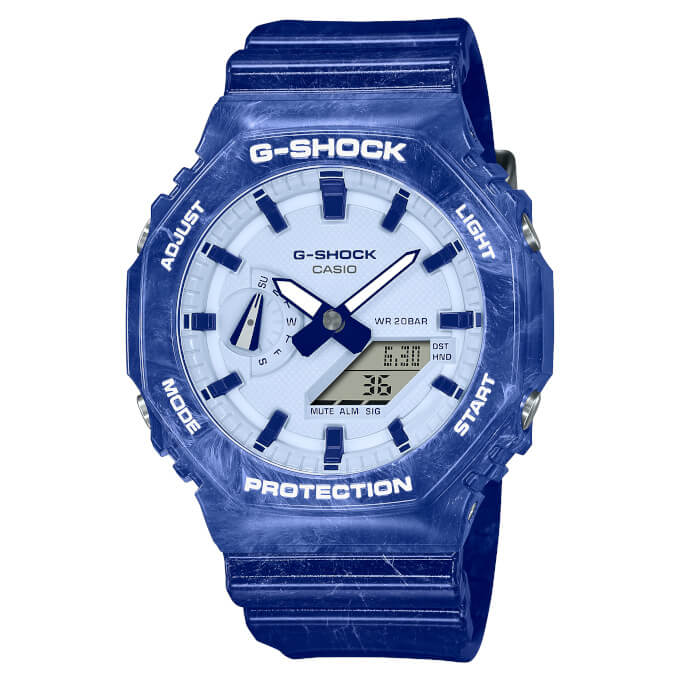 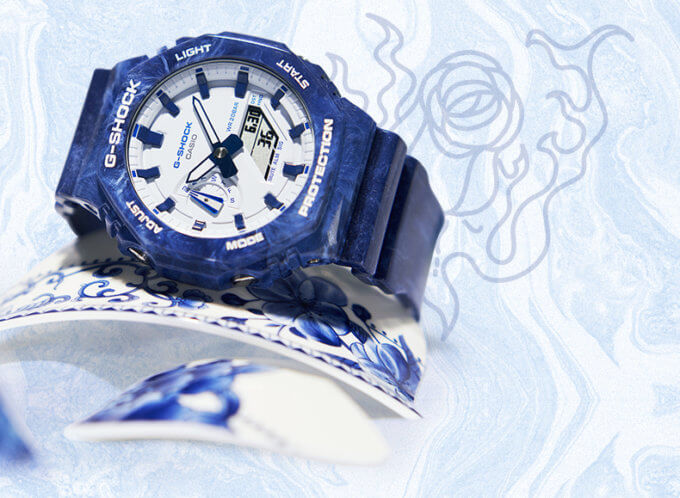