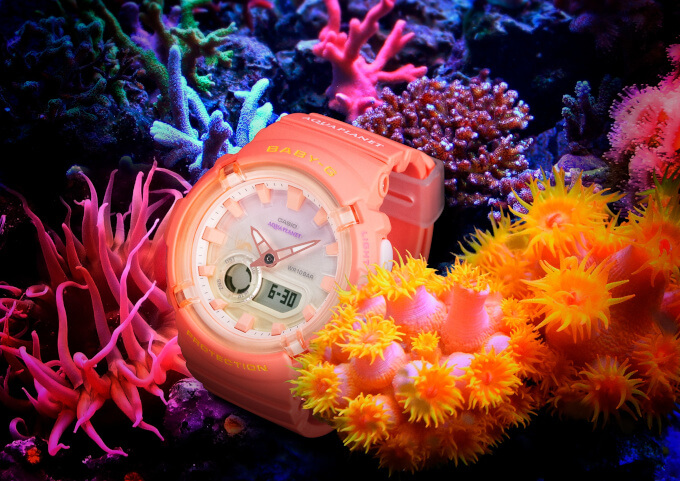 The Baby-G BGA-280AQ-4AJR is the fourth collaboration with Aqua Planet, an environmental conservation group led by actress Ritsuko Tanaka. Aqua Planet collaborations are part of the long-running Love The Sea And The Earth limited edition series

The BGA-280AQ-4AJR is inspired by sun coral and has a bright orange bezel and band. The dial has gradated colors with the image of a Kanzashi hermit crab on the left side. Aqua Planet logos, “Our Ocean, Our Future,” and “Love The Sea And The Earth” text are printed on the band, and the watch has a translucent band keeper. The exclusive packaging is free of plastics and includes a recycled paper box and cotton drawstring bag.

The BGA-280AQ-4AJR is a June release in Japan, with a tax-included price of 15,400 yen. The previous three Aqua Planet collaborations were also released throughout Asia, so there’s a good chance that the BGA-280AQ-4A will also get a wider release. 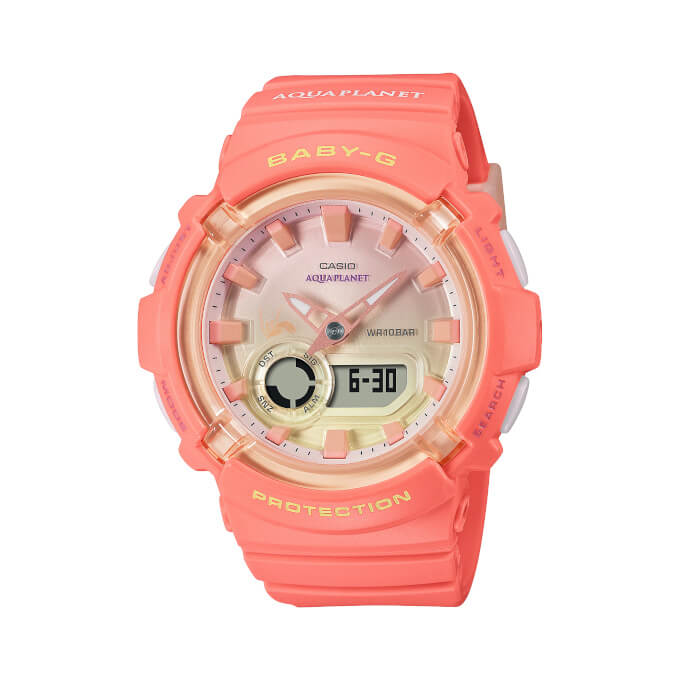 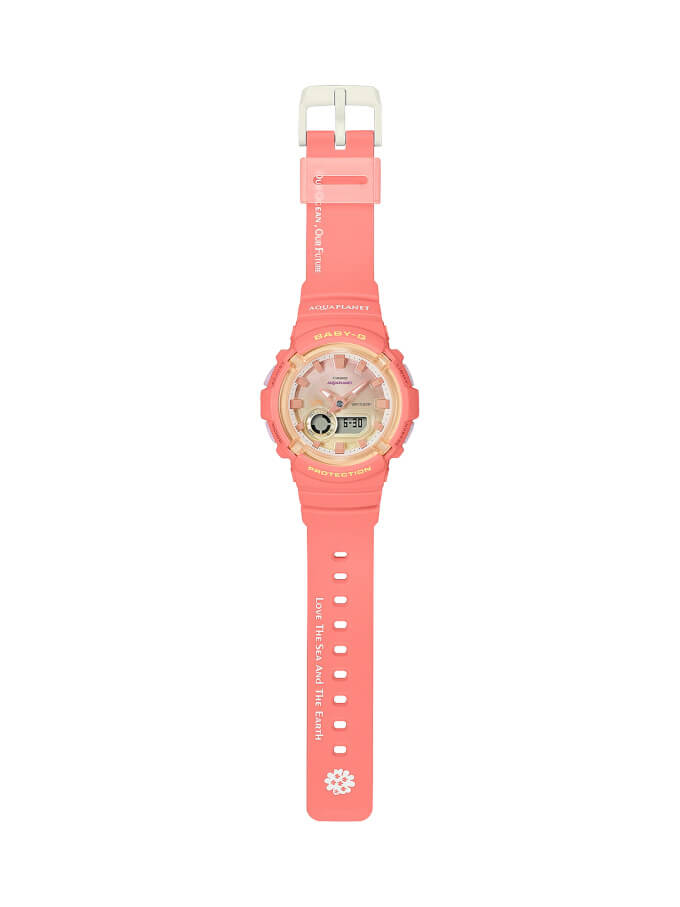 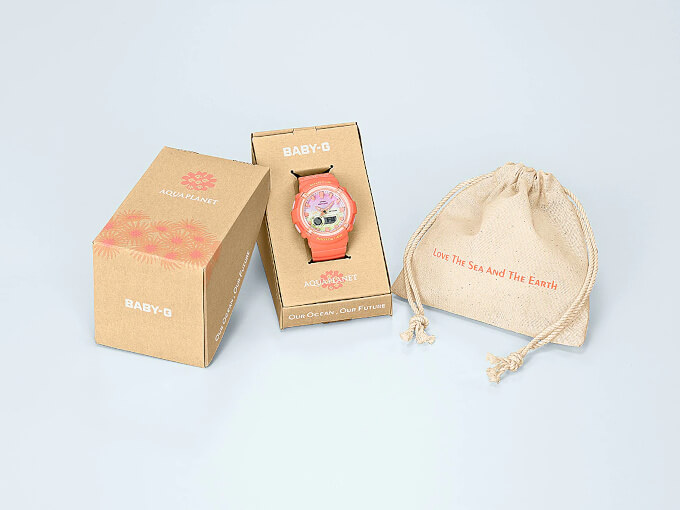