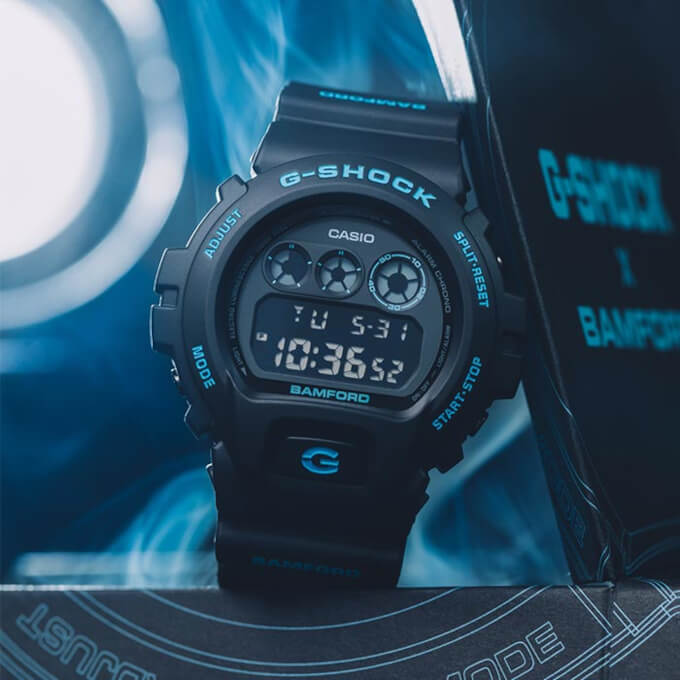 The launch event for the Bamford x G-Shock DW-6900BWD-1 at the G-Shock London Store on Carnaby Store was shut down by the police, according to WatchPro. A large queue formed around the block before the opening, and although there were no reports of trouble, the police were called and the store was closed due to safety concerns. (Update: According to social media, some customers were able to buy the watch before the closing.) The closure is reminiscent of the MoonSwatch launch in March, in which the Swatch store on Carnaby was also forced to close due to large crowds.

George Bamford was at the event and stated, “I am so, so sad that the police shut down the G-Shock store. I am absolutely shocked and I couldn’t believe the queue. Today was getting out of control and I got a very small glimpse of how quite a few trainer stores feel when they drop a new pair of trainers … I am sad for the true collectors and I was very lucky to see a lot of them in the queue. I took some selfies with a few of them and the atmosphere was amazing.”

The G-Shock DW-6900BWD-1 is the second collaboration with Bamford, a London-based watch label and customization shop. The limited edition watch will still be available online on Wednesday, July 20, at 10 a.m. BST at g-shock.co.uk and bamfordlondon.com. It will also be available at Dover Street Market London on Thursday and is scheduled for a worldwide release on August 1.

G-Shock Watches in Phnom Penh and Khmer Limited Editions
Disclosure: G-Central is managed by fans and supported by ads. We may earn a commission on purchases from our links to Amazon, eBay, and Reeds Jewelers. Please follow your country's official G-Shock site for additional release information.