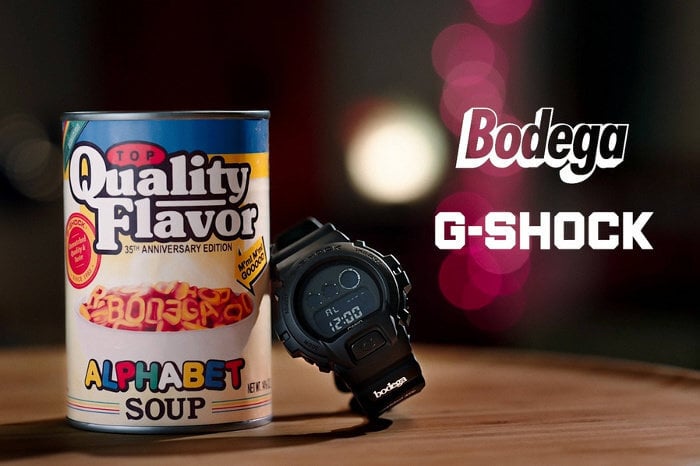 Boston-based streetwear retailer Bodega is releasing its first G-Shock collaboration watch to celebrate G-Shock’s 35th Anniversary. The Bodega x G-Shock DW-6900BB-1BD is based on the Basic Black DW-6900. This limited edition watch features Bodega logos on the bands along with “established 2006” and the slogan “hidden in plain sight.”

The watch is housed in unique packaging which is a “stash can” disguised as an alphabet soup can. On closer inspection one will find “Bodega” spelled out in alphabet soup letters, a G-Shock logo, and references to G-Shock’s founding year and the 35th Anniversary. This “hidden in plain sight” concept was made famous by Bodega, whose Boston store appears to be an actual bodega from the outside.

The Bodega x G-SHOCK DW-6900 launches Thursday, December 20th, 2018, at the Bodega stores in Boston and Los Angeles and online at bdgastore.com. 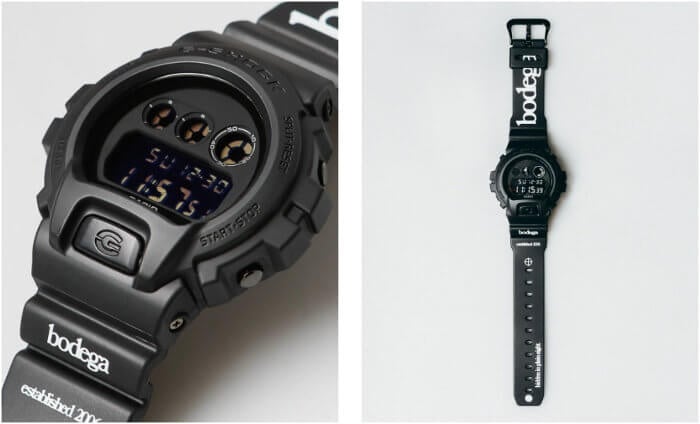 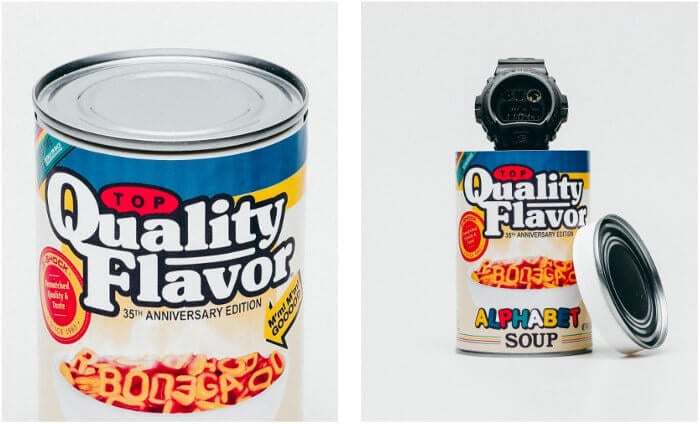